Although I was born in 1980, a full 42 years after the first Volkswagen rolled off the assembly line in Nazi Germany, I can’t help but feel a twinge of nostalgia as I write this.
It’s the end of the line for the Volkswagen Beetle.
After more than 80 years of production, one of the world’s most distinctive and memorable cars is about to disappear.
Like many contemporary small cars, the compact, two-door Beetle is falling victim to changing times. Spacious, family-friendly SUVs and crossovers are in style, and fun-to-drive compact cars are out, including adorably quirky ones like this.
The fact that the Beetle lasted this long is remarkable. The original Type 1 Beetle — the one kids call a “slug bug” when it drives by with its buzzy, air-cooled engine perched over the rear axle — resulted in 21 million sales before it finally ceased production in 2003.
The replacement New Beetle, with its more conventional water-cooled, front-engine layout and familiar bubble shape, had a remarkably good two-decade run of its own starting in 1999. 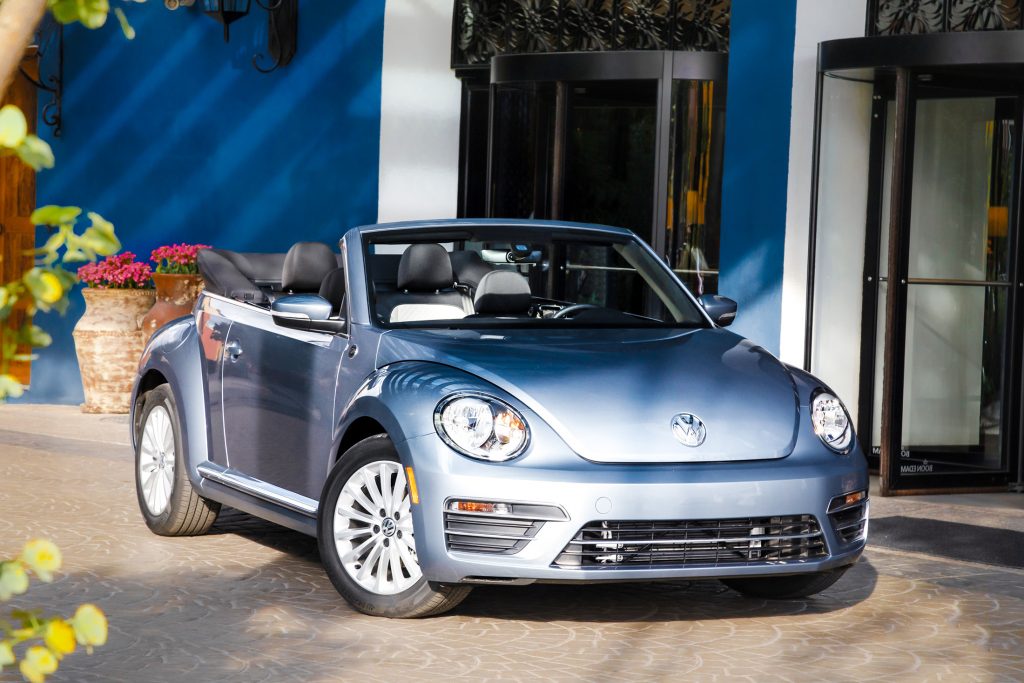 The Volkswagen Beetle is saying goodbye with a Final Edition for 2019. Despite its long history of fun, eyebrow-raising special editions, this one is remarkably understated.

All good things must end, though, which is how I find myself behind the wheel of a Beetle called the Final Edition.
For a car with a long history of fun and goofy special editions, from the striped GSR to the more recent version with pink paint and a hashtag for its name — #pinkbeetle — Volkswagen easily could have done something outlandish for this car’s last hurrah.
Instead, the changes are minimal and tasteful.
There’s a script “Beetle” badge where the “Turbo” normally goes on the go-fast models, plus 18-inch wheels and a nice level of standard equipment, including a punchy Fender-branded sound system.
The real selling point, though, is something a badge can’t convey: a sense of nostalgia for millions of people who have memories of VW bugs.
I loaded a hippie-tinged playlist while putting the top down on my convertible tester, remembering all the times a Beetle has played a role in my life.
I remembered driving several New Beetle testers through the years, each one putting a smile on my face as those same ‘60s tunes blared on the sound system.
I remembered teaching my teenage girl to drive a manual transmission in a Beetle.
I remembered the time my friend David was driving in front of me in his old, beloved, rust-red Beetle and swerved to miss a dog in the road, then rolled the car into a ditch right in front of me in the late 1990s. He climbed out of the wreckage and yelled, “My MiniDisc player didn’t skip!” 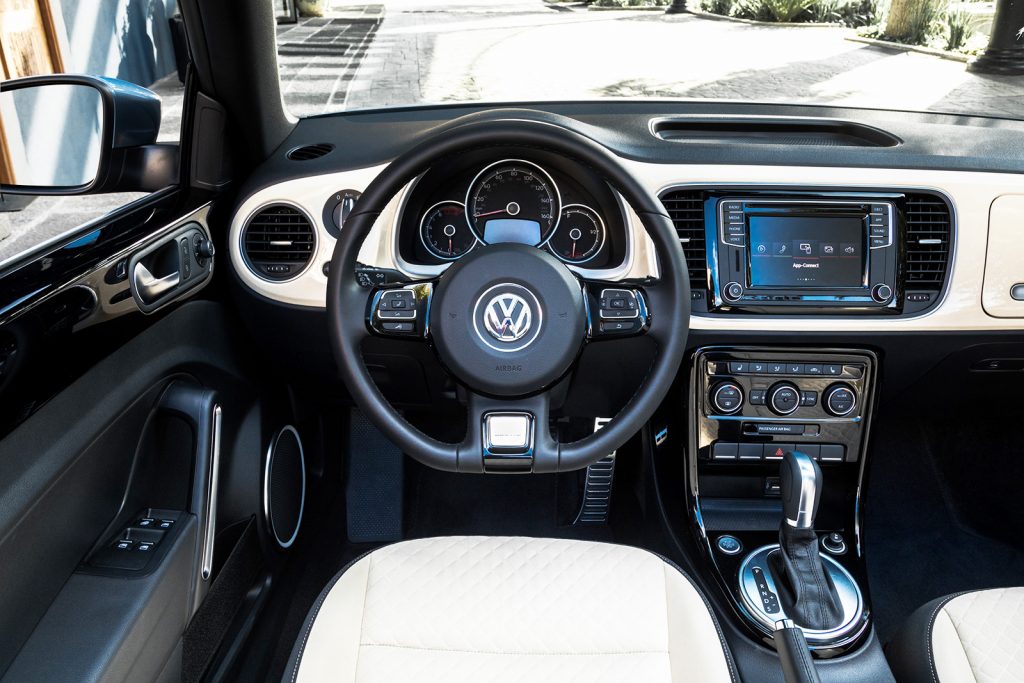 The Beetle Convertible looks almost as distinctive inside as it does outside, with colorful dash panels and a top that can lower at the touch of a button.

While my entire life represents just a sliver of this car’s long history, I still have enough emotional baggage around it to feel slightly teary-eyed while driving the Final Edition.
Yes, the reasons its sales have tapered off are all obvious. The cabin feels a bit cheap and dated. The back seat can seem small and annoying to access. Its powertrain isn’t as miserly as hybrids or forward-looking as electric cars.
The Beetle has always had its flaws, ever since Ferdinand Porsche first drew its curvaceous lines during World War II. Despite its flaws, though, it’s a car that always seemed to persist and even thrive, just like the best people I know.
And just like when good people leave us, the lingering memories that sting also have the power to soothe.

Why buy it?
It’s your last chance to buy a brand-new Beetle at a Volkswagen dealer. This classic VW still turns heads and inspires smiles with its fun, quirky, distinctive design.