The Honda Ridgeline has long been a truck that happily flies in the face of established convention.
It’s built on a minivan platform and has a fully independent suspension, making it the most nimble, responsive pickup for sale today. It also gets decent fuel economy thanks to its unusual construction.
While it can tow a respectable 5,000 pounds, that’s less than other midsize trucks and a whole lot less than a full-size, half-ton pickup. It’s more than enough capability for a lot of buyers, though, who don’t need the towing and hauling overkill that today’s giant trucks are built to offer.
It’s the practical, logical alternative.
Honda decided to make the Ridgeline look a lot more like a traditional truck this year, though, with updates to all the sheetmetal in front of the windshield.
It’s more squared-off and upright now, less like a minivan. It even gets what Honda somewhat hilariously calls a “power bulge” on the hood. 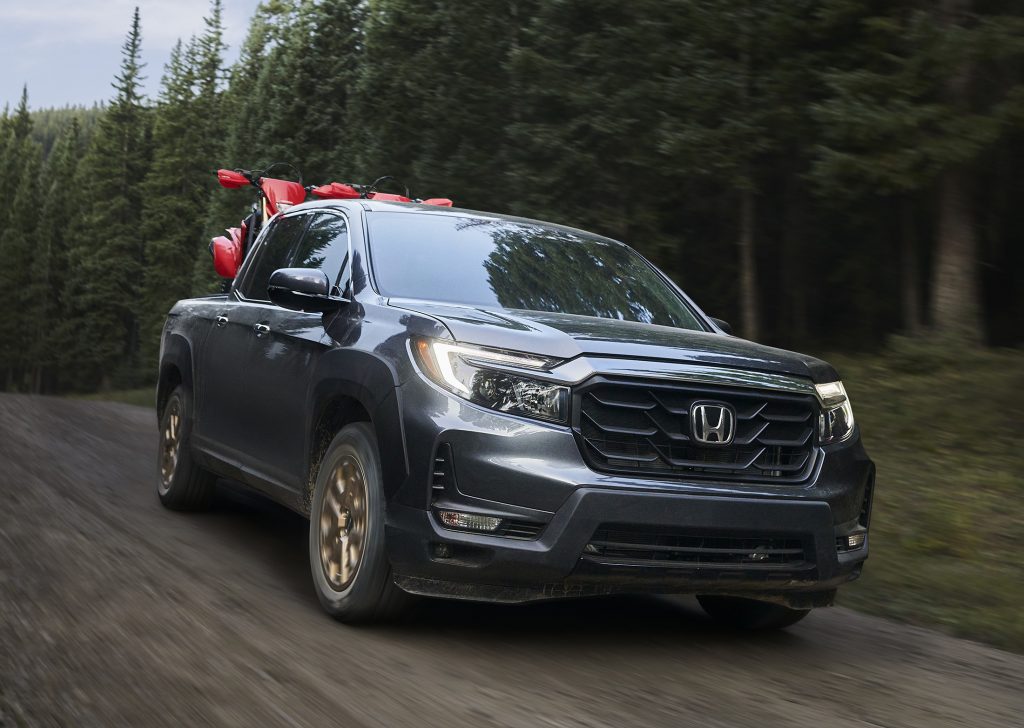 Distinctive bronze wheels, part of the new HPD package, help the Ridgeline stand out from the crowd. The Honda pickup gets new styling for the 2021 model year.

An optional package from Honda Performance Development (HPD) makes it look even tougher. Black fender flares, a black grille insert, flashy graphics on the bed and eye-catching bronze wheels make it sharp.
Unfortunately, the $2,800 HPD package is strictly about appearance. Thoughts of a Type-R Ridgeline will have to remain fantasies for now, along with hopes for one built for serious off-roading.
The Ridgeline’s infotainment system is updated for 2021 with a new icon-based home screen and a real, physical volume knob, something I’ve wanted on Honda products for years. It responds slowly to inputs, though, compared to similar systems in other trucks.
All-wheel drive is now standard across the lineup.
A 3.5-liter V6 makes 280 horsepower, enough to make it feel quick at stoplights and when passing on freeways. A nine-speed transmission delivers fast, effortless shifts.
Perhaps the Ridgeline’s best selling points, though, are in the cabin and bed. They’re noteworthy for their smart layout and sheer size. 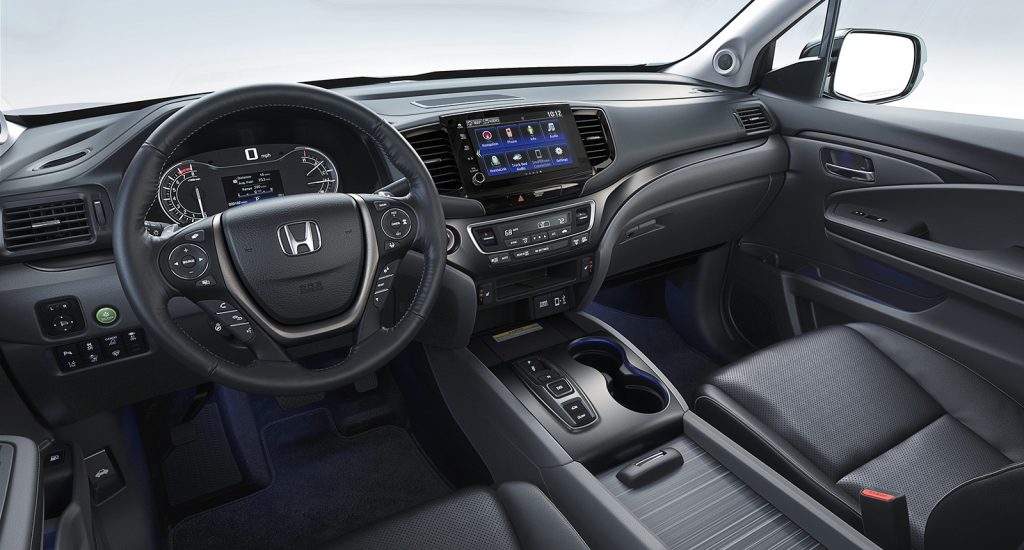 The Ridgeline’s infotainment system was updated this year with a new icon-based home screen and a physical volume knob.

This truck feels bigger inside than its mid-size domestic and Japanese-brand competitors. It rides fairly low to the ground, but the Ridgeline is so long and wide that it feels more like a full-size truck from the front seat.
Honda says it’s the roomiest cabin and widest bed in its class, and I believe it.
The Ridgeline’s size and capability help it stand out from two new brand-new, unibody-truck competitors hitting the market this year: the Ford Maverick and Hyundai Santa Cruz.
A locking compartment called the In-Bed Trunk makes a great use of otherwise wasted space in the Ridgeline. The back seats are also easy to fold out of the way, which — when combined with a completely flat floor — allows for loading big pieces of furniture or cargo inside the cabin, protected from the elements.
Pricing starts at $36,490 for the Ridgeline Sport and ranges up to $43,920 for the Black Edition.

Why buy it?
It’s the Honda of pickups: logical and reliable. It’s a capable alternative to body-on-frame trucks. 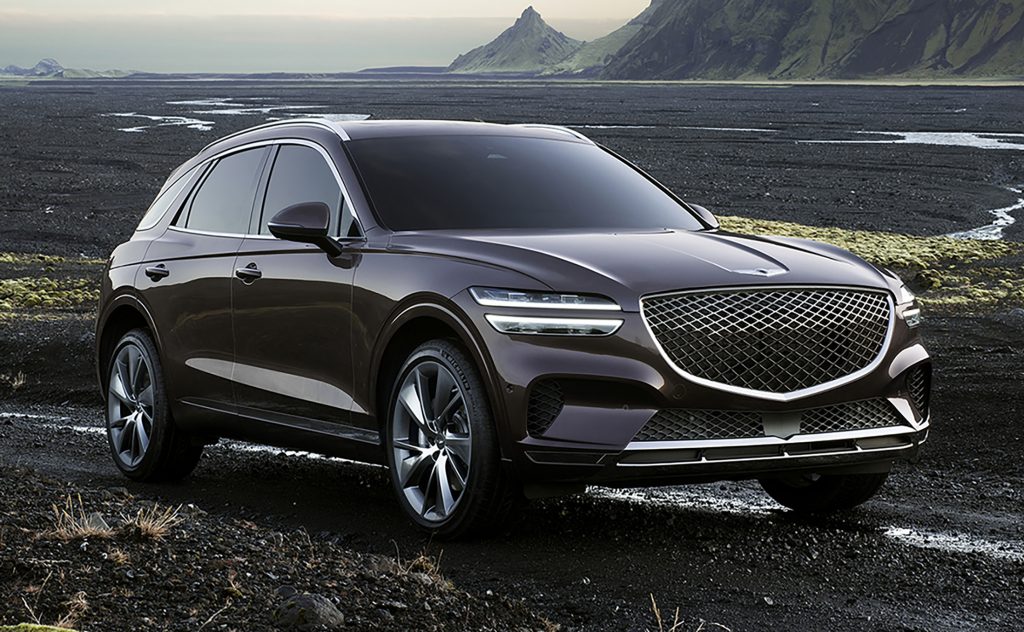 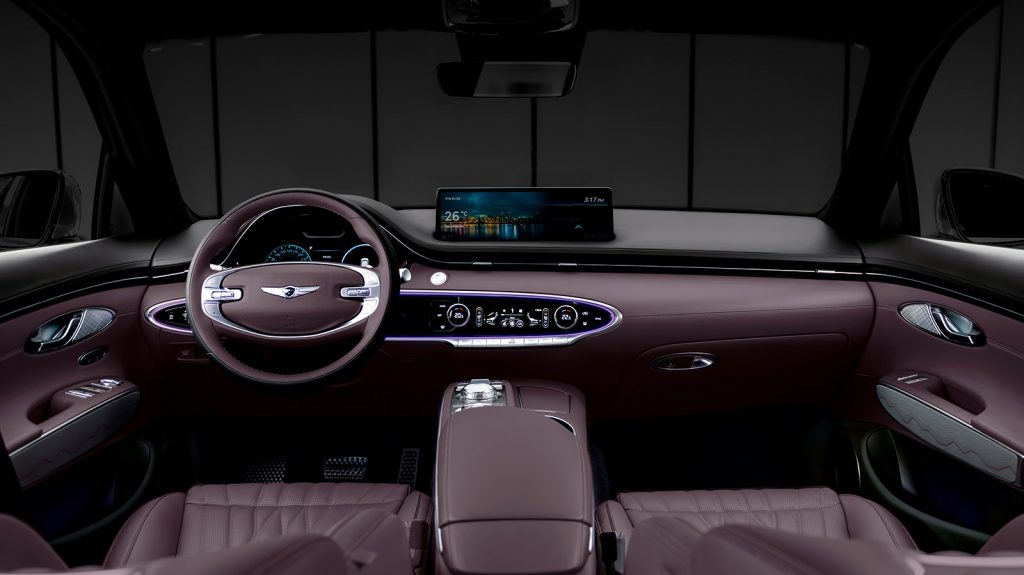 It’s interesting that Volkswagen’s best-selling vehicle is this one.
The Tiguan is a crossover, the most bland, derivative, cookie-cutter style of vehicle sold today — and also the most popular with buyers. VW, though, has spent decades building its brand reputation on being individual, different and fun, which is basically the opposite of every modern crossover.
How can this be?
The Beetle is no more, replaced by legions of Tiguan buyers who value practicality over spunk and originality.
An overhaul for 2022 tries to inject a bit more of that classic VW feel into the Tiguan, including the way it looks. Up front, its face looks more closely related to the brawny Atlas now, while the back end gets fresh LED tail lights and classy, spaced-out lettering.
The driving feel remains distinct in the segment, but in a subtle way. Power comes from a 2.0-liter, turbocharged, four-cylinder engine that feels like it belongs in the diminutive Golf more than something that tries to mimic the titanic Atlas. Its 184 horsepower is adequate, not exciting, just like its countless competitors. 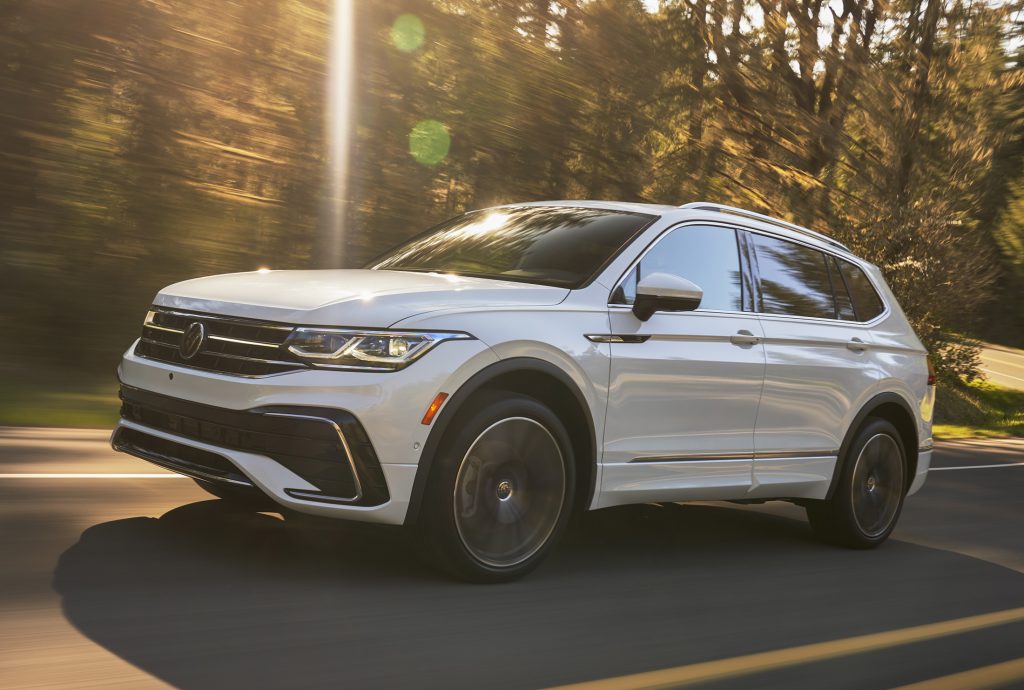 Refreshed styling helps keep the Volkswagen Tiguan competitive in the compact crossover market. The Tiguan is VW’s best-selling vehicle, both in the United States and worldwide.

Its listed torque, 221 pound-feet, is much more impressive, and you can feel it when you first hit the gas pedal. The Tiguan lunges forward with an eagerness that many of today’s crossovers lack.
Inside, it focuses on another classic VW selling point: value.
The VW Digital Cockpit, which replaces traditional analog gauges with an LCD screen behind the steering wheel, is now standard equipment on every Tiguan. The top-level trim gets a screen a couple of inches larger.
Other standard features include push-button start with keyless entry, heated front seats and LED headlights. Even the base Tiguan lets you select different driving modes and comes with sensors to help prevent collisions in the front and sides.
One unusual thing about it is the interior layout that varies with the drivetrain.
If you choose the front-wheel-drive Tiguan, you automatically get three rows of seats. VW manages to squeeze in just enough space for some extra passengers in a pinch.
If you choose all-wheel drive, though, you only get two rows of seats standard. It leaves a generous amount of cargo space in back instead. 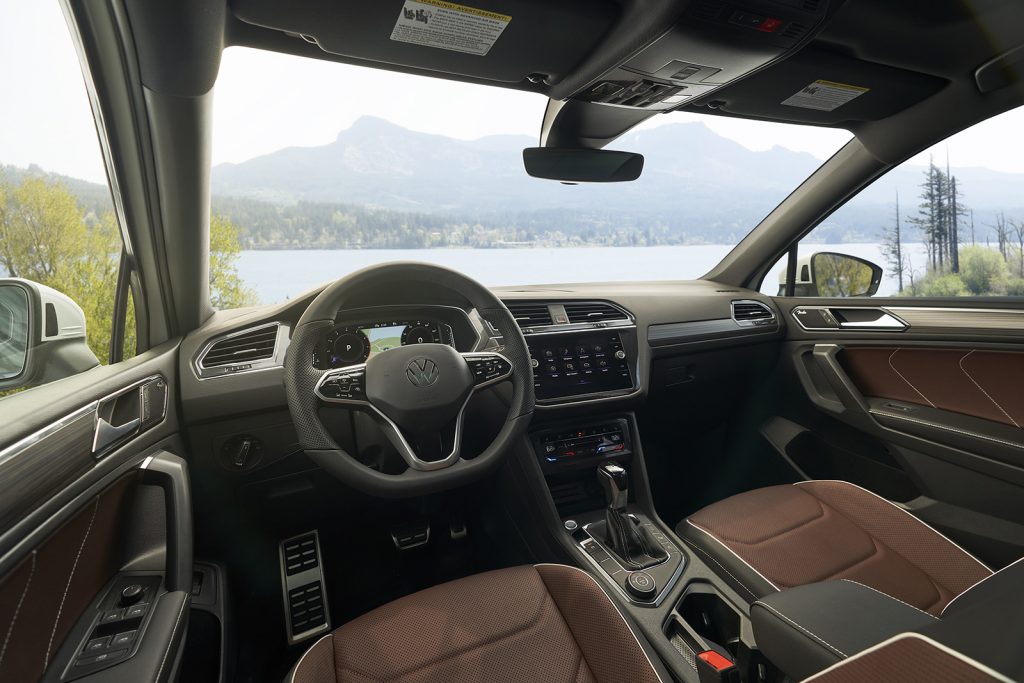 Volkswagen’s Digital Cockpit is now standard equipment on every Tiguan. It replaces traditional analog gauges with a customizable digital display behind the steering wheel.

Volkswagen’s Travel Assist system on my tester worked as expected, controlling the vehicle’s speed and keeping it centered in lanes with little driver input. You still have to maintain awareness and keep some pressure on the steering wheel, but it does make driving for long periods of time, even in stop-and-go city traffic, more effortless.
Pricing is perhaps the Tiguan’s strongest point.
It starts at $25,995 for the base S model with front-wheel drive, making it extremely affordable for a three-row crossover.
The 4Motion all-wheel-drive version starts at $27,495, but again, you sacrifice the third row when you buy it. It doesn’t feel like quite as good a bargain because of that, but people who need the capability and confidence of AWD traction can still benefit from the choice.
Pricing tops out at $36,595 for the AWD SEL R-Line trim with more upscale content and sporty styling.

Why buy it?
It puts VW’s spin on the popular crossover formula. A lot of standard features, including third-row seats in front-wheel-drive versions, make it a great value.