In LX, Less is More

For an over-the-top vehicle whose sole purpose seems to be offering “more,” the most noteworthy recent change for the Lexus LX is intriguing.
It’s offering less, specifically in the number of seats inside.
Lexus is now selling its gigantic, thirsty and pricey LX 570 SUV with only two rows of seating. Buyers can delete the third row if they want extra space for cargo instead of extra passengers.
The change makes sense for people who use their LX as a land yacht for long road trips, a task for which it’s perfectly suited despite its guise as an off-road machine.
Yes, it has crawl control, low-range gearing, customizable traction settings for different terrain, a stratospheric ride height and stout, truck-like frame, but I still can’t imagine too many people spending close to $90,000 for an SUV they plan to beat up on remote trails.
The appeal of Lexus’ biggest SUV — and close cousin to the legendary Toyota Land Cruiser — isn’t that you will climb the Rocky Mountains in it. It’s that you could if you wanted.
I spent a week driving the two-row LX, and the missing third-row seat had an odd way of making it feel more luxurious. Without the back seat hogging space, the rear cargo area feels big enough to park my Miata inside.
With all the seats in position, the two-row LX offers more than triple the cargo volume of the three-row version: 53.7 cubic feet compared to 16.3. It’s enough to hold massive amounts of luggage for lengthy road trips or, if you believe its off-road aspirations, several weeks worth of provisions in the wilderness. 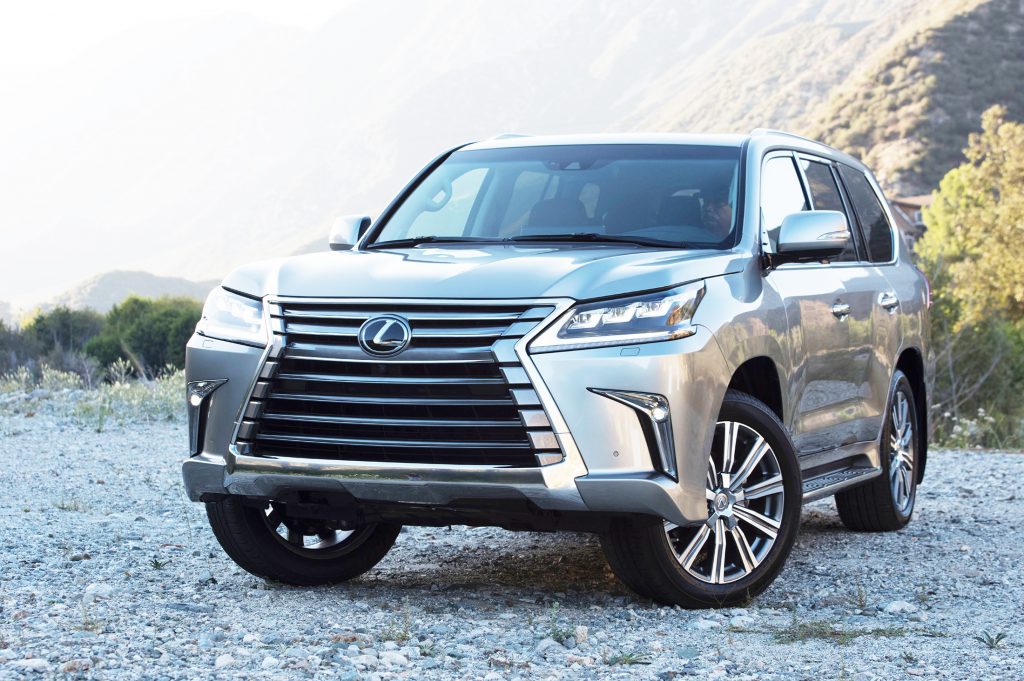 While the LX is clearly aging — its naturally aspirated V8 engine stands out as a relic in a world of turbochargers, and its cabin lacks the pizazz of overwhelming digital screens and museum-quality trim in the brand’s newest cars — it retains a sense of rugged beauty that seems fitting for Lexus’ flagship SUV.
It’s also fitted with enough leather, wood and creature comforts to justify its steep price. An optional cool box in the center console keeps beverages chilled, while ambient lighting, including an “LX” logo projected onto the ground, makes it feel cool and sophisticated at night.
Its 5.7-liter, 383-horsepower V8 engine is paired with an eight-speed automatic transmission to deliver effortless speed in the huge, heavy vehicle. It’s also rated to tow up to 7,000 pounds.
The drivetrain is a perfect fit for the LX. It has a smooth, buttery feel and never seems strained, even under heavy uphill acceleration. It’s proof of the old saying about big engines: there is no replacement for displacement. 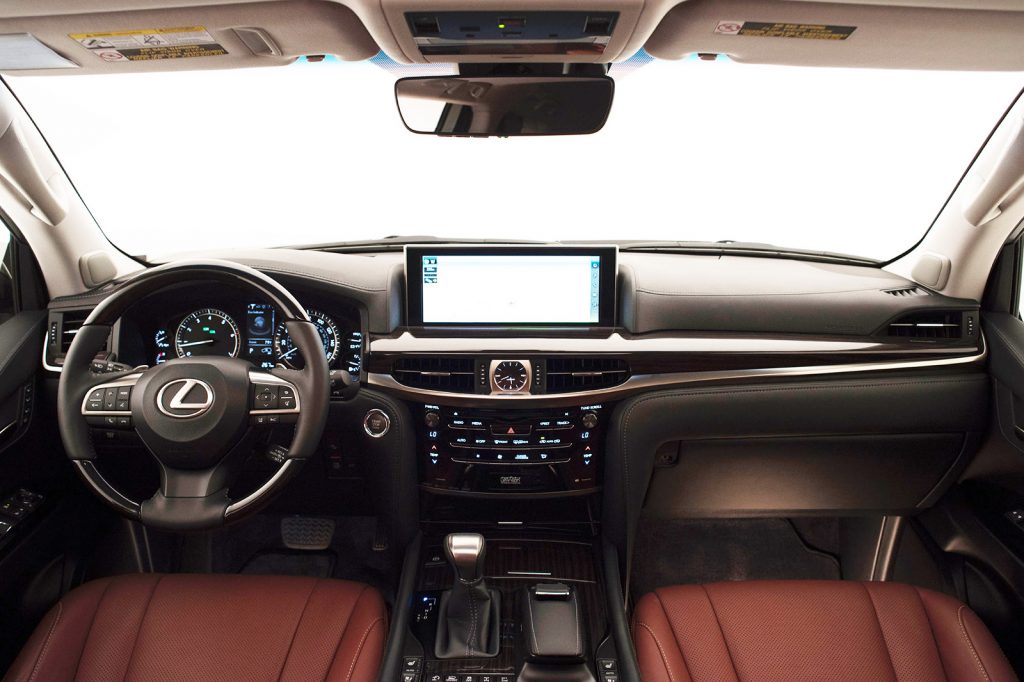 Buyers who don’t flinch at its $85,830 base price should be fine with its 13-mpg rating for city fuel economy. I find it hard to wrap my head around both those numbers, but I’m also clearly not in the demographic shopping for one, either.
Other competitors in this rarified segment include the Mercedes-Benz GLS ($75,200), Lincoln Navigator ($75,825), Cadillac Escalade ($75,195), Infiniti QX80 ($65,500) and — perhaps its most direct challenger — the Range Rover ($90,900).
The Lexus product stands out not just for its off-road capability, which is real and formidable, but also its reputation for reliability.
For people who want the three-row LX with seating for eight, pricing starts at $91,230.

Why buy it?
It’s an iron fist in a velvet glove, offering serious off-road capability under a veneer of creature comforts and luxurious materials. With the third-row seat deleted, the cargo space is downright cavernous.