Last year there weren’t enough superlatives to describe the BMW M5.
This year it gets even better.
BMW has updated its iconic M5 sports sedan for 2021, and it’s one of the most flawless cars I’ve ever driven. It’s one of the rare machines that, given the opportunity, I wouldn’t change a single nut or bolt to try to improve it.
It’s perfect as-is.
The job of updating the M5 has got to be intimidating considering just what a benchmark this car has become — and the weight of expectations it carries. It’s a vehicle that not only invites competition from Mercedes-Benz, Lexus, Porsche and anyone else gutsy enough to try to dethrone it on a racetrack, but it’s also a big part of what defines BMW as a brand.
It’s opulent inside, gorgeous outside, and as exhilarating as a sports car when you want it to be.
Power is at the heart of every BMW M car, and the M5 finds its motivation from a 4.4-liter turbocharged V8. The standard version makes 600 horsepower and 553 pound-feet of torque, enough to accelerate from a standstill to 60 mph in 3.2 seconds, BMW claims. 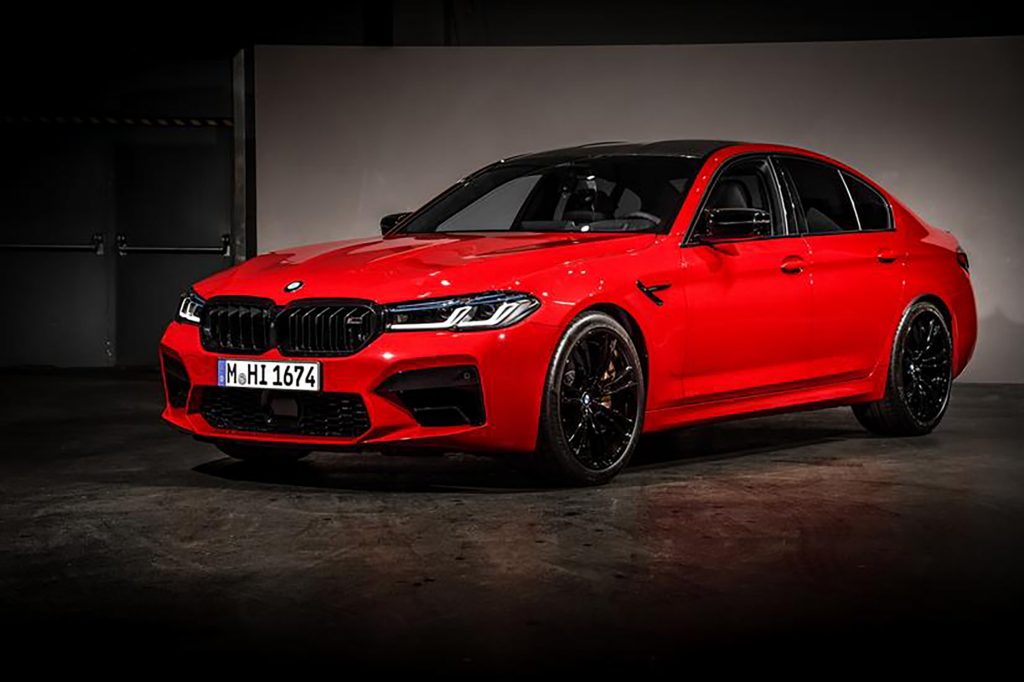 BMW’s iconic high-performance sports sedan, the M5, gets an updated look for 2021 that makes its famous kidney grille bigger.

My tester was the Competition version that adds an additional 17 horsepower and shaves another tenth of a second off that 0-60 time. The extra oomph comes at a price: $7,600.
The things that set the M5 apart aren’t just speed and power, which lots of cars can do, but also its silkiness and variability, the attributes that put it on the pedestal in my automotive mind.
The turbo V8 is buttery smooth and remarkably silent for long highway trips, making it one of the best cars in the world for soaking up highway miles in comfort.
Again, lots of other cars can do that job, some for less money.
What no other car does as well, though, is transform into a vicious beast that can rip into racetracks with a ferocity that most pure sports cars struggle to match. That’s exactly what happens when you put the M5 into Sport or Track modes.
That transformation from athletic to sophisticated, from comfortable to insatiable, remains unique to the M5, even as competitors try their best to match it.
If you want, you can live out your Formula 1 fantasies and tweak the traction control, transmission and suspension settings to your liking. Personally, I thought the standard Sport mode was perfectly dialed in for heart-raising driving and didn’t want to mess it up, just like I wouldn’t tell a 5-star chef to make substitutions to my entree. I don’t pretend to know better than the experts in their craft.
BMW’s designers updated the front and back of the M5 for 2021 doing their predictable thing, making the brand’s kidney grille even bigger. I like the look, although not everyone shares that opinion. 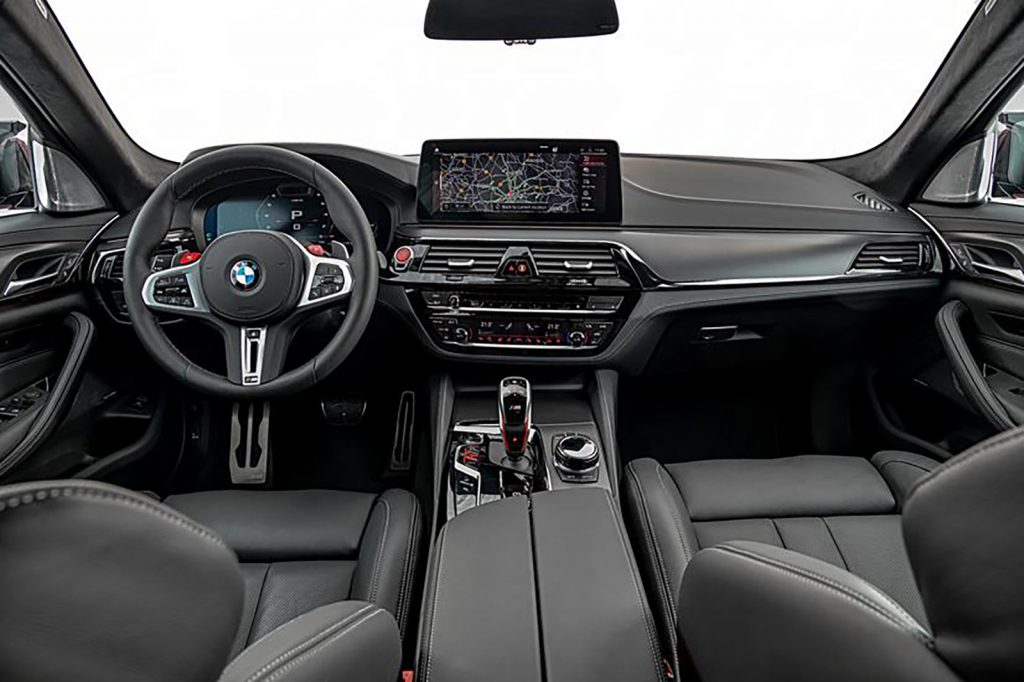 The feature set in this car is remarkable, but two things in particular fascinated me: controlling the radio with hand gestures in the air, and the M5 offering to “refresh” me after a long time on the road by blasting me with cool air, playing soothing music and showing pleasing pictures on its giant digital screen. It was so cheesy, yes, but legitimately felt great.
Even after a week behind the wheel, I was still being delighted by all the things this car is designed to do. The digital menus seem endless, as if the car will let you customize every last lightbulb and display to your liking.
I could have spent a year tweaking the settings, plus several years learning how to eke more speed out of it. It’s a car that wants to be explored.
The only problem with it is the sad fact that more people can’t afford it. The M5 is the best car of its type on the entire planet, and it’s priced like it, starting at $103,500 before you add any of BMW’s notoriously expensive upgrades.
Rarely have I driven a six-figure car that feels so worth it, though.