The first time I filled up this Jeep Wrangler with fuel, I had to double- and triple-check that I was using the right pump.
“Yep, green handle. Definitely diesel,” I thought.
And it felt so wrong, which is odd for an engine that feels so right in this off-road rig.
The reason for my trepidation was that I’d never filled up a Wrangler with diesel fuel in my entire life. Yet here I was driving a new Wrangler with a 3.0-liter, six-cylinder, turbocharged diesel under the hood.
It’s a bit surprising that Jeep hasn’t offered a diesel in its range-topping, all-conquering Wrangler in the United States before now. The same near-instant torque that makes diesels so useful in trucks and tractors seems ideal for crawling over boulders and sand bars, the kinds of Herculean tasks the Wrangler is built to tackle.
It also provides a dramatic boost to fuel economy, if you believe the federal government’s numbers. It’s rated for 29 miles per gallon on the highway, a figure I still associate with tiny economy cars from the 1990s.
Technology progresses, though, and diesel Wranglers are some of the biggest beneficiaries. The diesel Wrangler not only gets great fuel mileage but also generates a whopping 442 pound-feet of torque at just 1,400 RPM.
I have no complaints about the engine itself after spending a week driving it. It’s surprisingly silent, even under hard acceleration, and it provides a quick enough response at low speeds that it feels ideal for this vehicle’s mission: climbing trails. 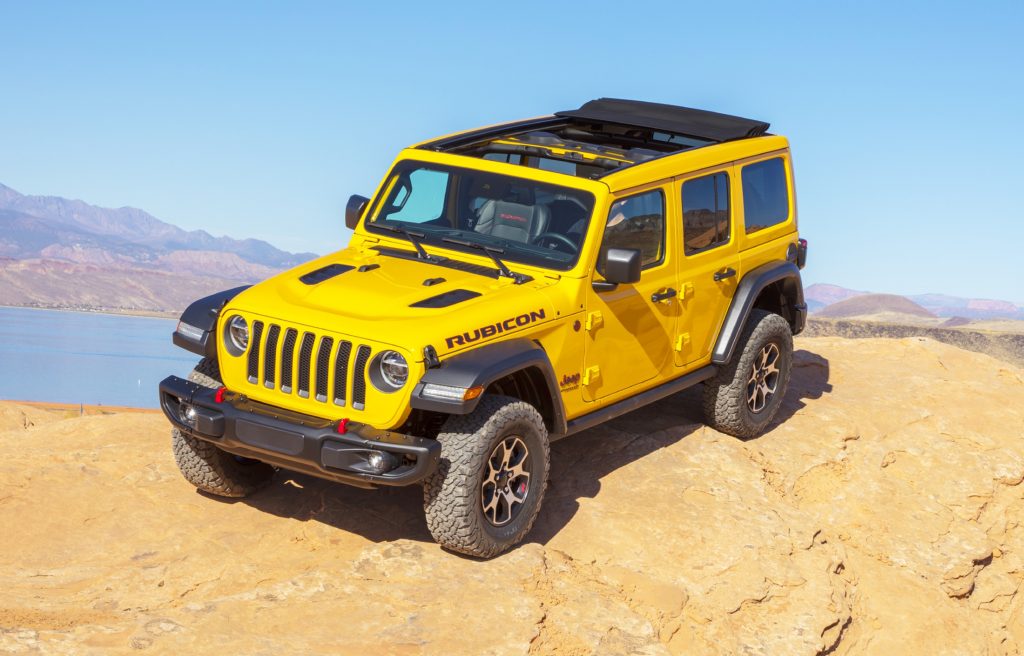 The Jeep Wrangler is available with a diesel engine this year. The 3.0-liter, turbocharged, six-cylinder engine makes 442 pound-feet of torque.

At faster speeds, though, the eight-speed automatic in my tester felt like it was struggling to find the right gear at times. Part of that can be forgiven in a bulky vehicle designed for off-roading first and foremost, not just merging onto freeways, but I suspect part of it has to do with a brand-new powertrain needing a bit more massaging in the years to come.
The diesel is also a pricey upgrade, adding $4,000 to the cost of my tester. You can rationalize that by pointing out the higher resale value of diesels in the used-car market and the dramatically better gas mileage it gets.
Still, a loaded Wrangler diesel almost requires “dream car” thinking to justify it. You buy it simply because you want it and you can, not because it necessarily makes the most logical sense.
All-in, the four-door Wrangler Unlimited I tested rang up at $56,750.
Granted, the starting price is a more palatable $38,645 for the very capable Sahara Unlimited.
The Wrangler remains one of the most unusual and capable vehicles for sale today. In its newest iteration, released two years ago, it has the near-supernatural ability to transition between reasonably comfortable, quiet driving on the highway and extreme ability on the trails. 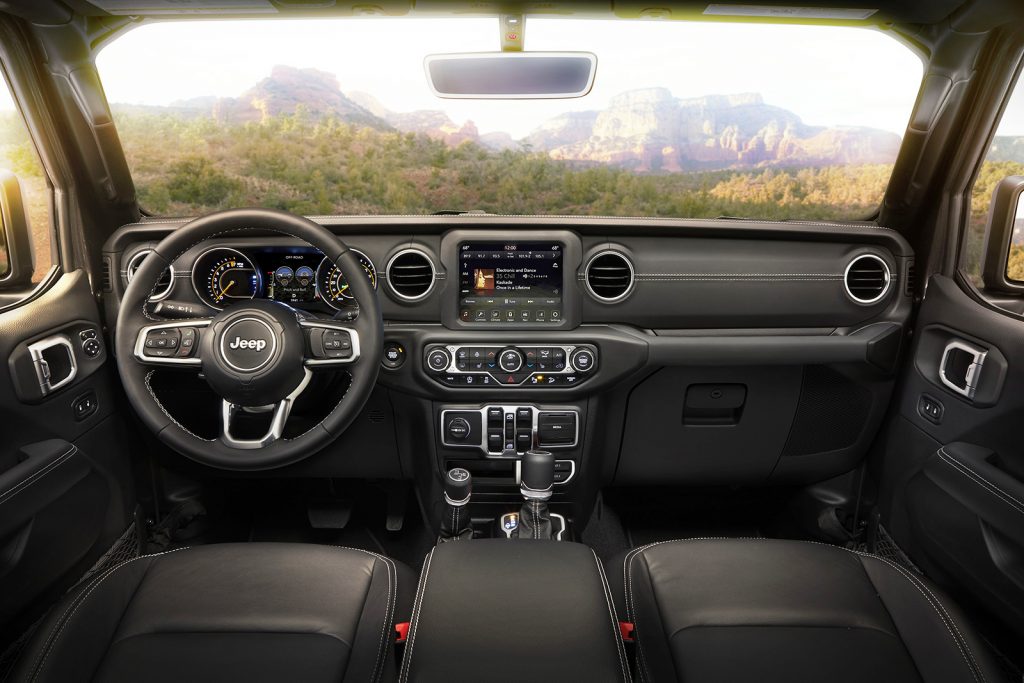 The Wrangler is built for extreme off-road capability. It’s also plenty of fun with a roof and doors that can be removed for true open-air driving when you want it.

People familiar with older Jeeps won’t believe how silent the new one is at 75 mph. No, it’s not as quiet as a regular car, but it’s lightyears ahead of its 10-year-old siblings in terms of refinement and everyday usability.
Pricing for the two-door Wrangler starts at $28,295, while the four-door Wrangler Unlimited starts at $31,795.
The Rubicon Recon version, with its incredibly capable off-road upgrades and unmistakable, form-follows-function appearance, tops the lineup at $46,380. It has red seats, heavy-duty rock rails and aggressive 33-inch mud tires, among many unique touches.

Why buy it?
The benefits of a diesel engine — easily accessible torque, better fuel economy and strong resale value — are now available in the Wrangler. It feels like a great fit in this legendary off-roader.