The RX mid-size crossover — Lexus’ most popular model by far — gets an update for 2020 that makes it more responsive to drive and easier to access tech features.
Every time Lexus updates the RX, though, I worry they’re going to wreck its famously silent and marshmallowy ride. If firm-riding, “sporty” BMW and Porsche SUVs are the villain in my automotive drama, this Lexus saddles up on a white horse to rescue me with its comfy seats and squishy suspension.
The RX heroically defends the traditional luxury-car role: wafting occupants in smooth, isolated silence. And it stands strong even as it looks more aggressive on the outside, morphing into an angular, twisted abstraction of its former jellybean shape.
This year, the RX moves slightly in the sporty direction while maintaining an isolated feel.
Its suspension and steering are tweaked to respond faster and wallow less in corners, mainly thanks to stronger stabilizer bars and bushings. Shock absorbers and dampers are also upgraded to work in tandem with the stronger roll bars. A stiffer body structure, which benefits from more spot welds and adhesive this year, adds to the built-from-granite driving feel. 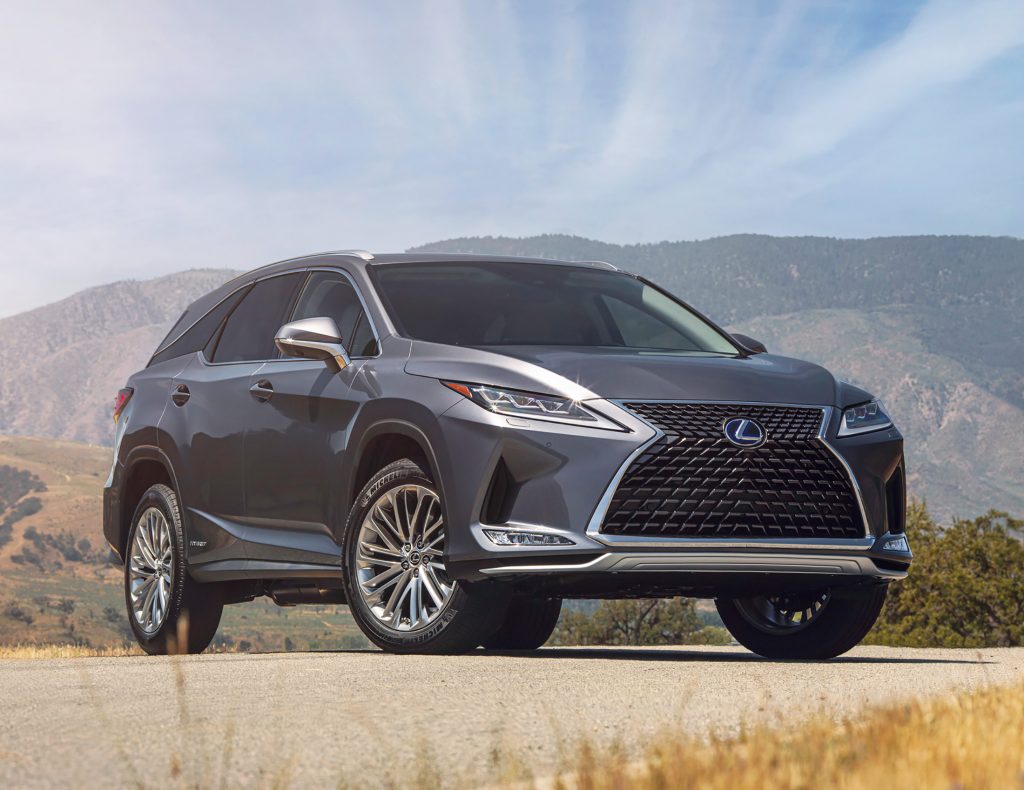 Lexus’ fastest selling model, the RX luxury crossover, gets an update for 2020 that makes it feel more responsive from the driver’s seat.

This vehicle’s Achilles heel, its clumsy digital interface, gets a much-needed overhaul that makes it easier to use. It still has a touchpad like old laptop computers, something I’ve always thought is a terrible idea in a car, but also pairs it with a screen you can control by touching directly. If you dislike the touchpad, as I do, you can simply touch the screen itself.
Better yet, the RX is finally available with both Android Auto and Apple CarPlay, so you can plug in a smartphone to instantly access the two best car interfaces on Planet Earth.
The visual updates are subtle and evolutionary, not revolutionary.
Front and rear fascias are both updated to fit with the contemporary Lexus look. A new design for its standard 18-inch wheels catches the eye, and two new color choices are available: Moonbeam Beige Metallic and Nori Green Pearl. 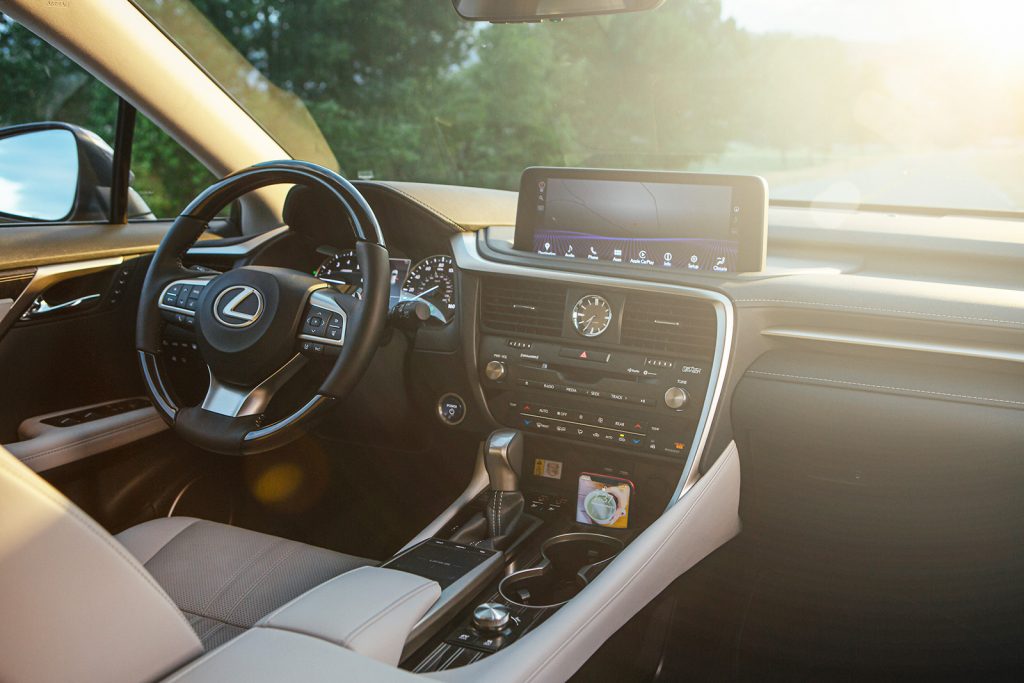 Technology takes center stage in the RX, including a large touchscreen that can run Apple CarPlay and Android Auto for simple, intuitive smartphone connectivity.

It continues to be available in a three-row version, called the RXL, that squeezes in a back seat.
For people who like a sportier look and feel, Lexus offers two modified F SPORT packages for the 2020 RX. One of them offers the look of an F SPORT without its noticeably more aggressive driving feel, which is the one I’d prefer as someone who likes its inherent softness.
If I want a sports sedan, I’ll buy a sports sedan.
For those who insist on modifying a perfectly smooth luxury vehicle, though, the F SPORT’s performance upgrades include a variable suspension system, aggressive dampers, a sound system that pumps more exciting engine noises in to the cabin and a Sport+ driving mode. You can even get it with red seats.
In the opposite direction, drivers who want to burn less fuel will be happy with the RX Hybrid, which is rated for 31 mpg in city driving.
Pricing starts at $44,150 for the RX 350, or $47,950 for the F SPORT version.
The three-row RX 350L starts at $47,300, while the RX 450hL Luxury, the three-row hybrid version with the highest trim package, tops the lineup at $56,510.

Why buy it?
Lexus has sharpened the styling and driving sensations of its ultra-popular crossover for 2020. The best smartphone systems are also finally available for mobile connectivity.