Being a natural-born cynic, I’m not surprised when the most interesting and innovative cars turn out to be sales flops with the general public.
Rotary engines, four-wheel steering and scissor doors would all be common in my ideal world, but hardly anybody buys them. The cars that actually sell in big numbers are usually much more dull.
That’s why I was somewhat surprised to see that one of the most innovative and technologically fascinating crossovers in America — the Acura RDX — is also leading the sales race.
After a complete redesign for 2019 that made it feel like a spaceship compared to most of its competitors, the buying public actually responded positively. The RDX hit month after month of record sales numbers and became the bestselling compact luxury SUV in America.
That’s remarkable considering how strong the competition is in this space. From German stalwarts such as the Mercedes-Benz GLC, BMW X3 and Audi Q5 to Japanese and American newcomers like the Lexus NX and Lincoln Corsair, there are nothing but all-stars to pick from when you’ve got a budget of $35k-$50k for a small crossover. Every one of them is spectacular for its own reasons. 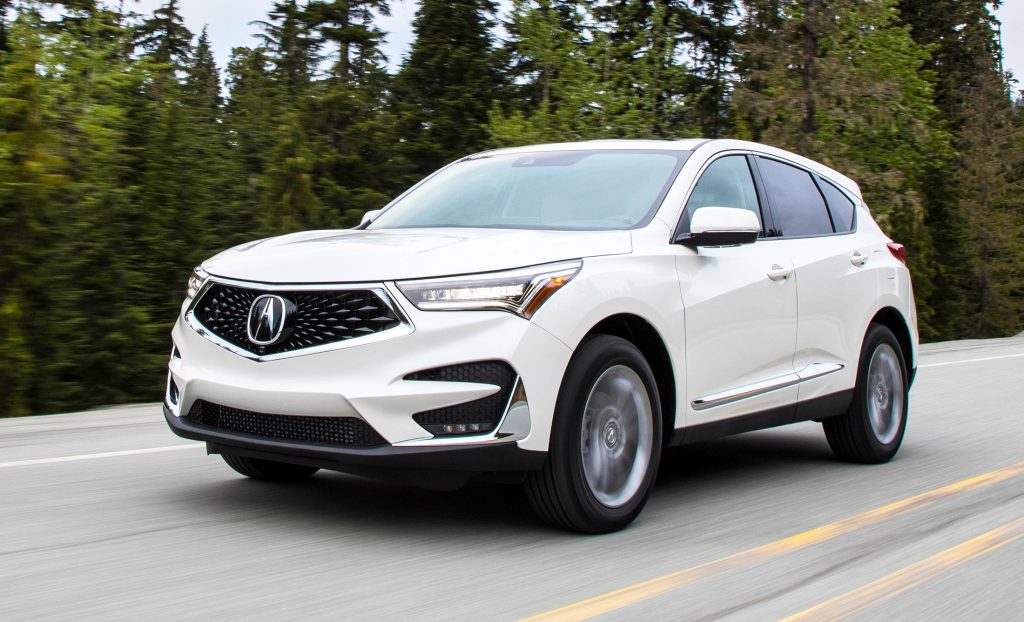 Why is the RDX winning the sales race? I think it boils down to three things: price, reputation and sophistication.
Acura has long played the value-leader role for luxury shoppers, often with disappointing results from vehicles that were little more than rebadged Hondas with leather. The RDX keeps its very aggressive pricing with a $37,600 starting price, but it also looks, feels and drives dramatically different from any Honda-badged product. It’s atoning for this brand’s sins of the past.
Part of the difference is in styling, both inside and out, where the RDX raises the bar for Acura’s cabins and bodies. That’s especially true with the one I tested, the A-Spec, with its not-so-subtle design influence from the NSX supercar I drove a few months ago.
Glossy black trim, a matte-black diffuser and bigger exhaust outlets make it look antagonistic, something new for the brand.
Beyond the look, though, is the technical sophistication that you can feel every time you drive it. It’s something that can’t be faked.
A drive-by-wire throttle, spectacular 10-speed automatic transmission and aptly named “Super Handling All-Wheel Drive” system combine for a connected-to-the-road feeling that’s rare in any crossover, especially ones at this price. It drives like a delicious sports sedan, only lifted a couple of inches higher off the ground.
Ample power helps with that feeling. A 2.0-liter, turbocharged, four-cylinder engine delivers 272 horsepower and 280 pound-feet of torque, and it does so with a near-instant response — no doubt helped by smart software and that nifty electric throttle.
It drives differently from most crossovers, by design.
And the attention to detail doesn’t stop with the powertrain and suspension tuning. It’s also evident in the entertainment features in this car, an increasingly important decision factor for today’s buyers.
The RDX has Acura’s first installation of the True Touchpad Interface, an easy-to-learn way of interacting with a digital screen. It’s the best touchpad I’ve ever used in a car, although I remain a bit of a Luddite who prefers touching the screen itself or using knobs. 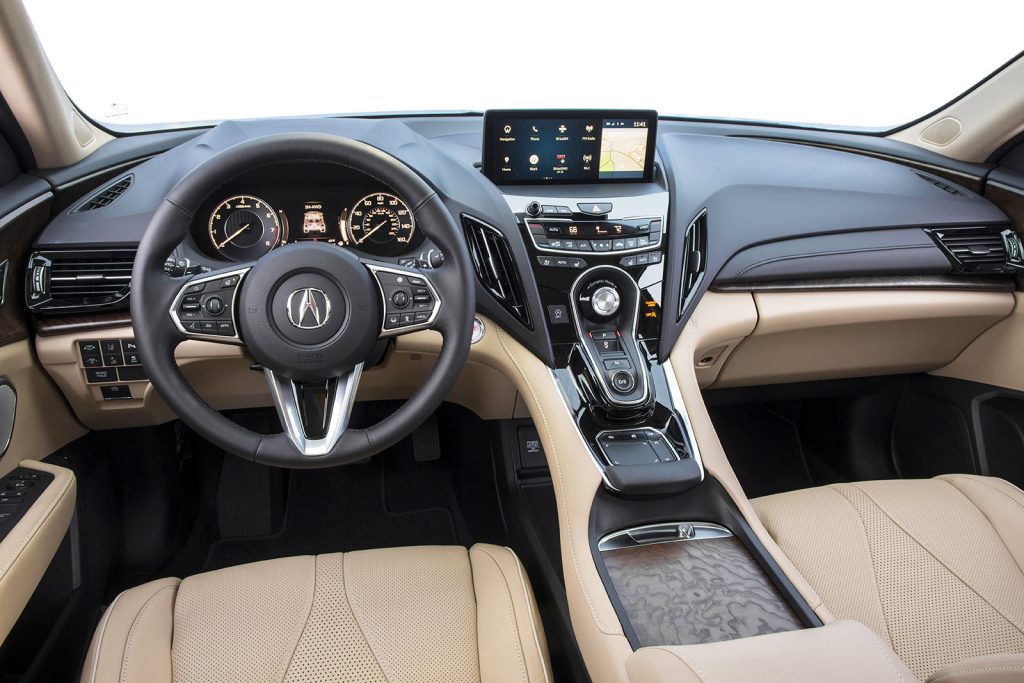 The RDX’s cabin centers around integrating technology, including an easy-to-learn touchpad system.

Its voice-activated controls are designed to use natural language, not awkward memorized phrases, although — again — it’s not as flawless as people have come to expect from talking to Siri and Alexa.
That’s OK, though, because the RDX has Apple CarPlay and Android Auto, making it simple to access phone functions through the car’s interface.
My tester also came fitted with one of the best sound systems I’ve heard in cars at this price, the ELS Studio 3D with 16 speakers. It makes the sound seem full and rich, as if it’s coming from an array in the center of the dash, not individual speakers sprinkled around the cabin. It also allows for semi-private listening for the driver, the front seats or the back seats.
Pricing for the RDX is wonderfully simple. After the $37,600 base model, you can choose the Technology Package for $40,800, the A-Spec Package for $43,800, or the Advance Package for $45,700.
Acura’s impressive all-wheel-drive system is priced at $2,000, no matter which package you pick.

Why buy it?
It’s advanced, powerful and packed with smart tech features, all at a reasonable price.