The Cadillac XT4 is a compact SUV that manages to seem substantial, both to the eyes and the senses.
Whether that’s a good thing or not depends on your perspective.
In many ways, the XT4 is the opposite of the bigger Volkswagen Atlas I tested a few weeks ago. The Atlas drives like a small car with crisp, enjoyable steering and tight handling, something I happen to like.
This Cadillac does the opposite. It has just two rows of seating — including an impressively spacious second row and generous cargo area in back — but drives more like a large, heavy SUV.
That’s a fantastic thing on the highway, where you can enjoy its seemingly long wheelbase and mushy suspension soaking up bumps for hours on end, but less so on winding roads where a firmer, lighter, fluffier SUV would shine.
The XT4’s strong point is its cabin design. It’s an impressive car to step inside, feeling upscale and carefully crafted enough that mid-range BMW, Mercedes and Lexus drivers should feel perfectly at home in this entry-level Cadillac. The interior is an overachiever. 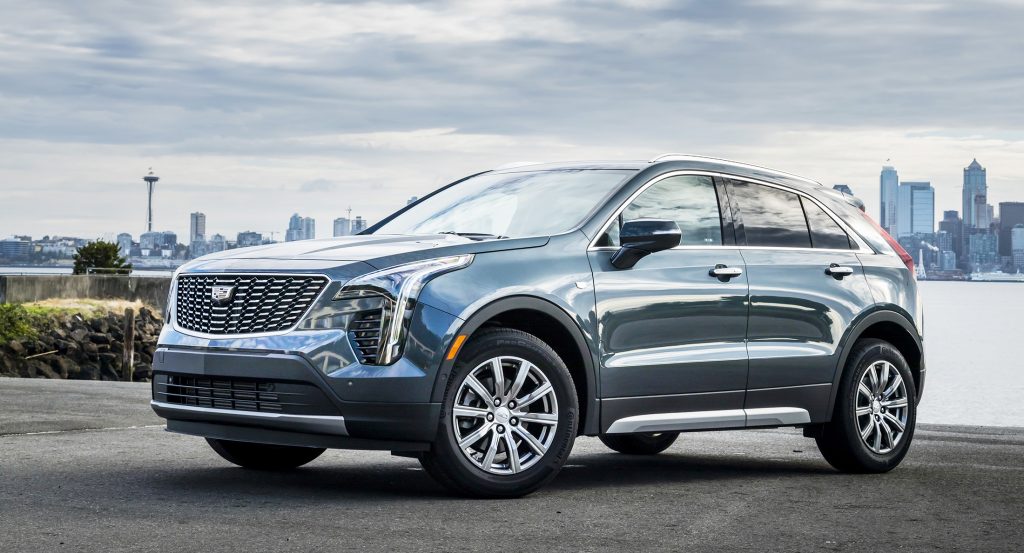 The Cadillac XT4 is an entry-level luxury SUV that delivers the style and technology of a premium brand.

Part of that comes from the technology inside, including a dizzying array of digital menus and buttons, but more so from sophisticated visual and spacial design.
This feels like a car that has a lot of thought behind it, from the supportive, sports-sedan-like seats with angular details that mirror the Cadillac logo, to beautiful ambient lighting, to sleekly stylized vents tucked away under sculpted bits of solid-feeling trim. The back seat and cargo space were both bigger than I expected given its mid-$30,000-range starting price.
“Solid” is a great way to describe the XT4 as a whole, too, including its driving feel. If Caddy is trying to match the famously taut, carved-from-stone feeling of the best German sedans, they’re doing an impressive job even with their entry-level lineup.
Outside, the XT4 is predictable. It takes the bulbous, jellybean shape of virtually every modern crossover vehicle and applies the Cadillac nose and tail onto it, something that makes it look bolder than the average SUV but not obnoxious.
Personally, I’m glad Cadillac’s designers showed some grille restraint. Too many of its luxury competitors are getting so extreme in the front end that they look like cartoon villains.
Designers didn’t show much restraint with the lighting, though, giving the XT4 its most striking exterior characteristics through huge, V-shaped accents up front and tail lights that stretch up to the sky.
Technology in the XT4 is a blessing and a curse. It’s extremely capable, making it one of the best-equipped cars I’ve driven this year in terms of electronic gadgets and infotainment possibilities. With the Cadillac User Experience (CUE) interface, the options for customizing and configuring the car seem endless.
I love that it has dedicated buttons for so many features, including the most frequently used climate control and radio functions.
The downside is that with a vast array of buttons and knobs in front of you — plus an even more intimidating list of menu options on the center screen and the smaller display behind the steering wheel — the learning curve can be steep. 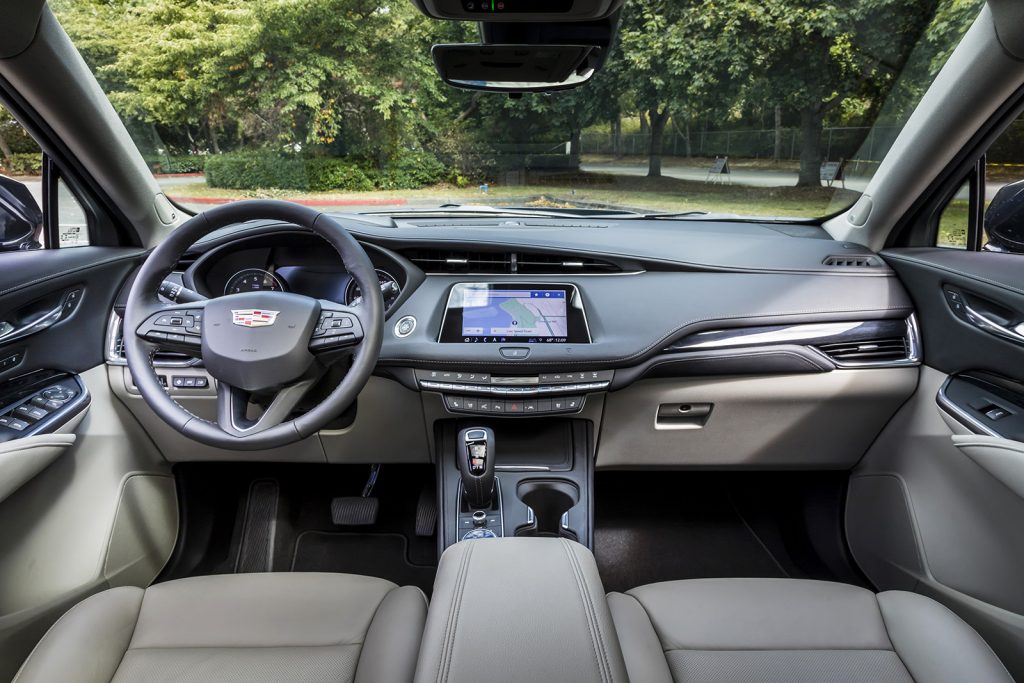 After a week of driving it, I still found myself hunting for just the right button or menu to do what I need. I’m guessing if I owned it, and didn’t just borrow it for a short time, I’d get used to it and may even appreciate it more for the functions at my fingertips after I’ve memorized where they all are.
Power comes from a 2.0-liter, turbocharged, four-cylinder engine. With 237 horsepower routed through a fuel-saving, nine-speed transmission, it feels competent but not particular thrilling. It’s a vehicle I’d buy more for what’s in the cabin than what’s under the hood.
Pricing starts at a reasonable $34,795 for the Luxury trim level, but options can quickly drive it higher. The Premium Luxury trim adds leather seats, a power lift gate and several safety technologies for $39,295.
The Sport trim, priced identically to the Premium Luxury, is set apart with a more sinister appearance, including a gloss-black grill, black body accents and carbon trim inside.

Why buy it?
The XT4 offers an upscale driving experience, especially in terms of cabin design and technology, at a reasonable starting price.