It’s fitting that one of the most creative cars I’ve seen in a long time starts its name with “art.”
The Volkswagen Arteon is an all-new car that picks up where the sleek, sexy looking CC left off a few years ago. But instead of just updating it, this new model feels more like an Audi than a VW and operates more like a hatchback than a sedan.
The idea of a four-door car that looks like a two-door coupe — with a steeply sloping rear roofline and aggressive, sporty shape — isn’t new. Audi, BMW and Mercedes-Benz have all tried this formula with varying degrees of success, usually at a premium price point, in the past decade.
Volkswagen’s latest effort still is positioned as a premium product, at least by VW’s standards, but drastically undercuts the pricey German competitors. While the Mercedes GLC Coupe starts at $50,000, for example, the Arteon offers similar head-turning good looks starting around $36,000.
And like the GLC — along with all the crossover vehicles and SUVs that sell in crazy-high numbers these days — it has a liftgate in back. 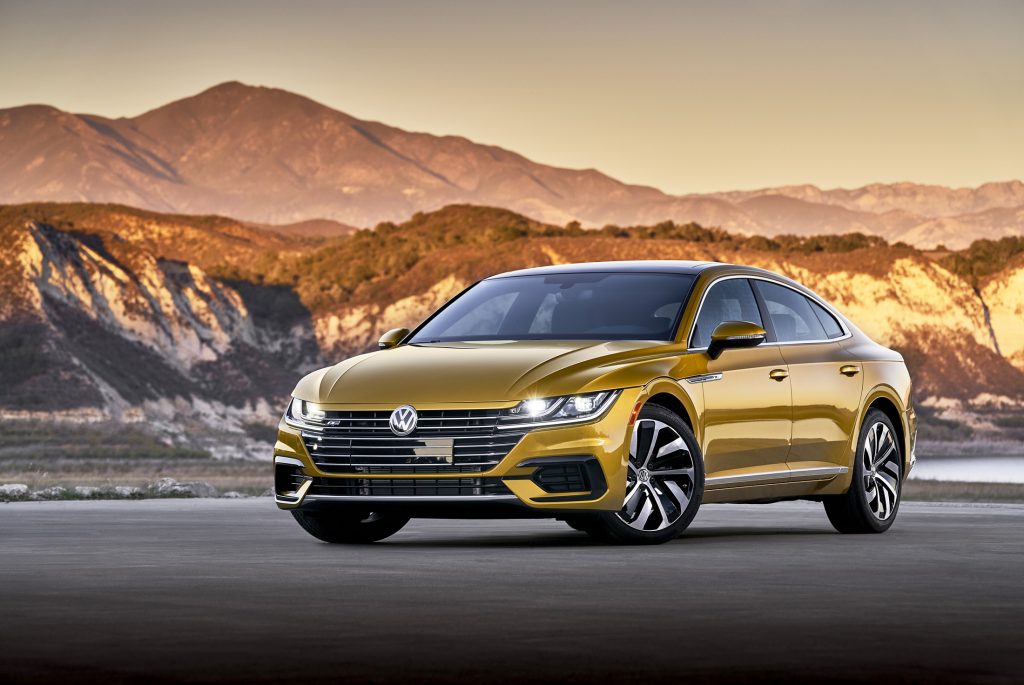 While it’s not obvious at a first glance, the entire rear end of the Arteon actually lifts up. It’s hinged just above the back window, which leaves a gaping hole for sliding in giant cargo, SUV-style, when you fold down the back seats.
It’s also available with Volkswagen’s 4Motion all-wheel-drive system, which gives buyers one more reason not to buy a crossover. It offers excellent all-weather traction that makes it, for all practical purposes, a logical and good-looking alternative to small SUVs.
Still, the Arteon is most likely destined to be a niche car for two reasons: VW’s track record on selling premium cars in the United States, and the fact that sedan sales overall are slowing as the market favors trucks and SUVs after years of cheap fuel prices.
For that niche buyer, though, it has some compelling selling points.
One is its upscale feel. The Arteon isn’t just packed with content — 18-inch wheels, full LED headlights, heated seats and several active safety features, including Side Assist and Rear Traffic Alert come standard — but also drives like a more expensive car.
It’s based on the excellent MQB architecture, the same platform that underpins a wide range of Volkswagen’s newest products and feels remarkably solid over the road.
With the right upgrades, it can feel like a legitimate competitor to luxury brands.
The Volkswagen Digital Cockpit, for example, puts a huge, high-resolution digital display right behind the steering wheel. The driver can customize the look and feel of the display, and data from the infotainment system will pop up to show phone information or CD covers. It’s dramatic and useful enough to elevate the whole driving experience.
Power comes from an impressively strong 2.0-liter turbocharged four-cylinder engine. It creates 268 horsepower, enough to make the Arteon feel quick and enjoyable while still delivering 31-mpg highway fuel economy ratings on front-wheel-drive models. 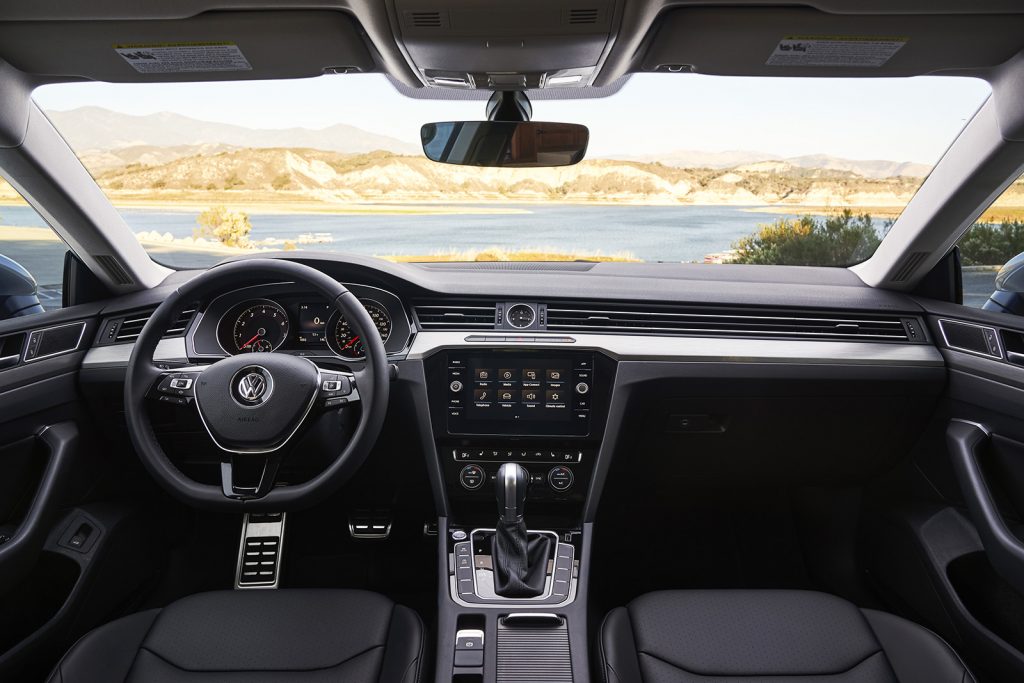 The Arteon is Volkswagen’s newest range-topping car. It’s the brand’s latest attempt to sell premium products in the United States, priced from roughly $36,000.

An eight-speed automatic transmission feels like a great match for the engine. Near-instant shifts and a quick throttle response show attention to detail from people who care about driving sensations.
I loved just about everything about this car. The only downsides came from my favorite thing about it: the sleek styling.
While it looks gorgeous, the sloping rear roofline really does cut into rear-seat headroom. It also impedes visibility, with bigger blind spots than most cars.
Pricing starts at $35,845 for the SE trim. All-wheel drive bumps that up by $1,800.
At $46,710, the SEL Premium model with all-wheel drive and the sporty R-Line trim package with 20-inch wheels tops the lineup.

Why buy it?
It looks absolutely stunning and checks off many of the same practical boxes as a small crossover vehicle: four doors, available all-wheel drive and generous cargo capacity.