Scion started out as Toyota’s young-person brand. Could it be changing into Toyota’s sports-car brand instead?
Last year, Toyota decided to place its new global sports car under Scion’s umbrella here in America, calling it the Scion FR-S instead of giving it a Toyota badge. Interesting, perhaps.
Even more interesting is what Scion has done to revamp its best-selling car, the tC, for 2014.
Betting that enthusiasts will like the low-volume, rear-wheel-drive FR-S is one thing, but dramatically changing your most popular vehicle — the tC accounts for 40 percent of Scion’s total sales — is quite another. 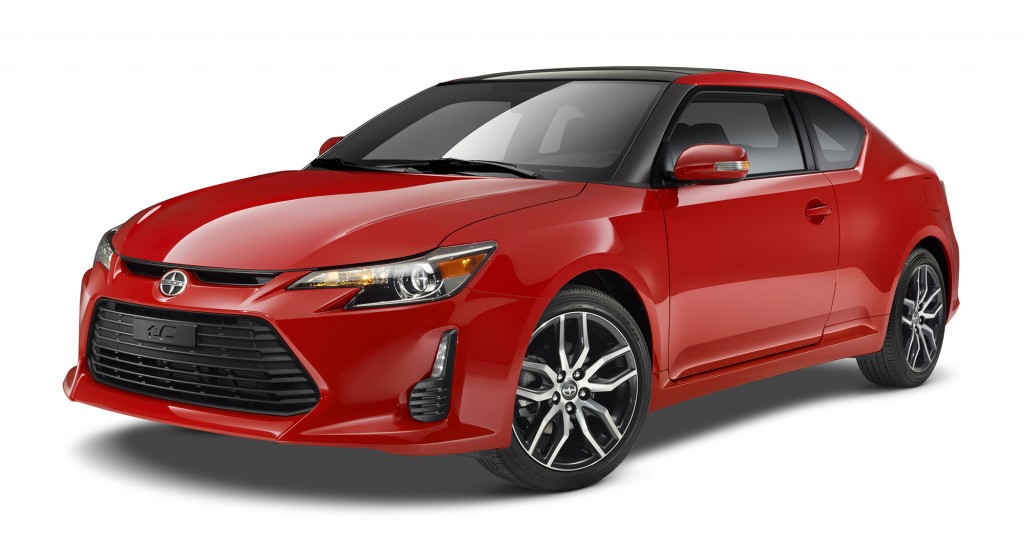 The next-generation Scion tC has arrived for 2014. The wide air intake and low-slung stance hint at its newfound sportiness from the driver’s seat.

The new tC no longer relies wholly on funky styling, multicolored interior lights and mega-loud, graphics intense stereo systems to woo younger buyers.
It still has a bit of that strangeness and spunk, for sure, but it’s overpowered by a much stronger sense of sportiness now, feeling like the more affordable offspring of the lovely FR-S.
Priced a hair under $20,000 — roughly $5,000 less than the quicker, less practical FR-S — the redesigned tC has a flair for driving enjoyment like few Scions before it.
The 2.5-liter, four-cylinder engine is powerful enough, making 179 horsepower, but a long list of other refinements make it a better driving car than it’s ever been.
Its suspension has been firmed up with new shocks, adjusting the stabilizer bar and making the body structure more rigid with additional welds. And its electronic steering has been tweaked for a quicker, more direct response.
One of the best improvements is to the tC’s transmission. A new six-speed automatic can change gears nearly twice as fast as the last model, and it will automatically blip the throttle on downshifts, making it sound and feel more like a track-day car.
Outside, it gets a fresh body style to match the more aggressive driving feel. There’s a wide, gaping air intake on the front, new 18-inch wheels and a back end that still has the tC’s characteristically wide rear pillars.
Those back pillars are important to the styling, almost making it reminiscent of old American muscle cars, but they also have a downside. They make it a bit more difficult to see where you’re going when backing up. 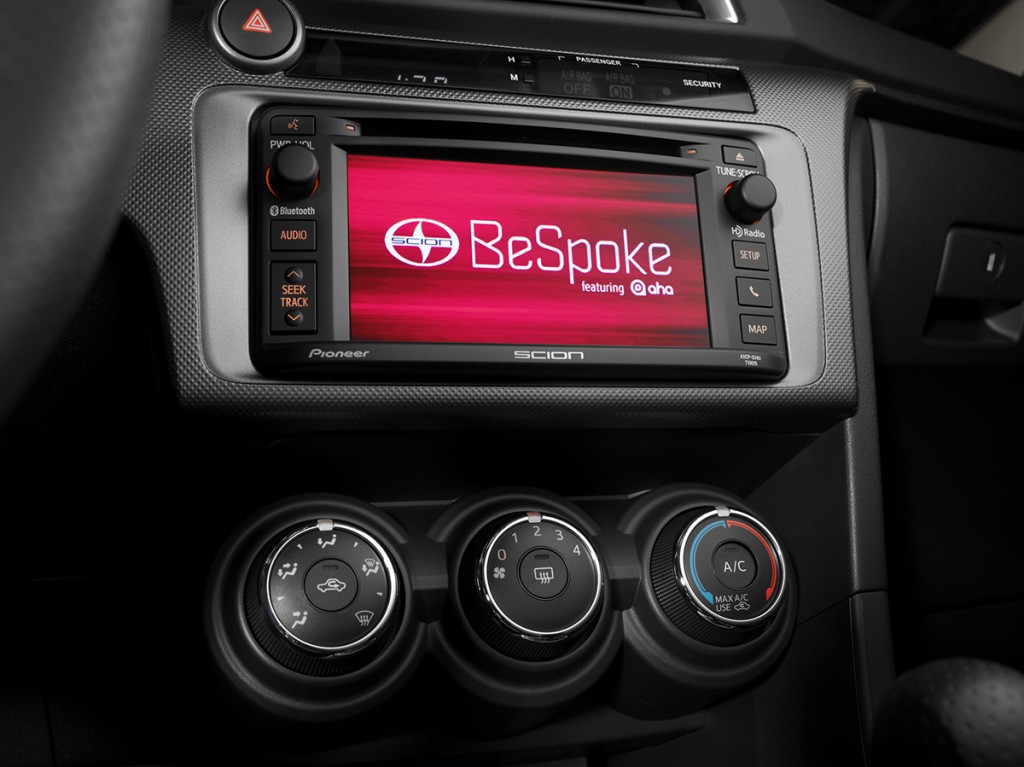 The cabin gets better materials for 2014, which is nice, but the big news is about the sound system this year. Scion is making its touch-screen audio system standard equipment across all its cars starting with the 2014 models.
If you want the latest and greatest in car audio, Scion is offering an impressive $1,200 upgrade called the BeSpoke Premium Audio System. It’s pricey, but it’s also very advanced, with excellent sound quality and the ability to stream 30,000 free audio stations through your smartphone.
As a whole, the tC is still about catering to those young-people trends, from hot sound systems to a unique, fresh body style. But, more than ever before, it’s also adding sporty performance to that mix, which makes it a more satisfying car overall.

Why buy it?
It’s a much sportier, better driving car than the last generation. Its optional BeSpoke sound system is one of the best in the industry, and even the base model gets touchscreen audio.

Why hesitate?
The cool-looking, wide pillars in back make it a little harder to see when you’re backing up.