If you’re looking for a comfortable, quiet Lexus that would make your grandma happy, you can skip this one.
While it looks a lot like the IS sedan on the outside, what’s under the skin makes this car — the 2013 IS F — a Lexus unlike any other.
And it’s completely insane.
Lexus started with its basic IS sports sedan platform, which is small by luxury-car standards, and managed to squeeze a 5.0-liter V8 engine under the hood. That’s the same displacement as a Ford Mustang GT, and its 416 horsepower can take this car from a standstill to 60 mph in 4.6 seconds. 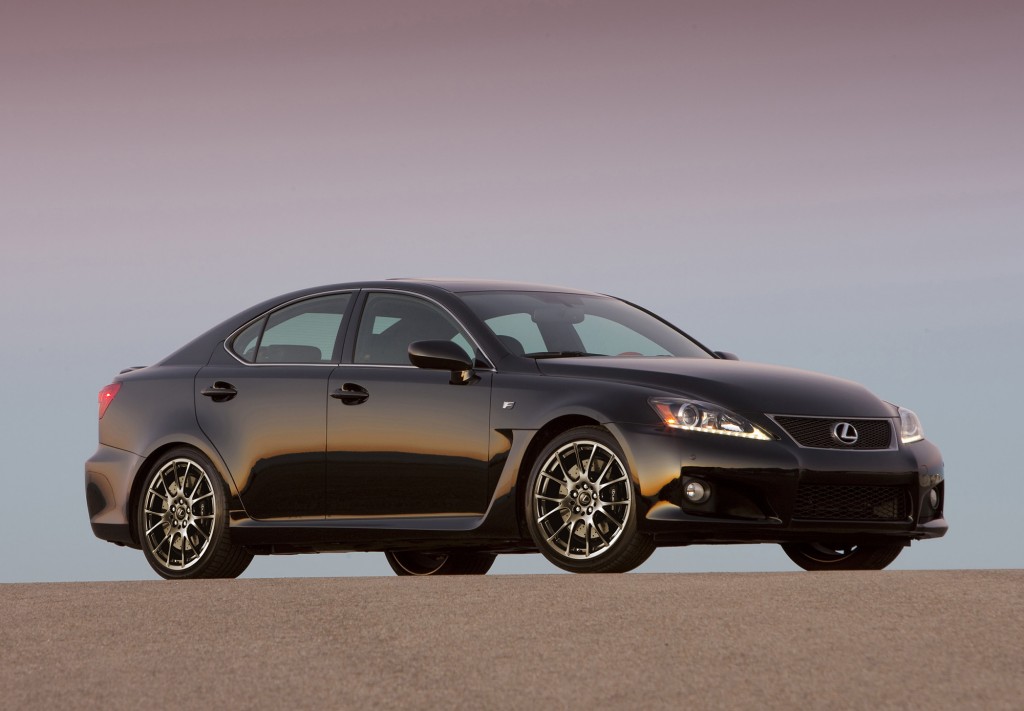 Considering how wild its performance is, the 416-horsepower Lexus IS F looks remarkably similar to the ordinary IS on the outside. It’s a tasteful, understated look for a high-performance car.

Now that all 500 copies of the LFA supercar are sold out, that means the IS F is the best performing Lexus you can buy today. And the LFA’s $375,000 price tag makes the IS F’s sub-$62,000 price look like pocket change in comparison.
It’s hard to overstate how different this car is from the normal, $36,000 IS 250 you see on the road all the time.
In addition to the monster engine, it’s got freakishly big, cross-drilled brake discs to bring it to a stop, along with a suspension that was tuned to confidently handle some of the fastest racetracks in the world. That’s important for a car that can reach 170 mph.
One of my favorite things about it, though, is its eight-speed automatic transmission.
Think it’s crazy to put an automatic in a thoroughbred sports sedan like this? I did, too, until I drove it and felt how quickly and precisely it shifts — sometimes changing gears within a tenth of a second — to provide the same visceral thrill and instant gratification that I usually get from a manual transmission. 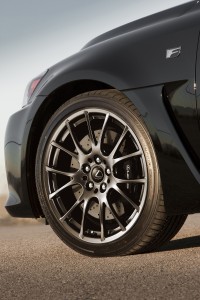 The 19-inch wheels on the IS F have a 10-spoke design that shows off the massive, 14.2-inch, cross-drilled front brake calipers.

Overall, the driving feel isn’t as raw as you get from a BMW M3 or Mercedes C63 AMG. I spent a few hours driving it on the Interstate and didn’t feel fatigued, even with the firm suspension and sport-oriented seats with lots of side bolstering, which is a good sign for people who want to use this as an everyday get-to-work car instead of a weekend toy.
The body styling is going to be one of the most controversial aspects of this car. It doesn’t have the overly muscular, boy-racer vibe that its German competitors exude, preferring a more subtle approach.
If you’re looking for an elegant performance machine — one that doesn’t draw too much attention to itself — this one will do the job.
At the same time, some people who drive $62,000 luxury cars want to raise eyebrows at the country club. This one isn’t as likely to turn heads, unless you rev the engine and unleash its deep, loud V8 howl.
Inside, the styling can get a lot wilder, especially if you opt for the red leather seats that came in my test car. Between the textured aluminum trim and brightly colored leather, the cabin screams a lot more violently than the body panels.
As a whole, this is a fantastic performance car for people who want something refined and elegant.
It’s more tasteful than its fast-footed German competition, but still wild enough to make me glad that Lexus allowed such a crazy, illogical, thrilling vehicle to come to fruition.

Why buy it?
It offers spectacular performance with a tastefully understated body. It’s nicely refined for such a muscular, thrilling, high-horsepower car.

Why hesitate?
Some drivers may prefer the more raw driving feel of its German competitors, the BMW M3 and Mercedes-Benz C63 AMG.