Close your eyes and imagine the classic safari Land Rover.
What you’re envisioning is the Defender, or at least one of its ancestors. The Defender’s roots stretch all the way back to World War II, and its combination of go-anywhere 4×4 capability, utilitarian layout and excellent visibility made it the classic choice for adventures the world over.
How many times has it been completely redesigned since its debut? Just once, and you’re looking at the new one.
While the old Defender had evolved thoroughly by the time it was discontinued in the United States in 1997 — and finally ended production altogether in 2016 — its bones dated all the way back to the war-era Land Rover Series I.
To off-road purists, making a new Defender is like making a new Mona Lisa. It simply can’t be done.
Land Rover must have channeled da Vinci, though, because the new Defender is a masterpiece of an attempt.
From the moment you see it, there’s no mistaking the fresh version is a contemporary machine. It looks sleek and modern on the outside, yet it still is instantly recognizable for what it is: the classic safari Land Rover. 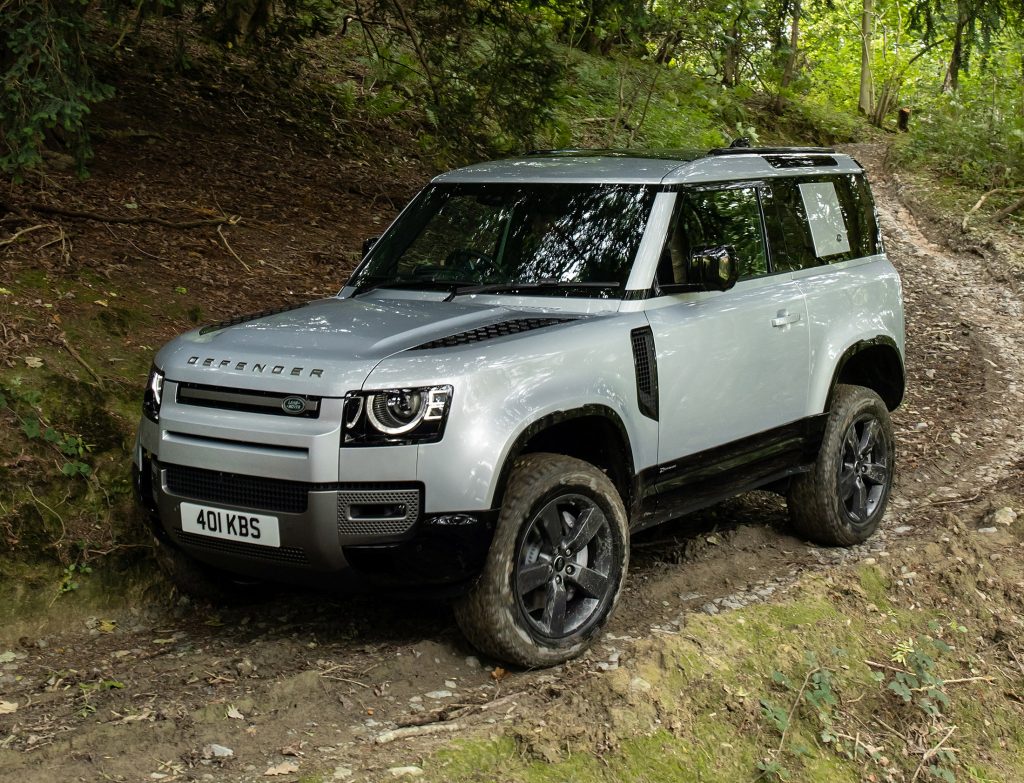 After getting its first-ever redesign from the ground up, the Land Rover Defender is back in the United States after a break of more than two decades.

It’s also remarkably refined on the highway. It’s not Range Rover smooth, of course, but it’s lightyears ahead of its closest American competitor, the Jeep Wrangler. The Defender is smoother, quieter and roomier than the Jeep, making it a better choice for everyday, on-road driving.
Still, on-road driving isn’t the point.
The Defender offers 11.5 inches of ground clearance when you put it in off-road mode, which lifts the frame up higher to clear obstacles. That’s more than the Wrangler Rubicon and exactly the same as the Ford Bronco with the Sasquatch Package.
The base turbocharged four-cylinder engine makes 296 horsepower, enough to help it reach 60 mph in a reasonable 7.7 seconds. An optional 3.0-liter turbo six-cylinder makes a much more impressive 395 horses, enough for a 0-60 time of 5.8 seconds, Land Rover claims.
My tester came with a mild hybrid powertrain, which adds some electric boost to the V6 engine to help it achieve fuel-economy ratings of 17 mpg in city driving and 22 on the highway. 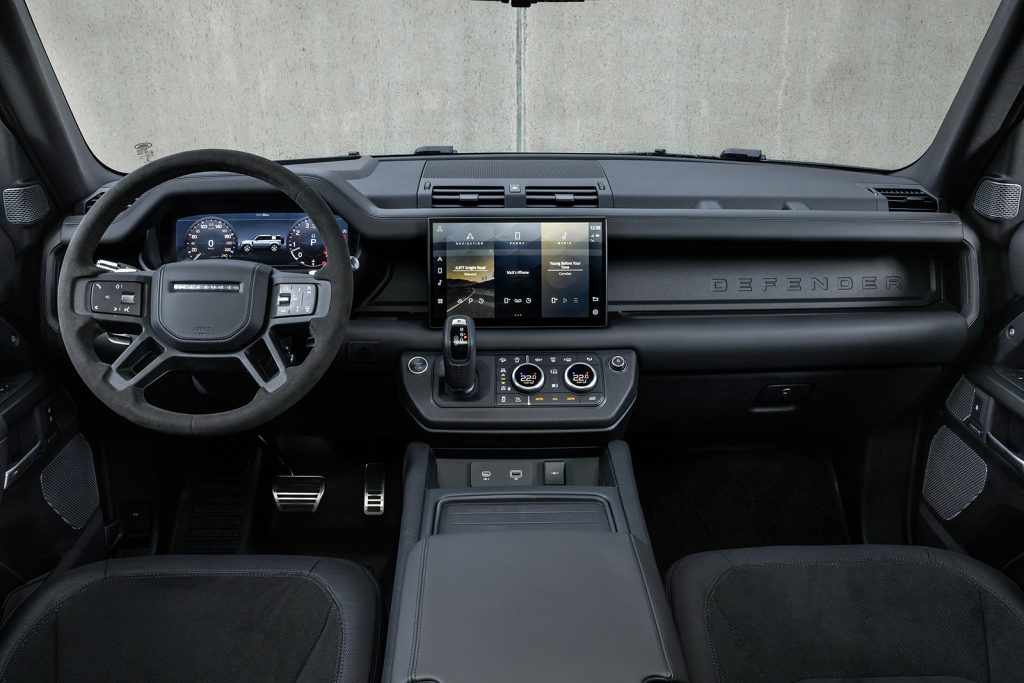 It can wade through nearly three feet of water — 35.4 inches, to be precise — and comes with a rear differential that automatically locks when needed to muster up traction in touch situations. It can handle inclines and slopes of up to 45 degrees, which feels more like 90 degrees from the driver’s seat, if you’ve never experienced that.
The equipment to make it do all that adds up to a hefty 6,610-pound gross weight. Coupling that with the Defender’s brick-like shape makes this a thirsty beast indeed, rated for 17 mpg in city driving and 20 on the highway.
It also creates some confusion about where it fits in the Land Rover lineup. The Defender is noticeably roomier than the Discovery but is priced almost $8,000 cheaper, which makes one wonder why the Disco still needs to exist.
Pricing starts at $46,100 for the two-door Defender 90, with the traditional luxury-brand caveat that options can rocket the cost higher. Still, if buyers exercise some self control on the upgrades, the Defender seems like an amazing value for the money. It offers a whole lot of capability and luxury for $46 grand, if you don’t mind its fuel-burn numbers.
The four-door Defender 110 starts at $50,500.

Why buy it?
It mixes on-road comfort, modern styling and amazing off-road capability. It’s a worthy successor to the iconic Defender.