The mid-size ES sedan has long been the buttery smooth heart of Lexus, even as crossovers have stolen the brand’s sales crown.
The ES represents everything Lexus fans love: a silky and silent ride, styling that looks handsome without being too ostentatious, and a sense of high quality that you can feel in your hands and wallet. It’s historically been one of the most value-conscious, reliable luxury cars you can buy.
It’s making an interesting twist, though, for 2021 with the introduction of a new four-cylinder model.
On its own, the 2.5-liter engine in the new ES 250 model would seem like a move downmarket. And yes, it feels like it when you mash the gas pedal and sense neither the grunt of a V6 nor the whoosh of speed from a turbocharger that most competitors employ in their smallest engines.
The new entry-level engine makes up for the lower, 203-horsepower output by being coupled to something unusual and very valuable in some locales: an all-wheel-drive system that helps it tackle wet and slippery roads with aplomb.
Priced under $40,000, the ES 250 comes with four-wheel traction as standard equipment. There’s no option for a front-wheel-drive version, which logic dictates would be cheaper and more fuel efficient if Lexus ever made it available. 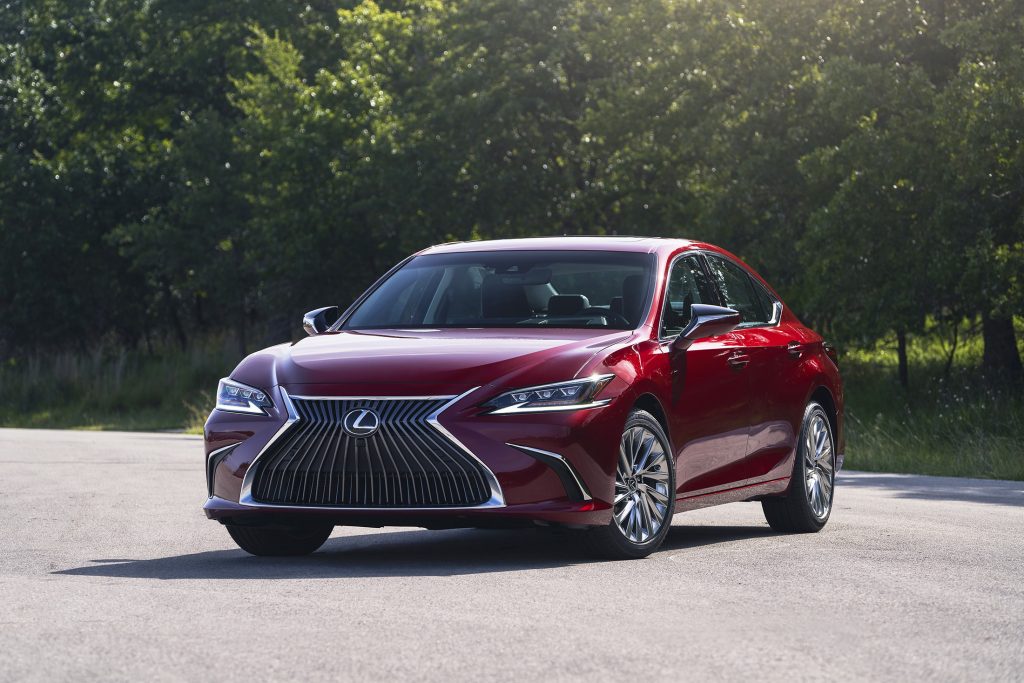 A four-cylinder engine sends power to all four wheels in the new-for-2021 Lexus ES 250 AWD.

The federal government rates its fuel economy at 25 mpg in the city and 34 on the highway, which is downright impressive for a car that feels so substantial, AWD or not.
If you want better gas mileage, Lexus still offers the ES 300h hybrid, which claims an average of 44 mpg in combined city and highway driving.
If you want better performance, the tried-and-true 3.5-liter V6 in the ES 350 makes 300 horsepower while still delivering 32 mpg on the highway.
Every ES shares one main selling point. It has a logical, comfortable, sumptuously trouble-free cabin.
Not only does it have impressively solid build quality and materials luxurious enough to make a Roman emperor jealous, but it’s laid out in such a way that drivers feel perfectly at home from the moment they step inside. Seating positions are easily adjustable, and the digital gauge cluster is simple and fun to customize.
Cabin controls are intuitive. Nothing is fussy or superfluous with one glaring exception: the trackpad controller for its digital interface that Lexus stubbornly clings to. 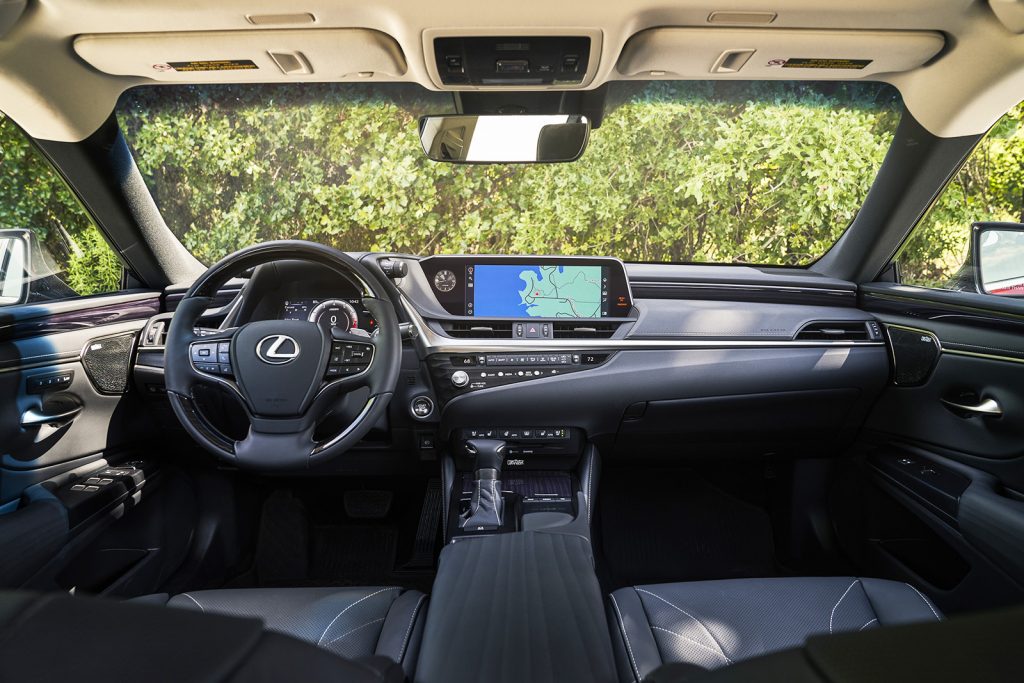 Priced from less than $40,000, the Lexus ES offers a spacious cabin, serene driving experience and reputation for durability.

I recommend you spend a lot of time playing with the trackpad controller before committing to buy this car, including while you’re test-driving it on bumpy roads and highways. It frustrates some drivers; others don’t have any trouble.
Fortunately, all ES models come standard with Apple CarPlay and Android Auto, so interacting with smartphones is a breeze.
Overall, the ES is the perfect car for people who want a serene, truly luxurious driving experience without breaking the bank. The AWD base model adds to its appeal for drivers who want that serenity on slippery roads.
The starting price is the same, $39,900, whether you pick the ES 250 AWD with its four-cylinder engine or the more powerful ES 350 with a V6.
The hybrid ES 300h starts at $41,810. Each model can be equipped with the Luxury, Ultra Luxury or more sprightly F Sport package.

Why buy it?
It’s silky, serene and known for delivering an outstanding value. A new all-wheel-drive model gets both improved gas mileage and better traction on slippery surfaces.