Luxury SUVs come in all shapes and sizes, but they usually share one common attribute: flashiness.
Volvo’s XC90, though, is an exercise in minimalism. Compared to the brashness of most of its competitors — the yacht-sized grille of the Cadillac Escalade, tech-overloaded cabin of the BMW X5 or dinner-plate-like badges on every Mercedes-Benz SUV sold in the past decade — this Volvo prefers to fly under the radar.
What it lacks in pizazz it makes up for in substance.
The XC90 is one of the most graceful SUVs I’ve ever driven. It serenely floats over pavement while coddling up to seven people in clean Scandinavian comfort.
Yes, Volvo has been owned by China’s Geely Holding for the past decade, but the XC90 looks and feels as Northern European as an SUV can be. It’s solid, logical, practical and visually pristine.
It’s also packed with some of the most interesting and thoughtful technology for sale today, both under the hood and inside the cabin. 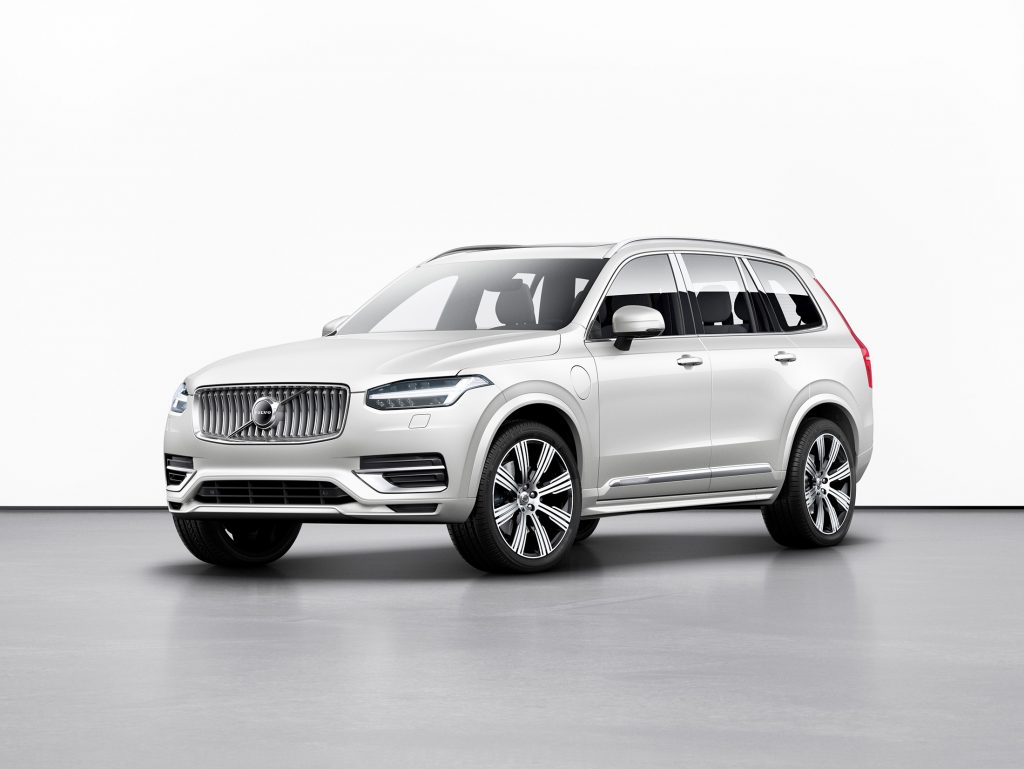 Volvo’s XC90 is available as a 400-horsepower, plug-in hybrid vehicle. Fuel economy is rated for the equivalent of 55 miles per gallon, although real-world mileage will vary wildly depending on how it’s driven.

The base engine, called the T5, is fairly conventional with 2.0 liters of displacement, four cylinders and a turbocharger, and it serves as the basis for every XC90. Things get more interesting when you upgrade it to the T6 or T8 powertrains.
The T6 uses both supercharging and turbocharging to boost the power output up to 316 horsepower, which is phenomenal for such a small engine.
The T8 ups performance even further by adding electric motors to the mix, making it both the most efficient version and the most powerful with 400 horsepower and a Thor-like 472 pound-feet of torque. It’s a plug-in hybrid that can briefly run on electric power before its gasoline engine fires up.
The federal government rates the T8 XC90 at the equivalent of 55 miles per gallon, although real-world mileage will vary widely whether you’re driving it on short trips, where its 18-mile electric range won’t require a drop of gasoline, or on long road trips when the electric power won’t provide as much benefit.
Not surprising for a brand that built its reputation on safety, the standard driver assist features are impressive. The XC90’s standard Pilot Assist system makes driving nearly autonomous on the highway, doing a good job keeping the vehicle centered in well-marked lanes. 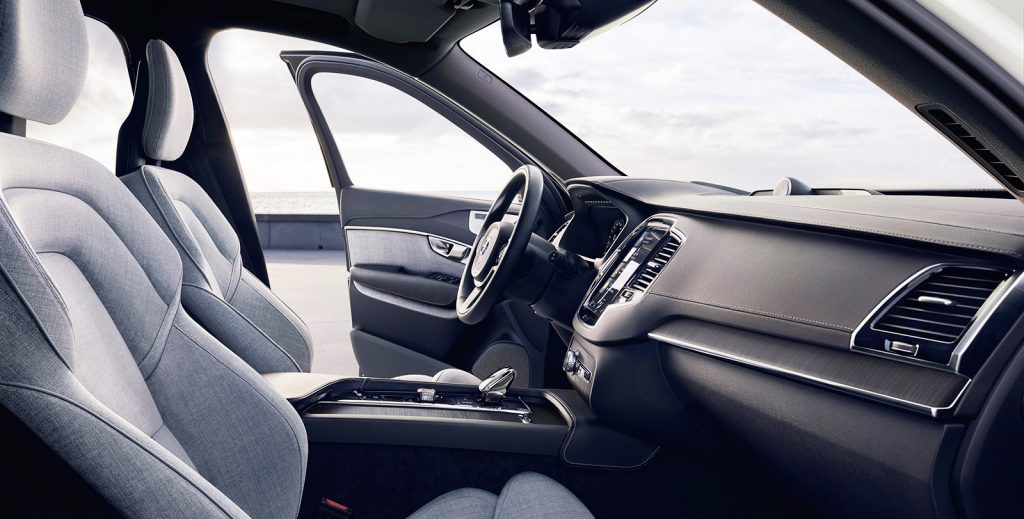 The XC90 has a serene, minimalist cabin with outstanding build quality. A digital gauge cluster makes information easy for the driver to access.

A digital instrument cluster and brilliantly designed touchscreen interface make its features easy and intuitive to access, something I wish I could say for every car built today.
Outside, the XC90 has the somewhat boxy look of a traditional SUV, something that benefits its cargo and passenger space. Dramatic headlight and taillight accents add some spice to an otherwise utilitarian design.
While today’s luxury SUVs seem to favor grilles that are obscenely large and ungainly, something I’ve never understood, the XC90 sticks with much more tasteful, car-like shape up front.
Inside is where it really shines, though.
Again, while it’s not the flashiest luxury SUV cabin you can find, it’s one of the very best executed. Supple, taut leather, ample soft-touch materials and a few eye-catching accents — including a crystal shift knob — make it feel serene and special. I’m a big fan of the wood trim Volvo uses, which looks like it belongs on expensive, modern, handcrafted furniture more than in a car.
Pricing starts under $50,000 for the Momentum trim with the T5 powertrain. The more powerful T6 starts at $57,595, while the plug-in hybrid T8 is priced from $63,450.
Depending on how you equip it, the price can climb rapidly. My T8 Inscription tester rang up over $81,000 after adding some pricey extras, including a fantastic Bowers and Wilkins sound system and air suspension for a smoother, adjustable ride.

Why buy it?
The XC90 delivers a full luxury-SUV experience — supple cabin, serene highway ride, ample power, and plenty of safety and tech features — in a tastefully understated package.