Acura’s TLX has long been a tempting car, but perhaps not tempting enough to pry people away from its German sports-sedan competitors.
The Mercedes-Benz C-Class, Audi A4 and especially the BMW 3 Series are hard to beat for their combination of excitement and panache. With a clean-sheet redesign for 2021, though, the all-new TLX is making a stronger case than ever before.
The 2021 TLX is the first car designed entirely under the brand’s “Precision Crafted Performance” goals, and it’s engineered to underpin the first Acura Type S car in more than a decade. The high-performance TLX Type S is expected to debut next year.
This new chassis feels more than ready for it, and I can’t wait to see how it handles the turbocharged V6 in the Type S variant.
Until then, the TLX is powered by an engine layout it shares with virtually every contemporary entry-level luxury car: a 2.0-liter turbocharged four cylinder. 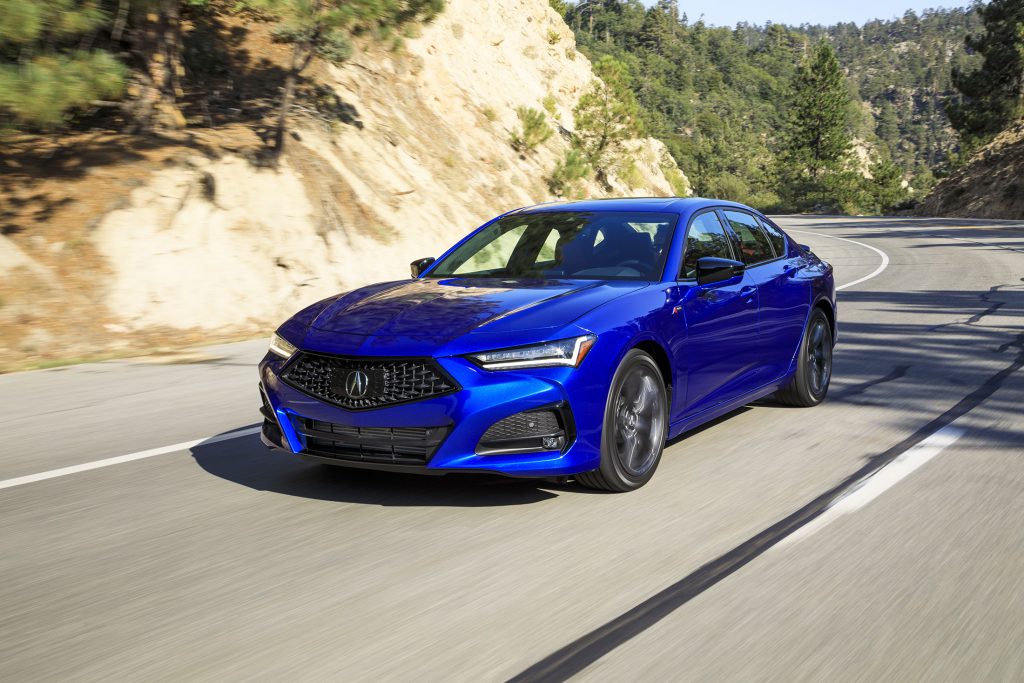 The all-new 2021 Acura TLX has exterior lines that are heavily influenced by the Acura Precision Concept vehicle. It’s longer, wider and slightly lower than before, with fresh styling that catches the eye.

In this case, it makes 272 horsepower and 280 pound-feet of torque, delivering V6-like acceleration with impressive fuel economy. It’s rated for 31 mpg on the highway with front-wheel drive or 30 with Acura’s specular all-wheel-drive system.
The turbo four is the same engine Acura debuted in the new RDX, and it feels even better with the TLX’s sportier, lower stance that emphasizes handling. It’s also more powerful than most of the base engines its competitors offer.
The most dramatic changes for the TLX are all about performance. Its all-wheel-drive system has 40 percent more torque capacity for the rear end, making it feel more like a traditional rear-wheel-drive sports sedan when it reaches the limits of traction in corners. It also can transfer power from the front to the rear 30 percent faster, Acura claims.
A dramatically stiffer body structure helps the new TLX deliver better sensations to the driver, including some suspension mounting points that are twice as stiff as the outgoing car.
The new chassis feels bank-vault solid, just like in the best German cars. It also works in conjunction with acoustic spray foam, dense sound-deadening materials, laminated acoustic glass and triple-sealed doors to create a silent quiet ride at high speeds.
The 2021 TLX is stretched in length and width but, thankfully, not height. It looks dramatically lower now, thanks to being 2.9 inches longer, 2.2 inches wider and very slightly shorter than before. Inside, you notice the extra space with generous hip and leg room.
Heavily influenced by the Acura Precision Concept vehicle, the new TLX is sleeker and more aggressive than before. I think it’s the best looking Acura in the last 20 years, with the exception of the gorgeous NSX supercar.
I wish designers could have found a more invisible way to protect sensors at the front of its grille, though. A large clear shield on the front of the car, right over the logo, lets millimeter radar waves pass through and protects the sensor from rain, ice and debris, but it looks strange in such a prominent spot.
Other than that, I wouldn’t change a thing about the looks. It draws visual attention without being ostentatious, a delicate balance that seems just right from every angle. 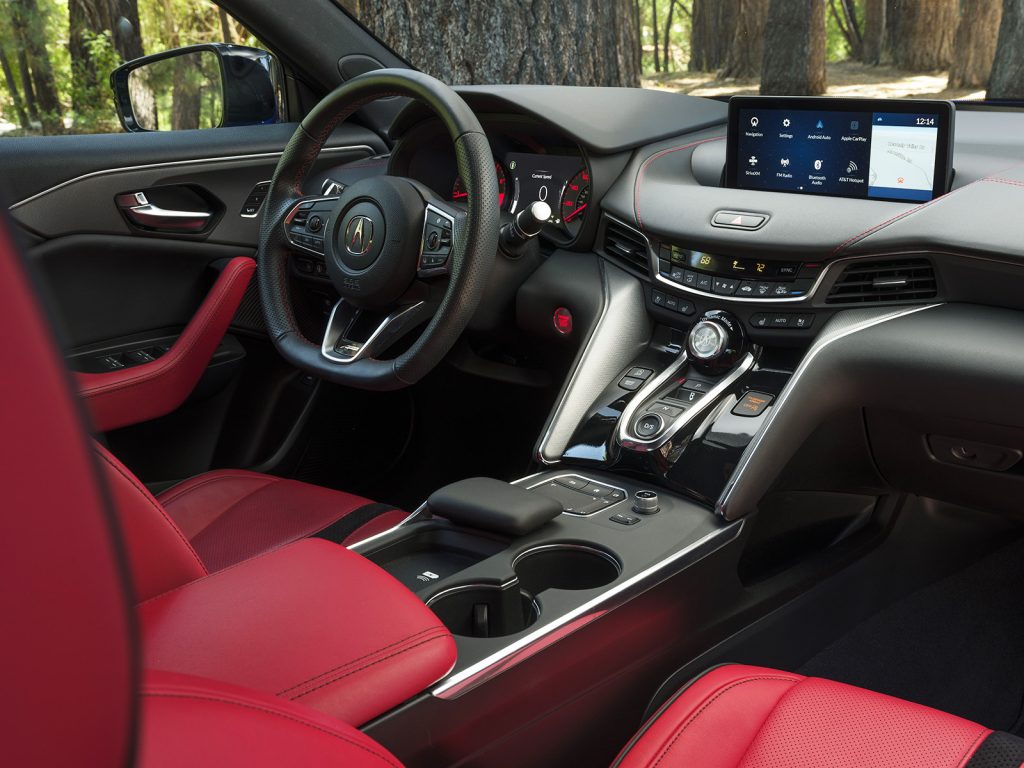 A 10.2-inch screen offers convenient visibility in the new TLX’s cabin. Acura’s True Touchpad Interface is one of the best such systems on the market today for controlling its multimedia features.

A great sports sedan is all about how it handles, though, and the TLX’s new suspension architecture is spectacular. Double wishbones in front and a five-link design in back feel supple in a straight line and firm in corners, a fantastic combination for everyday driving and generating smiles on winding roads.
Acura also fitted my TLX tester with one of the best sound systems I’ve ever heard, particularly impressive on a car priced under $50,000. The ELS Studio 3D audio system immerses you in sound from 17 speakers that blissfully don’t sound like speakers at all. The 710-watt sound system has 16 distinct channels that direct the audio from all directions, making the whole car sound awash in crystal-clear music.
Pricing starts at $37,500 in Acura’s delightfully straightforward lineup. You can also pick from three packages — Technology, A-Spec and Advanced — priced at $41,500, $44,250 and $46,300 respectively.
If you want all-wheel drive, add $2,000 to those numbers.

Why buy it?
A new-generation design dramatically raises the bar for this car’s looks, performance and feature set. It’s engineered to become the first Type S car in more than a decade, expected next year.