A Mountain of an SUV

It’s been more than a decade since the current generation Lexus LX debuted, and you can sense it.
That’s a downside in some ways, including its lack of Apple CarPlay and Android Auto. It also has a paucity of driving-assistance features that make today’s high-end cars practically drive themselves on the highway.
Despite its starting price over $90,000, you can’t get it with the Lane Tracing Assist that comes standard on a base Toyota Corolla, for example.
In other ways, the LX’s existence as a rolling relic is a great thing.
Consider its venerable V8 engine. At one time the meaty heart of any luxury car worth indulging in, today the V-shaped, eight-cylinder layout is almost entirely extinct. It’s been replaced by smaller engines with turbochargers, electric motors and other innovations designed for daintily sipping fuel. 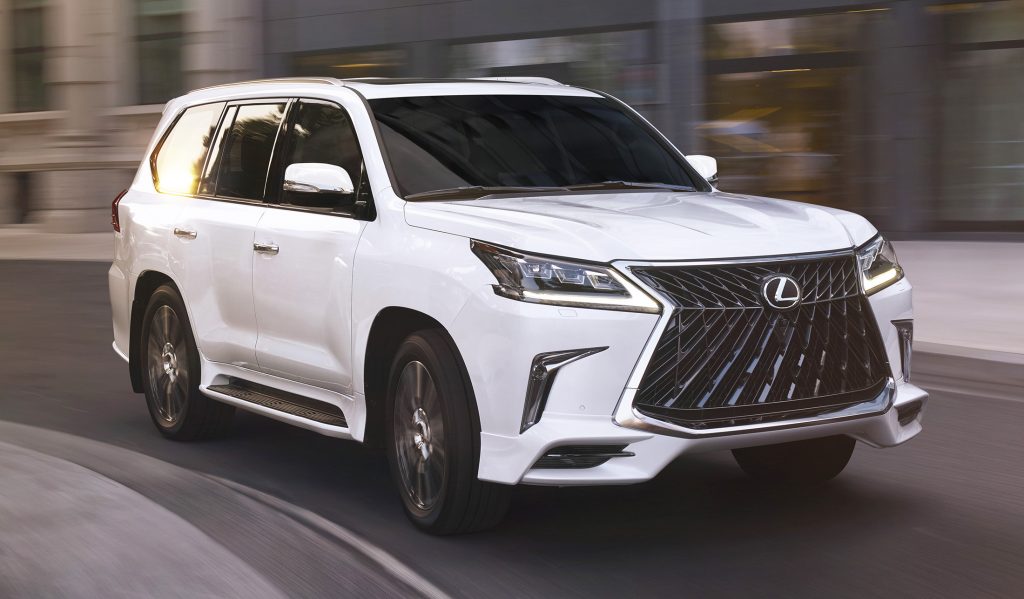 A new Sport appearance package updates the look of Lexus’ premium off-roader, the massive LX 570, for the 2020 model year.

There’s nothing dainty about the V8 under the LX’s hood, though. When you mash the gas pedal, it snorts, rumbles and smoothly pulls this massive vehicle up to highway speed in no time. Sure, it burns through lots of fuel in the process, but it’s satisfying and effortless in a way the high-pitched, turbocharged and hybridized engines simply aren’t.
The same thing applies to the structure of this SUV, which feels as if it’s made from polished marble. Freshly designed vehicles, even expensive ones, don’t match the carved-from-rock solidity you sense in every aspect of the LX, from its vault-like doors to its brachiosaurus-bone underpinnings. It’s the definition of sturdy.
That solidity is more than a feeling. The LX, like its Toyota-branded cousin, the Land Cruiser, has a reputation for being almost indestructible, even on extreme off-road excursions.
At its core, that’s what this SUV is all about: having the ability to ford water and climb mountains, all while being coddled by the soft embrace of Lexus leather and civilized amenities, including a chilled box in the center console to keep your drinks perfectly refrigerated while you cross a desert or traverse a jungle.

Top-notch materials, including real wood and supple leather, along with tight construction make the LX’s cabin worthy of its place atop Lexus’ SUV lineup.

You can even look better while doing it this year.
Lexus has done a good job updating the LX’s squared-off, rugged-looking body to somewhat fit in with the ever-evolving, giant-grilled cars it shares space with in dealer showrooms. To my eyes, the Lexus brand’s gaping front end makes for a better and more believable face on this aggressive off-roading SUV than it does on a smaller sedan.
A new Sport Package takes the look even further. Only available on models with three rows of seats — a two-row version with a giant cargo area debuted last year — the Sport adds an exclusive look with chrome accents, a lower rear valence and sportier grille and fascia up front.
The built-in drink cooler is now a standalone option for $170.
Several upgrades pushed the price of my tester over the $100,000 milestone, including a Mark Levinson premium audio system ($2,350) and DVD player with two screens in back ($2,005).

Why buy it?
It’s a sturdy, tested off-road machine with a luxurious, leather-filled cabin and creature comforts.