Automotive improvements are usually incremental. Small tweaks over many years can add up, but it’s typically a gradual, glacial process.
With the Toyota Highlander Hybrid, though, there’s a giant leap this year.
After a total overhaul, the Highlander Hybrid’s combined fuel economy rating went up a whopping 24 percent, an almost unheard-of number in this competitive industry. Toyota estimates it at 36 miles per gallon in combined city and highway driving.
If the Highlander Hybrid was a pro athlete, everyone would assume it’s using steroids.
The truth is much less salacious, though. After a complete redesign for 2020, the Highlander’s platform is designed from the ground up for better fuel economy. When the sleek, light, efficient new platform is fitted with a new generation of Toyota’s hybrid drivetrain, the numbers are eye-popping.
After driving it for a week, the best way to describe the Highlander Hybrid is invisible. That’s either a criticism or a compliment depending on how you look at it.
The hybrid drivetrain doesn’t draw attention to itself, either from the driver’s seat or from obnoxious badges. It drives a lot like any normal, gas-powered crossover vehicle. 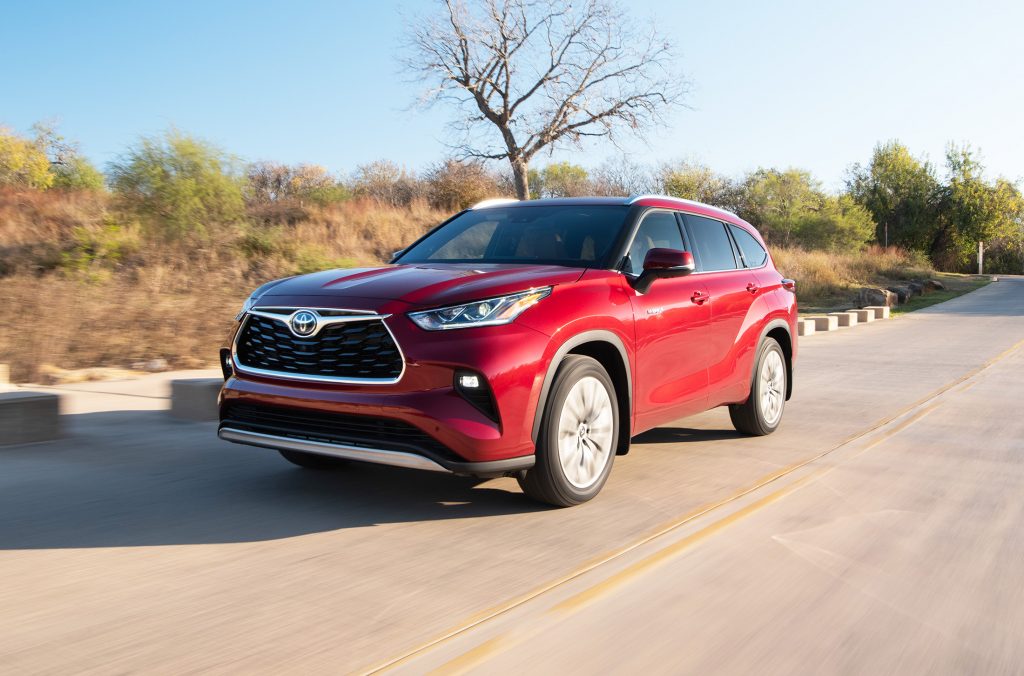 The Toyota Highlander gets an all-new design this year, including a hybrid version that makes a dramatic jump in fuel economy.

While Toyota describes the new Highlander’s styling with the most over-used word of the past decade — “bold” — it’s not. It applies the fresh Camry-like face to the same predictable recipe that nearly every new crossover follows this year. It’s pleasant to look at but hardly revolutionary.
The same thing applies to its driving feel. It scoots along nicely with a combined 243 horsepower available between a four-cylinder gasoline engine and two electric motors that are recharged every time you brake. But it’s got a sedate, calm feeling when you mash the gas pedal, finally feeling competent when you push it hard.
Where the new Highlander shines isn’t in the driving sensations, but the logic. It’s not a race car. It’s not sexy. It’s extremely practical, though, with one of the best-designed cabins I’ve ever driven.
All the seats seem roomier than they should be. It almost feels like a full-size, American-style SUV on the inside, with plenty of head, hip and shoulder room that makes it seem palatial, at least in the first two rows.
Materials and construction are spectacular, too. If this Highlander came with a Lexus badge, I’d believe it. The Highlander is traditionally one of the most solid-feeling crossovers, and this generation lives up to the reputation. 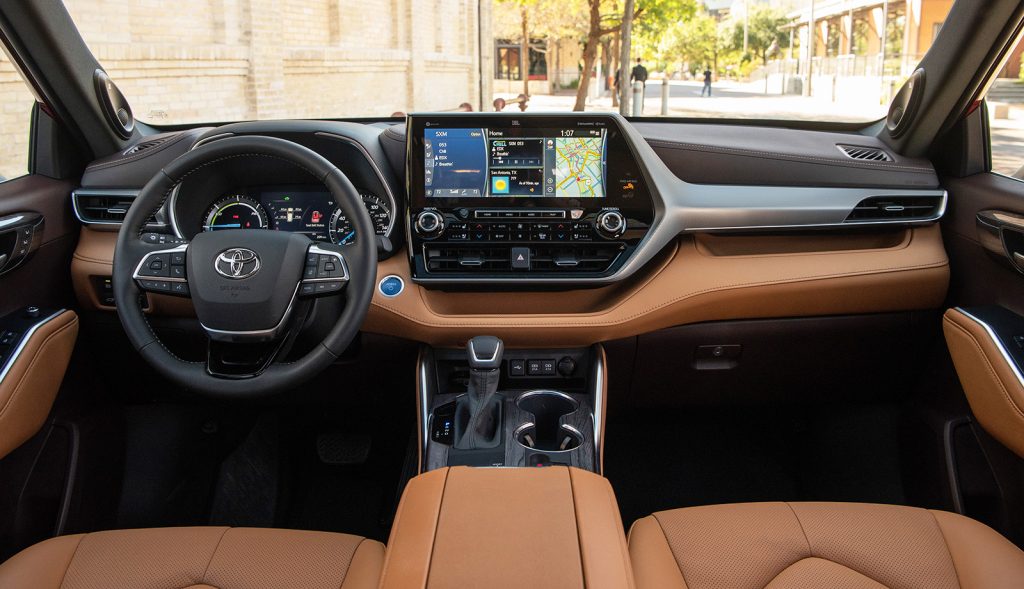 The new Highlander’s cabin stands out for all the right reasons: practical layout, impressive content for the money, and solid-feeling construction that makes it seem like it’s built to endure.

There are three rows of seating inside, plus a reasonably roomy cargo area, something that makes its 36-mpg estimate all the more remarkable. The battery pack is small enough to fit under the back sears, so it doesn’t eat into cargo or passenger volume in a noticeable way.
Toyota also continues to aggressively compete with Korean and American brans at their own game: delivering a lot of content for the money.
This is especially noticeable in the safety features that are standard on every Highlander. It comes with adaptive cruise control, lane departure alert with steering assist and the ability to read road signs. These were all pricey upgrades on luxury cars a few years ago, but they’re standard on the base Highlander this year.
Pricing for the new Highlander starts at $34,600. The hybrid version starts at $38,200 and tops out at $50,200 for the Platinum version I tested.

Why buy it?
It’s competent in every way. A new hybrid version delivers good acceleration and responsiveness with the best gas mileage in this type of vehicle.