The breadth of the pickup truck market never stops surprising me.
There are stripped-down trucks for the job site. There are obscenely priced, leather-filled luxury trucks for looking classy and riding in comfort. There are heavy-duty trucks designed for towing and hauling.
But perhaps the king of them all — and certainly the most exciting pickup I’ve ever driven — is this one, the Ford F-150 Raptor.
There are plenty of exciting off-road trucks that do a spectacular job of traversing trails with their lifted suspensions, armored underbellies, four-wheel-traction-control wizardry and Kevlar tires. That’s not what the Raptor is about, though.
The Raptor is designed not just for off-roading, but doing so at stupid-fast speeds.
Other trucks crawl over rocks. This one obliterates them.
I just spend a week driving Ford’s desert-blasting masterpiece, and even though there are no changes for 2020, it remains the same jaw-dropper it’s always been.
The latest iteration of the Raptor is powered by an enigmatic engine: a V6 with just 3.5 liters of displacement. By ordinary truck standards, that’s small. By performance-truck standards, it’s shockingly tiny. 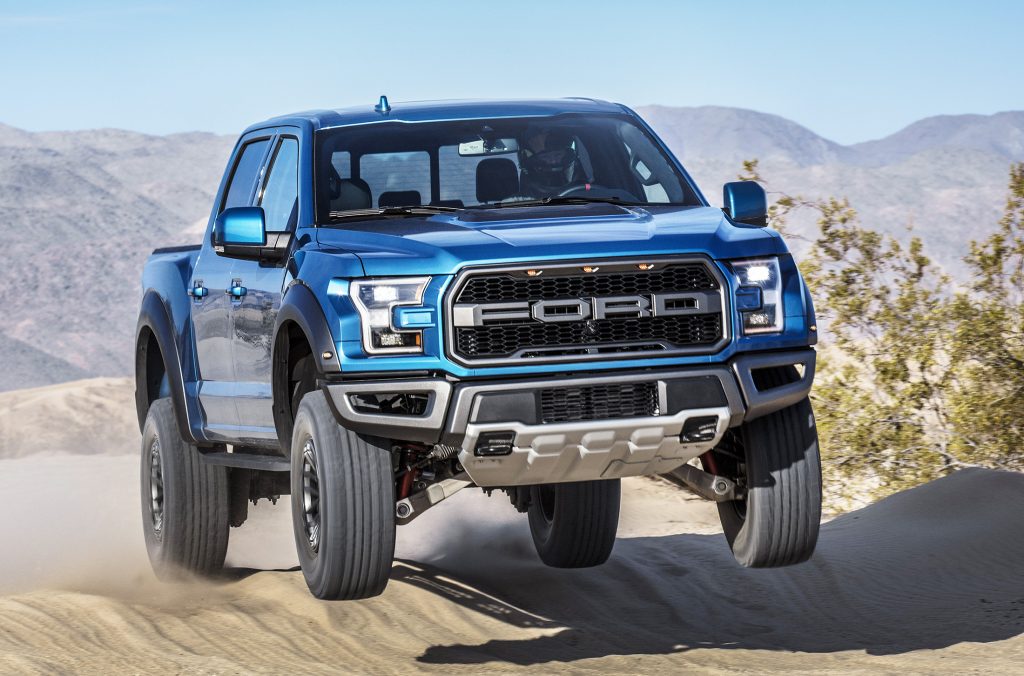 With a wider, higher stance than most trucks, the Ford F-150 Raptor looks like a beast. It also has beast-mode performance with the ability to do high-speed off-road driving.

A turbocharger provides enough boost, though, to push its output to 450 horsepower and 510 pound-feet of torque. While part of me misses the older Raptors’ V8 grunt, the wailing sounds and impressive numbers make the current iteration even better than the old V8s.
Driving it is a hoot, even on city streets. It has enough power to roar away from stoplights like a muscle car, with an angry exhaust sound to match.
What sets the Raptor apart from every other pickup for sale today isn’t the power. It’s the suspension.
The Raptor uses Fox-brand racing shocks that make it perform, more or less, like the monster trucks that barrel through the Mexican desert every year in the Baja 1000. It feels almost magical to drive through a cow pasture at 60 mph, something that would be painful and damaging to most trucks, while the body seemingly floats on a cushion of air, isolated and almost serene.
In reality, it’s science, not magic, that makes it behave this way.
The racing-style shocks are built to transfer huge amounts of energy between the heavy truck and the rough terrain over which it blasts. They use intense gas pressure and continuously variable compression to help the pickup glide over otherwise inhospitable paths, along with sensors and electronic adjustment that helps it react to the changing terrain.
It looks the part, too, with a menacing face and wide stance. Other trucks try to mimic its bad-boy look, but the Raptor’s appearance is purposeful. Other than the wild graphic prints that are optional on the body, the visual features that make it look so mean and imposing are functional, not just decoration.
Its Recaro sport seats aren’t there for style. They pin you in place for Baja-style driving.
The same thing applies to its wheel arches, which are carved out to allow maximum space for the insane amount of motion its wheels can embark on over rough roads.
From both a style and engineering perspective, it’s a remarkable machine. No other factory-built truck does what a Raptor can do. 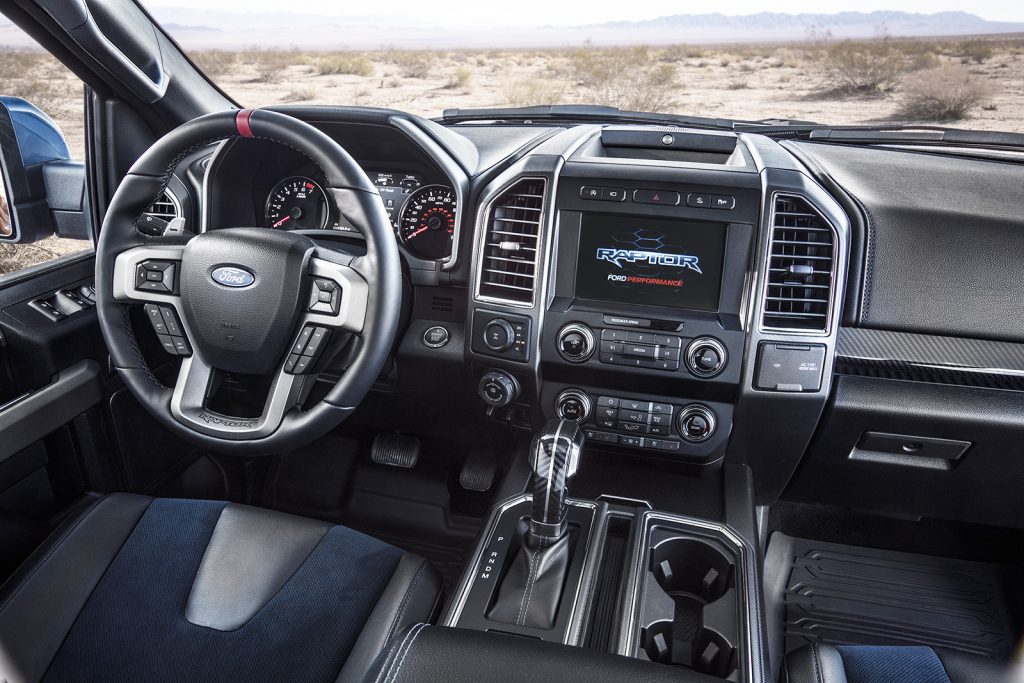 The Raptor’s purposeful interior matches its aggressive body, including an iconic mark on the steering wheel to help the driver judge angles and supportive Recaro sport seats to hold torsos in place.

What are the downsides?
For one, it’s kind of silly. No one needs to drive through deserts and fields at freeway speeds, which is the entire premise of the Raptor. It’s thoroughly illogical, which could also be an advantage depending on how you see the world.
And, no surprise for a 450-horsepower truck, fuel economy is terrible. It’s rated for 15 mpg on the city and 18 on the highway.
It’s also pricey, starting at $53,455 before you add any options. My Raptor SuperCrew tester rang up at nearly $75,000, or almost enough to buy three base-trim F-150s.
For people with the means and a sense of adventure, though, the Raptor remains the most thrilling factory-built pickup truck on the planet

Why buy it?
It’s an absolute thrill to drive. The same remarkable suspension that makes it glide over obstacles also makes it impressively supple for on-road driving.