Tesla and Toyota generate the lion’s share of electric-car and hybrid headlines, but the vehicle I’m driving this week deserves more attention than it’s getting.
It’s the Mitsubishi Outlander PHEV, which stands for Plugin Hybrid Electric Vehicle. It’s the best-selling vehicle of its type, Mitsubishi claims, citing IHS Markit vehicle registration data. Yet I don’t know too many people who’ve heard of it, and fewer still who have top-of-mind awareness about it when they imagine eco-friendly SUVs.
What’s it like to drive? Remarkably conventional.
Based on the standard Outlander, a rapidly aging Mitsubishi crossover that hasn’t been thoroughly updated in more than six years, the experience from the driver’s seat is as ho-hum as one could expect. Acceleration is slow; the ride is bouncy over bumps; and the cabin would be reasonably nice if the rest of the world hadn’t advanced since 2014.
It’s not bad, but it’s not a vehicle I’d buy for the driving experience alone.
The real reason the Outlander PHEV is intriguing, though, is about what it doesn’t do: burn any gas for the first 22 miles you drive it.
For many families’ school runs, grocery shopping trips and commutes, that’s enough to run on electric power all the time. You just keep it charged up overnight, and it runs off battery power just like dramatically more expensive Tesla SUVs — albeit with its dramatically shorter, 22-mile battery range.
Unlike Teslas, though, this Mitsubishi has a traditional gasoline engine that can extend its range comparably to a normal, gas-powered car. When the battery runs out, it just starts burning gas to keep you going.
I think plug-in hybrids like this make more sense than a pure electric car for most families, at least until battery capacity and charging times increase or the charging infrastructure gets closer to the ubiquity and convenience of gasoline in America. 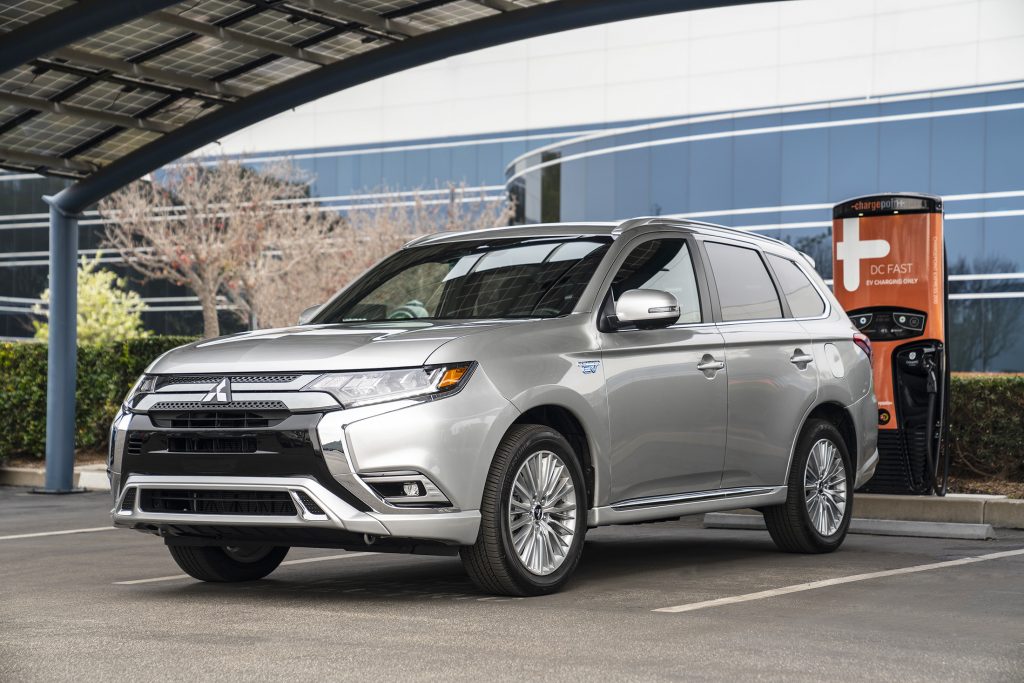 The Mitsubishi Outlander PHEV has an electric range of 22 miles, plus a gasoline engine that gives it added driving range approximating a more traditional SUV.

With the Outlander PHEV, you get the benefit of electric power for short trips, which covers most people’s daily driving. But you don’t have to buy or rent a second gasoline-powered car for trips across wide-open states such as Texas or Wyoming.
It’s two vehicles for the price of one, with 90 percent of an electric car’s benefits and only 10 percent of the drawbacks.
And yes, there are drawbacks to the PHEV version of the Outlander.
Unlike the standard Outlander, you can’t get the PHEV with a third-row seat. Plus its small, 11.3-gallon gas tank means your overall range still remains slightly limited compared to most SUVs and crossovers.
Aside from those downsides, the PHEV gets a lot of the basics right. New standard safety features, including automatic high-beam headlights, lane departure warning and sensors that can detect and mitigate potential collisions, including those with pedestrians, are now included at no extra charge. 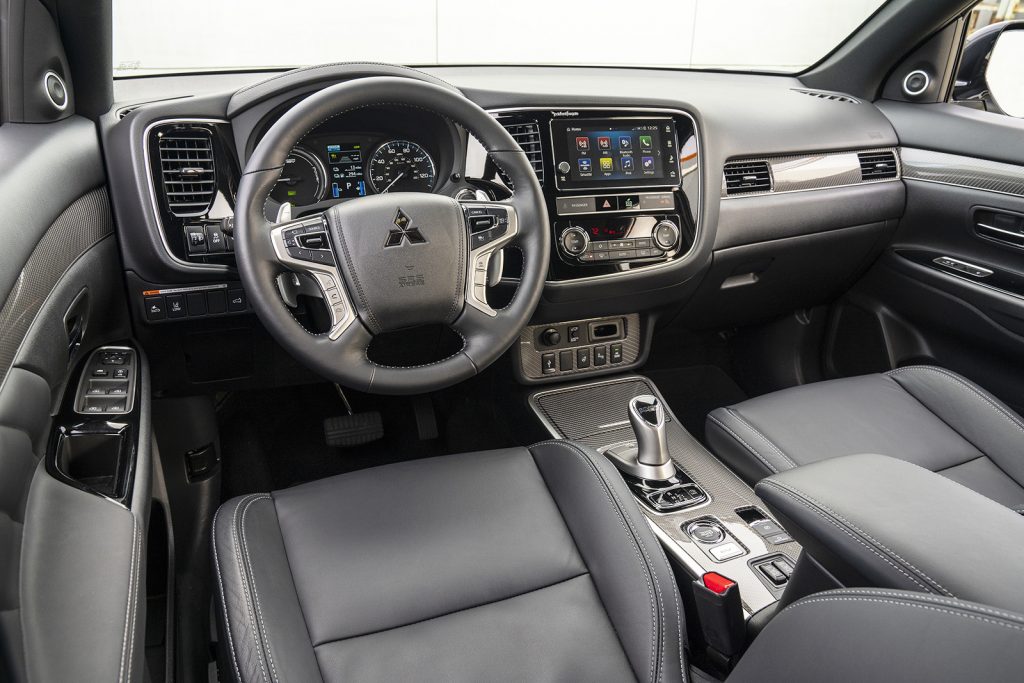 A new 8-inch touchscreen display did a great job running Apple CarPlay on my tester, and — hallelujah — traditional, intuitive HVAC control knobs are back below the screen once again.
My GT-grade tester was fitted with the new premium interior package, which feels like a bargain at just $400 extra. It adds a quilted leather pattern to the interior that makes a big visual difference in an otherwise sparse cabin.
I also like Mitsubishi’s all-wheel-drive system, which comes standard on every Outlander PHEV. It offers excellent traction and control on wet or icy surfaces, plus some potential for off-road driving if needed.
Pricing for the Outlander PHEV starts at $36,295. Federal and state tax rebates may be available to drive that price even lower depending on your tax situation and where you live.

Why buy it?
It can run on electric power for short trips or gasoline power for long ones. It’s a smart combination for many families.