The 8 Series is Back

The year was 1989. New Kids on the Block were starting their “Hangin’ Tough” tour, Indiana Jones was crusading at the box office, and the 8 Series coupe proudly topped the BMW lineup.
The 850i, which debuted 30 years ago at the Frankfurt Motor Show, was the first car to offer the alluring mixture of a 12-cylinder engine with a six-speed manual transmission. It was designed as a showcase for what the ultimate “modern” car could be — including a body engineered by computers and a sleek, sensual shape carefully honed through wind-tunnel testing.
Unfortunately, its stratospheric price and resulting low sales numbers meant it would spend less than a decade as BMW’s flagship in the United States.
That changes this year.
The 850i is back, and unlike MC Hammer and parachute pants, the resurrection of this early-1990s icon is something to celebrate. 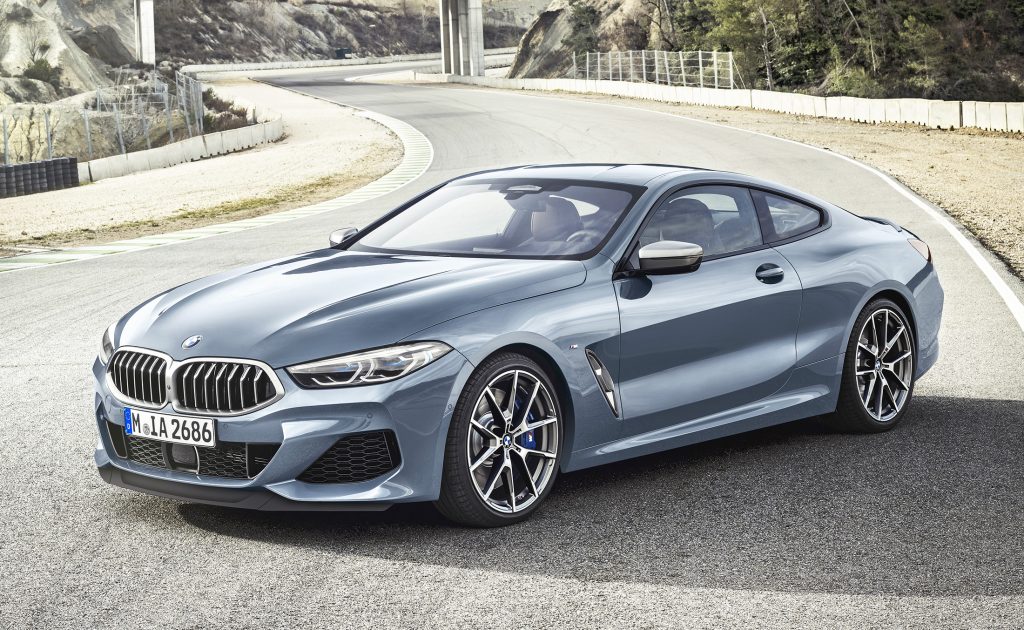 The new 8 Series coupe caps BMW’s lineup starting this year. Sleek, powerful and sophisticated, it’s the successor to the original 8 that debuted in 1989.

This all-new 8 Series replaces the 6 atop BMW’s range for 2019, making it a stylish, powerful and deliciously contemporary successor to its earlier namesake.
It’s a fantastic grand tourer, as I discovered during my weeklong test that mixed city traffic, long stretches of highway and the undulating mountain roads in eastern Oklahoma and western Arkansas.
In the city, the 8 is all about style. Yes, it checks the right feature boxes for a comfortable commuter, but that’s not why it stands out. It’s drop-dead gorgeous, a superficial but nonetheless noble aim for a big, sexy coupe.
On the highway, it’s sumptuous.
With 523 horsepower on tap in my 850i tester, the V8 engine roars in the passing lane while a taut-but-comfortable suspension coddles you mile after mile. An 18-gallon fuel tank proves useful on long trips, another hallmark of a legitimate grand tourer.
On mountain roads, though, it shows hints of sports-car exhilaration.
Yes, it’s monumentally heavy. You feel every bit of its 5,280 pounds of gross weight in corners, but a fast throttle response, firm steering feel and confidence-inspiring sport suspension setting let you make the most of its equally monumental horsepower.
Viscerally, the 8 is designed to be more of a refined cruiser than a hard-edged, track-day screamer. One exception is the percussive “pop-pop-pop” of its exhaust when you back off the throttle in Sport+ mode, something that made me giggle like a child the entire week. It’s delightful. 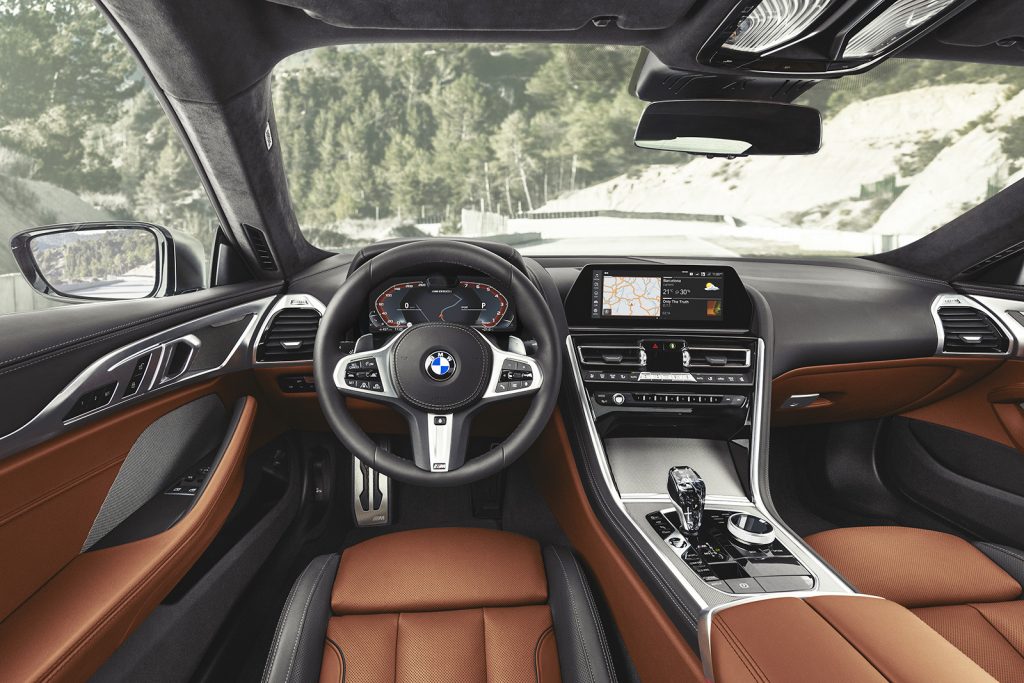 The 850i’s interior has a straightforward, driver-focused layout that makes controlling the car reasonably simple. Optional glass surfaces on the gear selector, iDrive selector and other spots make it look and feel special.

I won’t complain about the back seat. I believe anyone who buys a gorgeous, two-door car and gripes about the rear seat is making a fantastic argument in favor of capital punishment.
I will complain about the cabin not looking as striking and modern as the body. If you could meld the Lexus LC’s stunning interior styling with the 8 Series’ sensual body, you’d have created perhaps the greatest touring coupe of all time. Instead, buyers are forced to pick between the ungainly grille of the Lexus or the unimaginative interior of the BMW, an unfortunate choice.
For its perfect blend of performance and panache, though, the new 8 Series is a worthy successor to its legendary 12-cylinder ancestor.
Pricing starts at $87,900 for the 840i Coupe with its smaller engine and rear-wheel drive. The version I tested, the M850i with all-wheel drive, starts at $111,900.
If you want the fastest flavor of all, the 617-horsepower M8 packed with BMW’s most powerful production engine, starts at $133,000.

Why buy it?
It’s the spiritual successor to BMW’s rare and expensive 8 Series halo car of the early 1990s. It’s stunning to see, thrilling to drive and superbly straddles the line between sports car and grand tourer.