Already a bold car — and a bit unusual — the Nissan Maxima gets bolder for 2019.
This premium, not-quite-luxury car performs and coddles its passengers well enough that it could easily be sold under the Infiniti banner rather than at the everyman Nissan dealer. It adds to its upscale appeal with several changes this year, starting with the looks.
Up front, the Maxima’s facelift includes a new grille and standard LED headlights, while a quad-tip exhaust and more LEDs freshen the rear. It’s not a visually jarring update, but it does take the Maxima’s now-familiar “V-motion” grille to a more intense level and keeps this handsome car looking thoroughly contemporary.
The most oddball aspect of this car — its continuously variable transmission — carries over for 2019. In a car that otherwise that seems deliciously tuned for excitement and driving feedback, including outstanding handling and perfectly weighted steering, installing the world’s numbest transmission type remains a head-scratching choice on Nissan’s part. 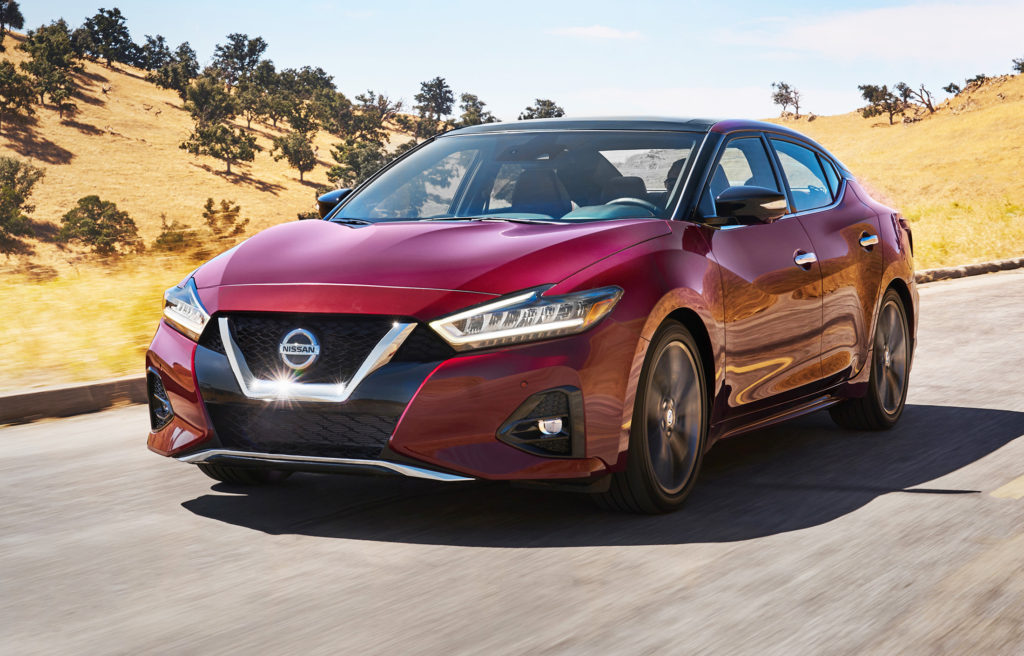 A new grille emphasizes the Nissan Maxima’s signature “V-motion” nose. It’s the most noticeable of several updates to the Maxima’s content and style for 2019.

That said, the engine’s smooth power delivery and reasonably quick throttle response from its 300-horsepower, 3.5-liter V6 engine partially make up for it. It’s fast and rewarding to drive on winding roads.
It’s also impressively comfortable for a car with sports-sedan aspirations. Nissan’s Zero Gravity seats are some of the most comfy I’ve ever experienced in a car or SUV. They also look the part with optional diamond-quilted leather.
My Maxima tester came with a new interior treatment called Rakuda Tan. While I think a more accurate name for it would be “baseball glove brown,” this rich, earthy color choice adds a tasteful alternative to the standard beige-or-black limitations of most new cars.
This isn’t a cheap car, with an as-tested price over $45,000, but it also seems like a reasonable number when weighed against its competitors that wear luxury badges. If I were shopping for a Lexus GS, for example, with its base price of $46,710, an optioned-up Maxima with quilted leather starts to look like a bargain. 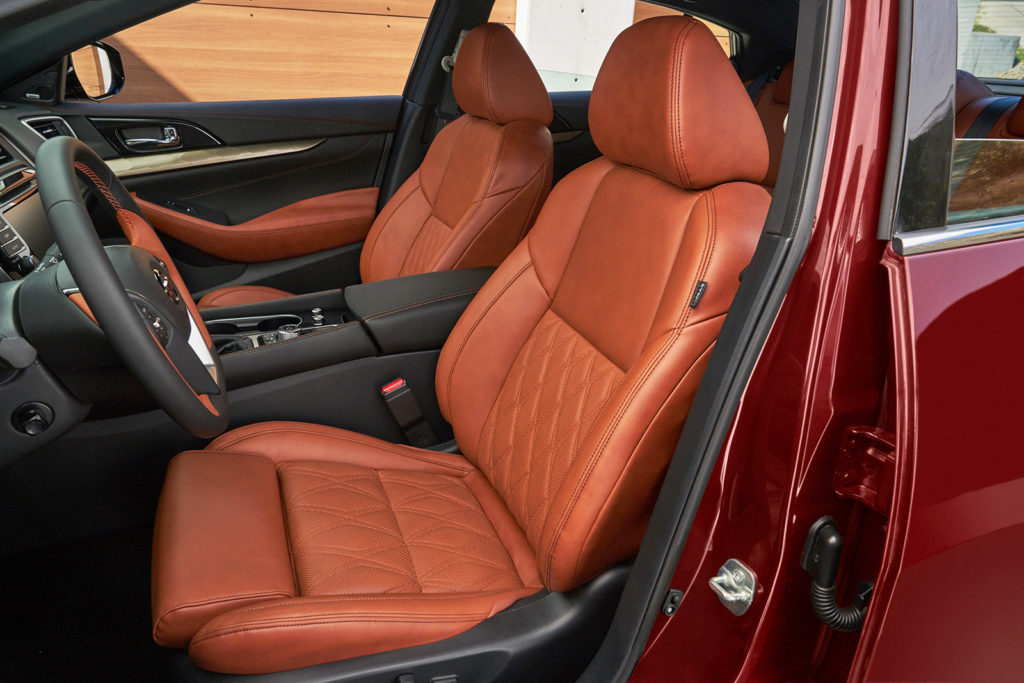 If the J.D. Power Initial Quality Study holds weight, it wouldn’t be sacrificing quality, either. On last year’s survey, the Maxima achieved a No. 1 ranking among large cars and No. 2 among all vehicles in the study.
Other changes for 2019 include standard Rear Door Alert, Traffic Sign Recognition and newfangled USB Type-C ports. New options include Nissan Safety Shield 360 with a whopping 10 air bags and a luxurious Premium Package for the SR grade and Reserve Package for the Platinum grade.
Pricing starts at $34,050 for the S model and ranges up to $42,680 for the Platinum Reserve.

Why buy it?
It has a premium feel in every aspect: power, handling, space and comfort. Its revised styling and inventive color palette keep it a notch above ordinary.