Pumped to the Duramax

Seeing how three-quarter-ton trucks are in an unrestrained arms race right now, Chevrolet decided to up the ante by offering the most powerful engine in its class for 2017: a new 445-horsepower, 6.6-liter Duramax diesel.
While I thought last year’s diesel was already a strong point on General Motors’ pickups, the new one is mind-blowing. With 910 pound-feet of torque on tap at just 1,600 RPMs, it feels like it could tow a skyscraper without breaking a sweat.
“Not so fast,” I can hear Ford fans shouting. “Our truck can tow one and a half skyscrapers!”
Indeed, the new Super Duty makes 925 pound-feet with its biggest diesel to claim the torque crown, at least for this year. Its horsepower rating is just 5 shy of the Chevy, too.
The legendary Cummins turbodiesel in Ram trucks is no slouch, either.
From where I sit, though, all these massive diesels can be described with the same word: overkill.
They all deliver so much power and capability that you almost need a commercial driver’s license to take advantage of them. It’s gotten to the point that if you’re really, truly going to be pushing their limits, maybe you should be thinking about hiring a semi truck instead.
In Chevy’s case, not only does the new engine keep pace with the nuclear armament under the hoods of its competitors, it also feels quieter and more refined. 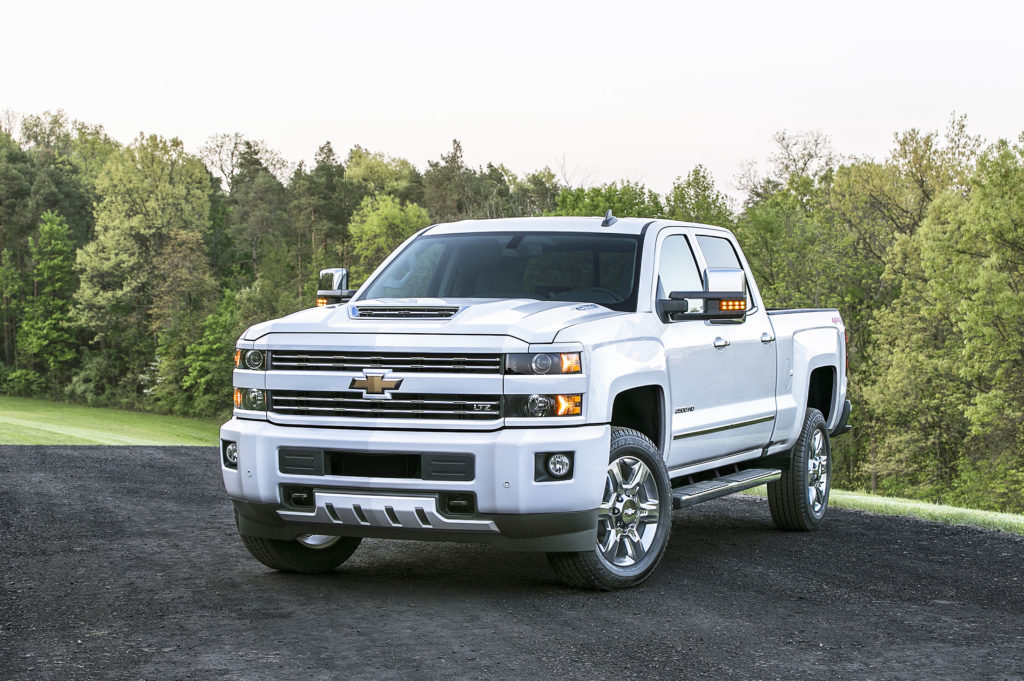 It got a 19 percent bump in torque at the same time it was reducing its noise at idle by 38 percent, Chevrolet claims.
To do that, Chevy kept the same bore and stroke dimensions but changed a whole lot about the engine’s guts. It has a stronger cylinder block and heads, better oil and coolant flow, a fresh turbocharging system and new electronic controls to keep it all running at peak performance.
It also got a new air intake system to help keep things cool. That’s my favorite part about the upgrade because it results in a mean-looking hood scoop up above the engine, making the Silverado seem even more snarling and angry when you opt for the diesel.
You can still get a Silverado 2500 with a 6.0-liter gasoline engine that makes 360 horsepower, but what fun is that? There’s no hood scoop.
All kidding aside, the Duramax is the engine I’d pick if I had the funds. It costs a whopping $9,550 as part of an upgrade package on my Silverado tester, a loaded High Country luxury truck. But with the better reputation diesels enjoy — both from a longevity and a resale perspective — the diesel upgrade starts to make sense.
With a nice cabin and impressively quiet ride, it was hard to find anything to complain about in the fancy High Country trim. Well, other than the same problem I have on every heavy-duty luxury truck: feeling symptoms of heart failure when I look at the price. In this case, it’s over $70,000, but three things make that seem palatable to me. 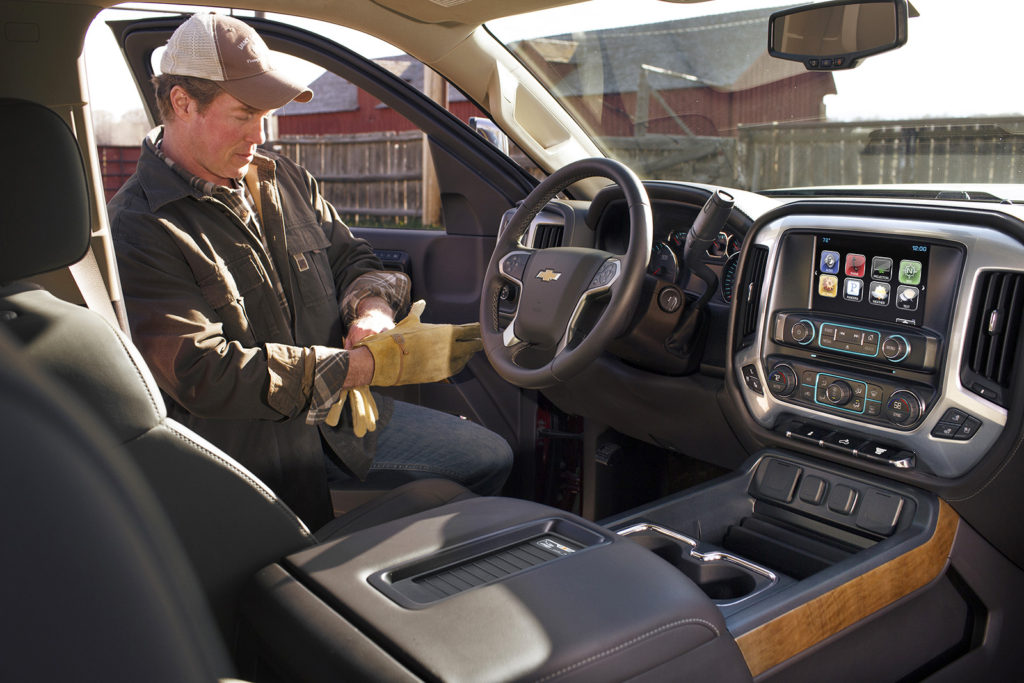 Chevrolet prides itself on a ready-for-work cabin in its heavy-duty pickups. The Silverado HD has a roomy, functional interior with a smart layout.

One, few people actually pay that much for their truck. Incentives tend to flow like the Nile on high-end pickups.
Two, it’s not out of line compared to the competition. Ford and Ram are both testing the upper limits of where the luxury truck market can go this year.
And three, a luxury work truck does the job of two or three vehicles in one. It lets you do a tough job, including towing or hauling insane loads. It can do family baseball-practice duty as good as anything, with a roomy cabin and quiet ride. And at the end of the day, it’s a luxury vehicle that turns heads on date night.
While the new diesel is, by far, the biggest change for the Silverado HD this year, it’s not the only one. It now offers Teen Driver to let parents or business owners keep tabs on driving habits; a new capless fuel filler on gas models; new 20-inch wheel design; two new exterior colors, Graphite Metallic and Pepperdust Metallic; and a new jet black and ash gray interior trim color option the High Country.