This year, crossover vehicles are hotter than the surface of the sun.
Thanks to sustained low gas prices and the whims of automotive fashion, these SUV-like family vehicles have all but replaced the traditional four-door sedan as America’s car of choice.
And nothing demonstrates our country’s love affair with crossovers like this one, the Chevrolet Trax.
Priced starting at $21,000 and about the size of an economy car, the Trax is selling like bottled water in the Sahara. Chevrolet moved around 79,000 of them in the United States last year, an increase of 25 percent over 2015’s numbers.
It shows no sign of slowing down, either. March retail sales were up another 51 percent over the same month last year for the Trax, so either salespeople are filling them full of opioids and pushing them on addicts or buyers really like this thing. 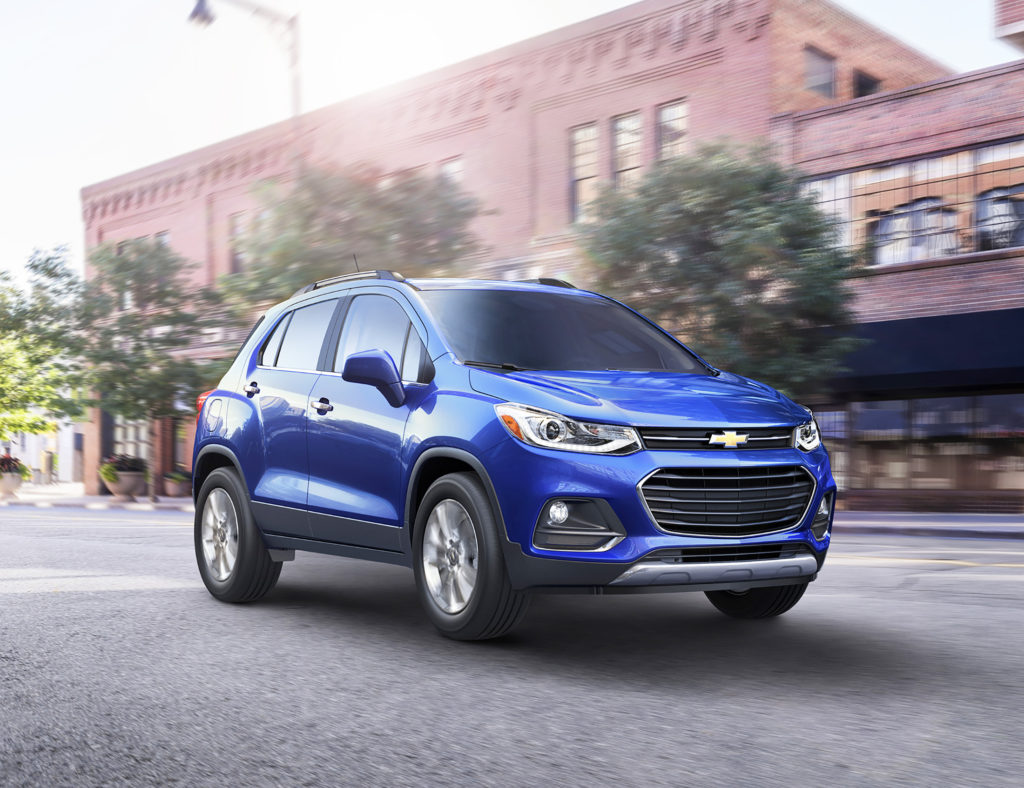 On the one hand, I see exactly why. Its rugged shape, gaping grille and bodybuilder fenders are in style right now. The cargo area and folding back seats really do make it more useful than a little car when you need to haul bulky cargo. Its 33-mpg highway rating makes it fairly cheap to drive, too.
On the other hand, especially after sampling Chevrolet’s brilliantly refined Cruze recently, I found myself missing the sportiness and crisp driving feel of cars that ride lower to the ground.
It’s interesting to contrast my two recent Chevy testers, both priced around $27,000 with a lot of upgrades.
The Trax felt roomier on the inside and offered a better view of the road with its slightly higher seating position. But other than that, the Cruze seemed like the noticeably better car. The 2017 Cruze Hatchback I tested was quieter, faster, smoother riding, more enjoyable over the road and got better mileage, rated for 37 mpg on the highway.
If I had to choose between them, I’d want the Cruze, hands down.
Buyers aren’t agreeing, though. From 2014 to 2016, Cruze sales dropped off 24 percent as they moved into crossover vehicles whose sales are blowing up into the stratosphere. Go figure.
Like many of its competitors, the Trax is the beneficiary of constant improvement as it battles for share in a white-hot market. 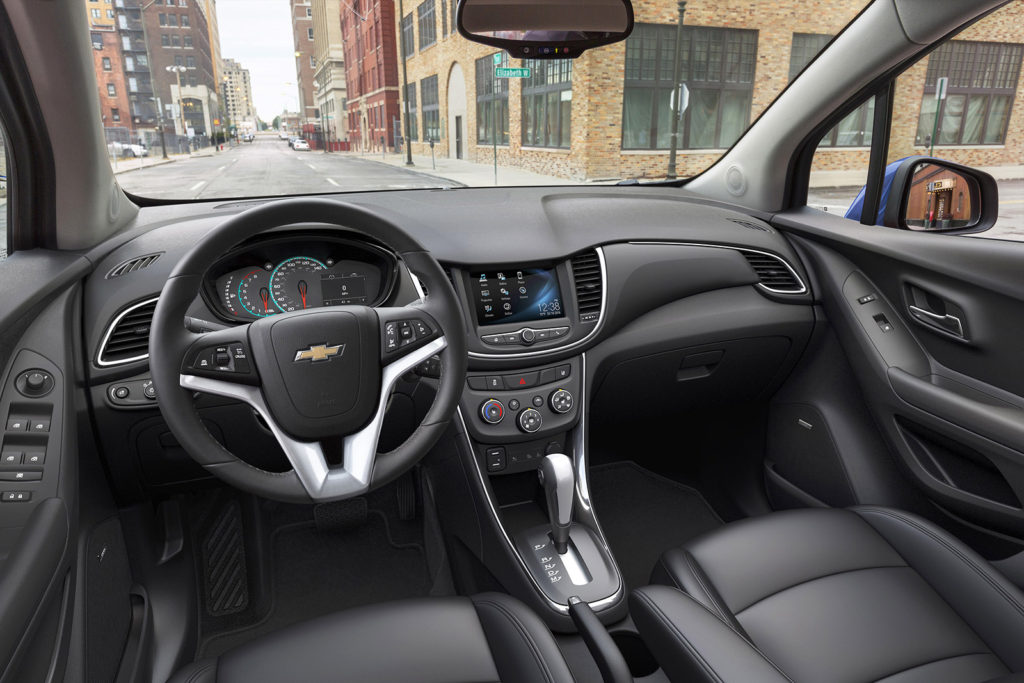 Apple CarPlay and Android Auto are available when buyers opt for the 7-inch touchscreen in the new Trax.

This year it gets a new look in front and back with heavier sculpting and sleeker headlights. It gets a new instrument cluster, a new look for its 18-inch wheels, and an upgraded interior with chrome accents and a standard digital driver information display behind the steering wheel.
It also gets my must-have tech feature set — Apple CarPlay and Android Auto to connect with smartphones — when you opt for the 7-inch digital touchscreen. Apple and Google seem to do a better job connecting phones in vehicles than the car companies have managed on their own, so I’m happy to see their products becoming more widespread with each passing model year.
One bragging point worth mentioning: the Trax has a whopping 10 standard airbags, which is more than any of its competitors, Chevy claims. You can also get it with today’s most popular safety tech, including blind spot sensors, rear cross traffic alert, lane departure warning and forward collision alert.

Why buy it?
With trendy SUV-like styling and a versatile cabin, it’s a great example of why small crossovers are so popular these days.