The average price of a new vehicle in the United States currently stands at over $34,000, according to the folks at Kelley Blue Book who track that data.
This week I’m driving a vehicle with a sticker price under $29,000, making it a few grand less than average. Yet it can still, for brief times and under the right conditions, almost drive itself.
Self-driving cars have long been discussed as a thing of the future, but they’re rapidly becoming reality on the cars of today, including those priced below average like the 2017 Subaru Legacy in my driveway. To me, that marks a turning point in driver assistance technology as it transitions from high-priced, rare and clunky systems on luxury cars a few years ago, to affordable, common and more well-sorted solutions on the average car today.
Subaru isn’t alone in offering driver assistance features that allow the car to take control in certain limited situations. Many car companies are rolling out features that can automatically brake and accelerate to move with the speed of traffic and steer themselves if you accidentally start to veer from your lane.
But Subaru’s aptly named EyeSight technology stands out in two ways.
One, it’s impressively attainable. Many, if not most, car brands are using their driver assistance tech as a lure to steer consumers into their luxury trim levels, but Subaru makes it available on a wide range of trims. 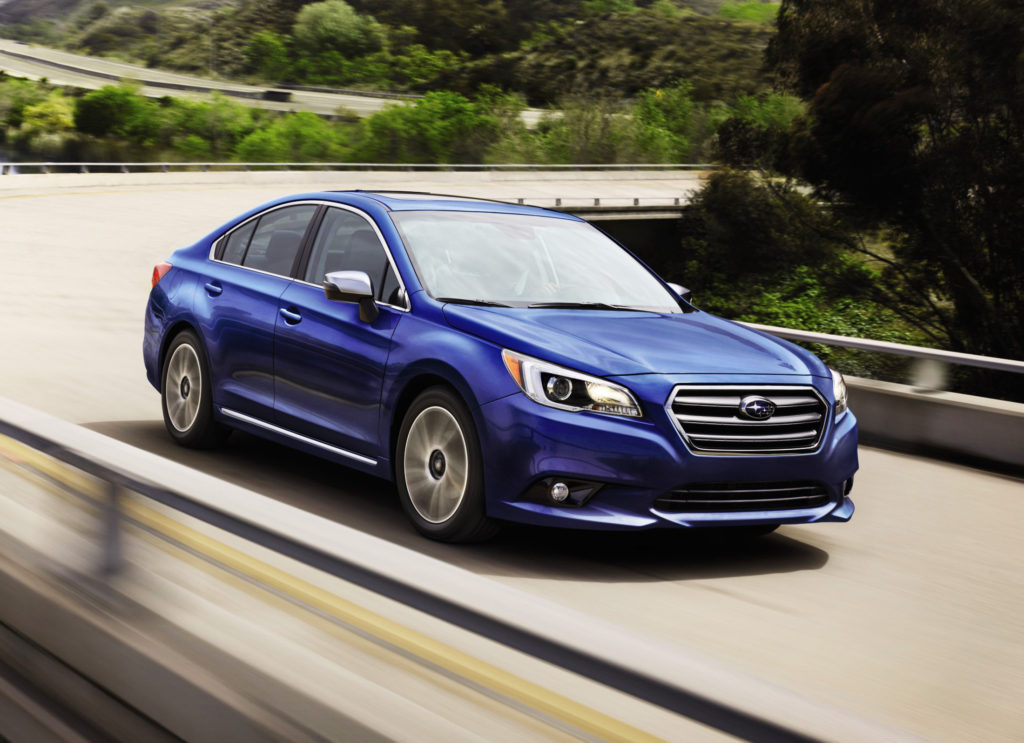 On the Legacy, for example, EyeSight is available as a $1,495 standalone option on all but the base model. You don’t have to buy the fancy-pants, super-ultra-exclusive luxury editions to get it.
And two, EyeSight is more refined than many competitor systems that try to do the same thing.
Subaru was an early adopter of driver assistance tech when it rolled out its first EyeSight system on 2013 models. It used two specially developed CCD cameras to give the car a stereoscopic view of vehicles, obstacles and traffic lanes that would help the car react on its own to the changing conditions it saw ahead.
Four years later, the 2017 Legacy shows just how well this technology has progressed. It feels more seamless now, stepping in gently to help keep you centered in your lane and changing speeds less abruptly when you engage its adaptive cruise control in traffic.
It’s also added new features, like the ability to automatically brake if it detects an object behind you when you’re driving in reverse. That’s something that could potentially be life-saving.
Of course, every car is more than its technology package, and the Legacy impresses for its handling and grip thanks to its standard all-wheel drive. It’s comfortable, spacious and reasonably quiet on the highway. 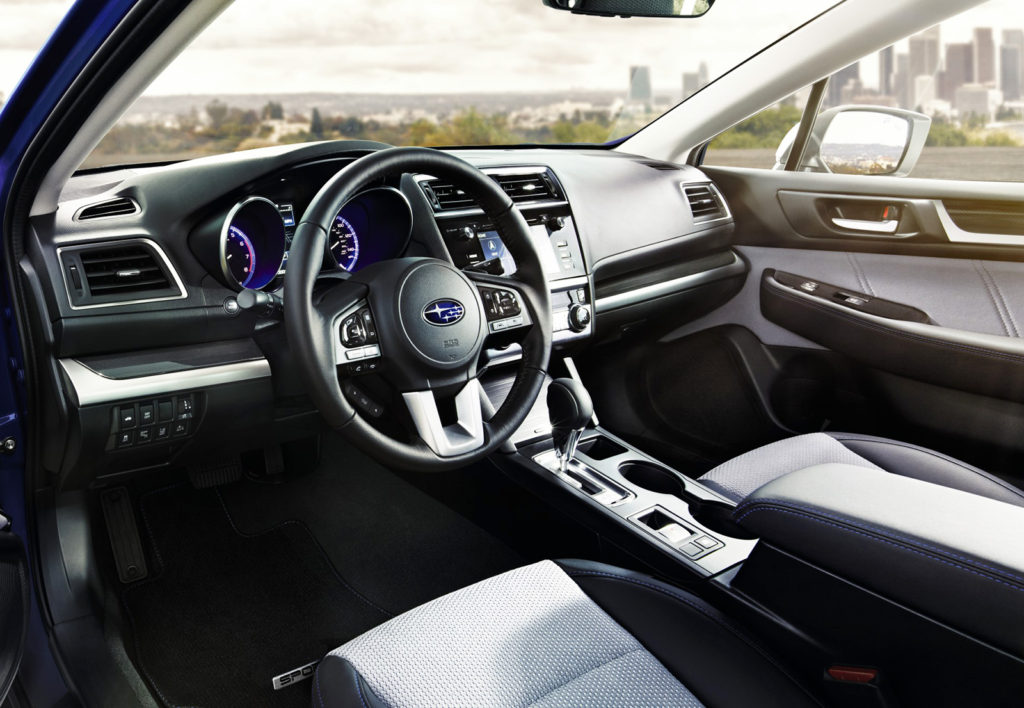 Inside, the new 2.5i Sport has two-tone cloth seats with blue stitching. Some piano black and carbon-patterned trim pieces emphasize the sporty look.

I wish my test car had a bit more power, though, as the 2.5-liter engine felt merely adequate hustling up on-ramps. I also miss the solid, German-luxury-car-like feeling of the previous generation Legacy that I loved dearly. The new one seems more flimsy when you slam the doors shut.
However, there’s a good reason for those two gripes: gas milage.
The old Legacy used to get poor fuel economy being a heavy, powerful, tank-like car with all-wheel drive. The current generation is lighter and dramatically more efficient, though, with a highway rating of 34 mpg on my tester. That’s an eye-popping number when you consider how roomy this car is and how it still sends power to all four wheels, something that typically saps a lot of mileage from the government ratings.
If you, like me, want more power, Subaru will happily sell you a 3.6-liter six-cylinder Legacy for $31,640. It makes 256 horsepower from the same boxer engine layout that Porsche and BMW made famous.

Why buy it?
Its EyeSight driver assistance package is one of the best and most affordable on the market. It also gets surprisingly good gas mileage for a roomy car with all-wheel drive.