BMW can print money by building sporty SUVs, but it’s nice to know the German company can still create the thing that made it great in the first place: a proper rear-wheel-drive sports coupe.
That’s the mission of the new 2 Series Coupe, not to be confused with the four-door, front-wheel-drive 2 Series Gran Coupe. BMW went back to its roots by giving a small, somewhat affordable two-door car the same sparkling handling and devilishly handsome looks of its pricier siblings.
The fact that BMW decided to build this car is somewhat shocking given the current car-buying environment.
Most companies are abandoning small, low-slung, fun-to-drive cars like this because consumers don’t seem to want them. Today’s buyers are all too happy to offer gobs of money for galumphing crossovers.
To an ordinary business, killing cars like this makes perfect sense. With a starting price in the mid $30,000 range, BMW can’t be making much profit on the base 230i, at least not compared to what it can make from selling an X-something-or-another for thousands more. 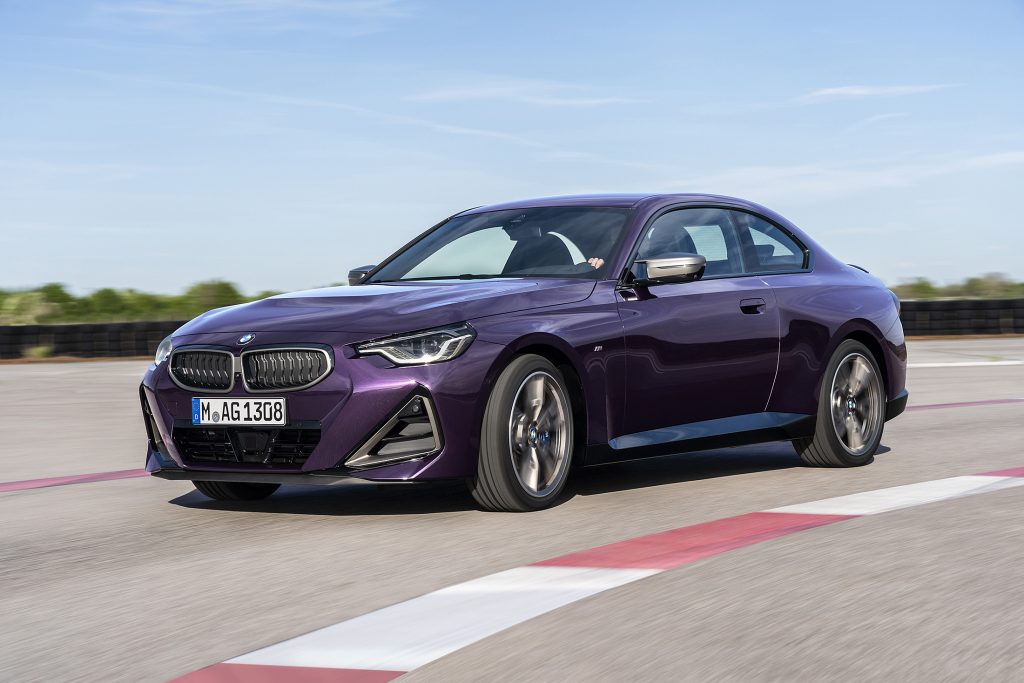 The 2 Series exists as a spiritual guidepost, though. And thank goodness for that.
This is a car designed for the pure joy of driving, starting with the way it carves corners. It gets the sensory experience right — taut steering, nimble suspension, burbly noises from the exhaust — and combines it all together in a way that feels completely magical at speed.
Even the base 250i makes 255 horsepower, enough for some fun and a bit of trouble if you push it hard enough.
My tester, the M240i, makes trouble even easier.
Not quite as raw and hammer-like as a proper M2 would be, the M-lite 240i can zip from a standstill to 60 mph in 4.1 seconds thanks to its 382-horse engine paired with a grippy all-wheel-drive system. That’s even quicker than the outgoing M2 Competition, according to Car and Driver’s testing.
I didn’t test both myself, but I’d believe it. The M240i doesn’t just explode with mind-bending speed, but it feels effortless in the process. The legendary smoothness of BMW’s inline-six engine layout is as buttery as ever, even when a turbocharger is strapped to it. 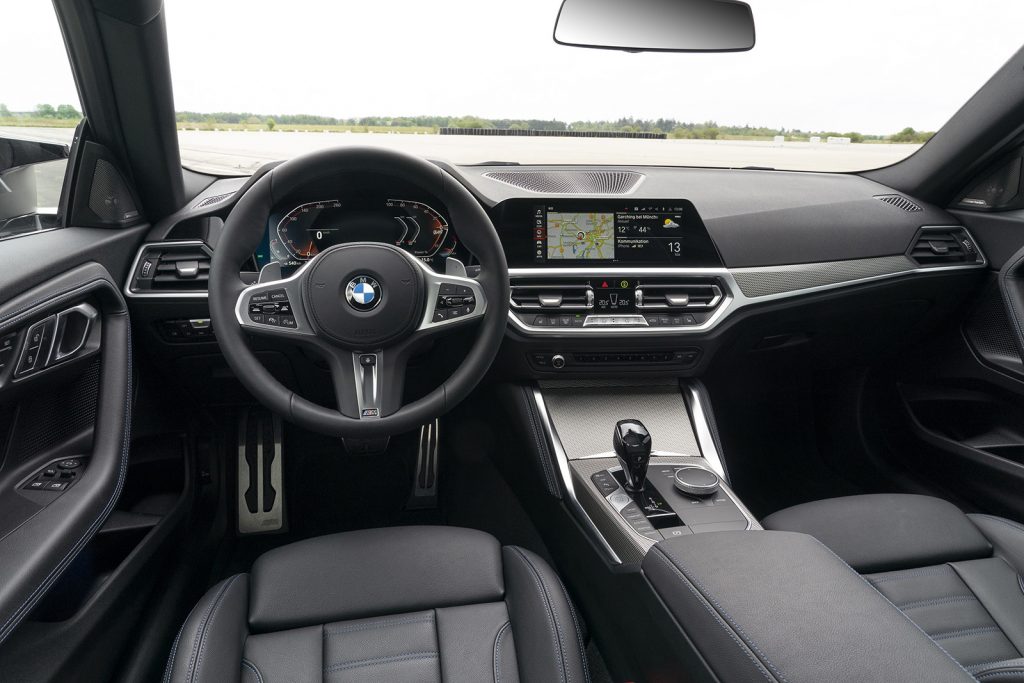 My biggest complaint about this car is something it lacks: the option for a manual transmission. I think the entire goal of a car like the 2 Series, in today’s world of electric cars and boring crossovers, is to shout, “We still get it! We’re still about the driving experience.” For BMW to leave out one of the best parts of that experience is a crying shame.
Fortunately, it gets a lot of other things right, including the look — at least to my eyes.
BMW is no stranger to visual controversy, most recently with oversized nostrils on its bigger coupes, sedans and SUVs. The 2 Series, though, looks downright restrained in comparison, and I mean that in the best way. It’s a classically beautiful car, the kind that will look just as gorgeous in 50 years as it does the day it leaves the showroom.
This new generation is lower, wider and longer than before, which makes it seem even more assertive with its elongated hood and sleek roofline. Back seat space shrinks a bit, but that’s OK given the 2 Series’ mission as a driver’s car. Making sacrifices for that goal is noble, as I see it.
Pricing starts at $36,350 for the 230i and $48,550 for the powerful M240i.