In a hotly contested market for small crossovers, the Seltos plays perfectly into Kia’s top strength: value.
This is a crossover Kia released in 2020 at the height of the coronavirus pandemic, a reason many people still aren’t familiar with it. Despite its unfortunate timing and awkward name, the Seltos has grown into one of Kia’s fastest sellers.
It’s designed to slot neatly between two other crossovers in the brand’s lineup, the slightly smaller Soul ($19,790) and slightly bigger Sportage ($25,990). Its starting price, unsurprisingly, is smack dab between the two.
Despite being a few inches shorter than the Sportage, the Seltos doesn’t feel that much smaller on the inside, especially in the cargo area. The rear storage space seems especially generous in a category that tends to skimp on it.
In fact, the Seltos doesn’t skimp on much. The hard interior plastics and numb driving feel could both be improved, sure, but that also leaves room in the production budget for things that matter more to today’s buyers.
It’s chock full of content for the price.
Every single Seltos, including the base LX trim, comes standard with collision sensors that can detect pedestrians, lane keeping assist, lane departure warning, lane following assist and even automatic high beams and a warning if the driver stops paying attention. 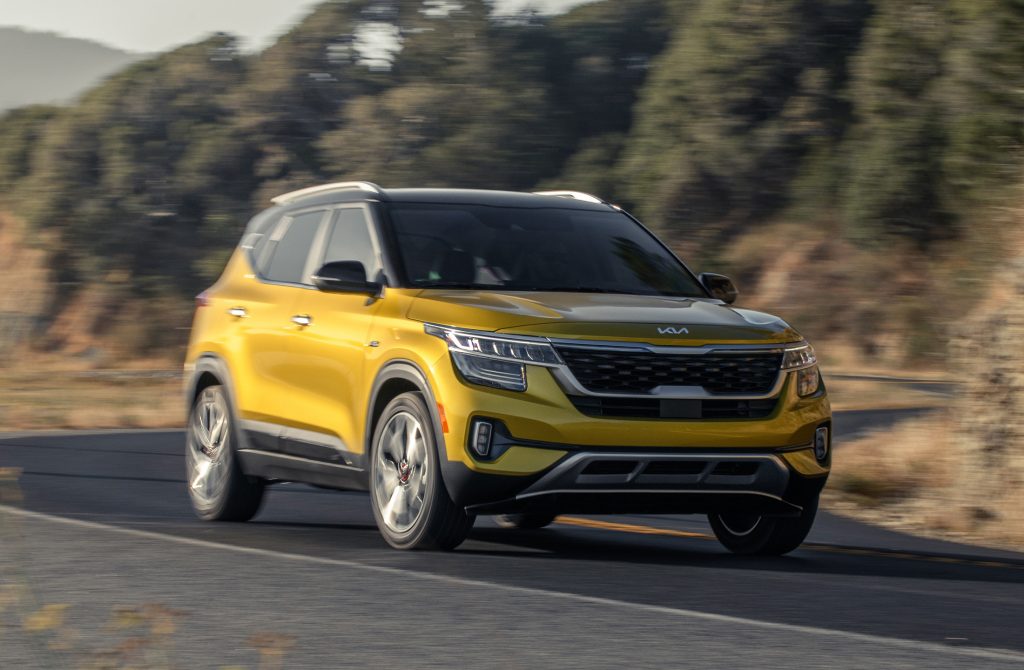 The Kia Seltos is a small crossover that offers a lot of features for the price, including standard all-wheel drive on most trims.

Those are all things that used to be the exclusive domain of pricey luxury cars, but now the Seltos hands them out for free.
Every trim except the LX comes with some nice convenience features, too: a 10.25-inch touchscreen, automatic climate control and remote start from a button on the key fob.
Two different four-cylinder engines are available.
Most buyers will be happy with the base, 146-horsepower engine that’s paired with a continuously variable transmission. It’s not fast, but it’s smooth and efficient, rated for 29 mpg in city driving and 35 on the highway with front-wheel drive.
The majority of Seltos models come equipped with all-wheel drive, though. That’s a good thing for driving on wet roads or loose dirt, but it drops the gas mileage down to a still-respectable 27 in the city and 31 on the highway, according to government tests.
My Seltos loaner was the new Nightfall Edition, which comes with the more powerful turbocharged engine. With 1.6 liters of displacement, it cranks out 175 horsepower while still earning a decent 30-mpg highway rating.
Having more horsepower is almost always better for someone like me who loves driving, but the Seltos is one of the rare exceptions. I like the base engine better. 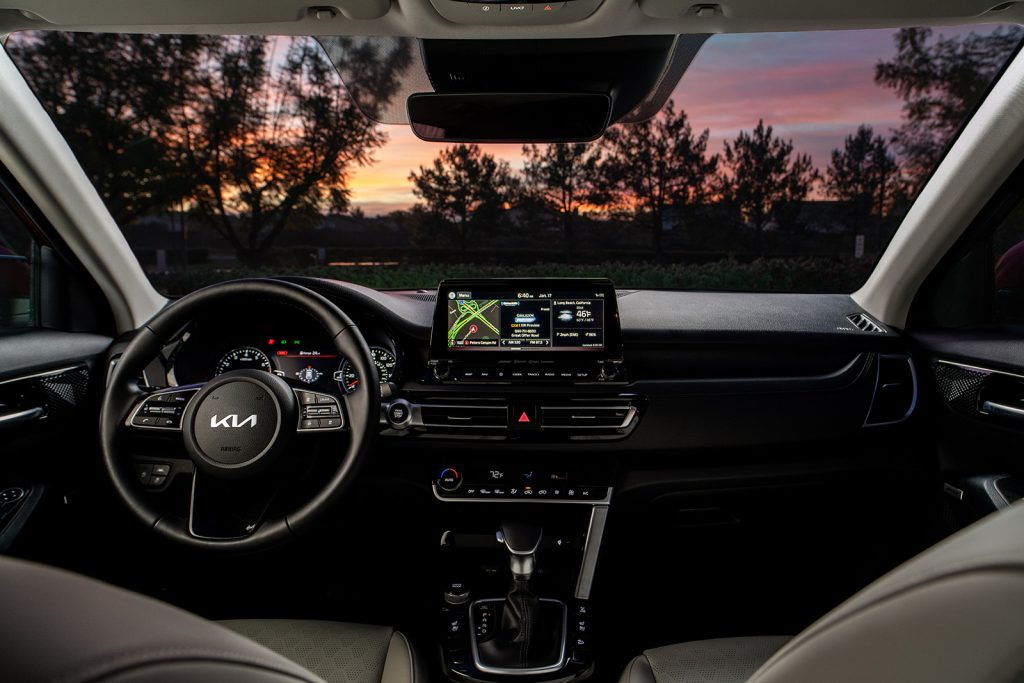 The Seltos has a boxy, SUV-like shape that makes its cabin feel bigger than it is.

The turbo engine, paired with a seven-speed dual-clutch automatic, both sounds and feels rougher than a modern car should. If this were designed to be more of a driver’s car — lower to the ground, a firmer suspension, tighter steering — the turbo Seltos would make more sense, and the fast-shifting but occasionally jumpy transmission would be an acceptable tradeoff.
For this car’s mission, though, efficiency and smoothness are the goals, and that’s what the base version does well. The Seltos is about getting stuff and people to their destination safely, quietly, comfortably and cheaply, and the base engine does that just fine.
In addition to its bang-for-the-buck appeal, the Seltos’ styling is another high point. I thought my Nightfall tester’s white roof and black wheels were classy and eye-catching for such an affordably priced car.
Pricing starts at $22,840 for the LX and ranges up to $28,340 for the feature-rich SX.

Why buy it?
It offers handsome looks and a whole lot of content for the money, including a generous cargo area and long list of driver assistance features as standard equipment.