Electricity With a Soul

The problem with electric cars is that they don’t have a soul.
At least, that’s what I thought before I drove this one, the battery-powered BMW i4 M50.
Yes, you read that correctly. This is an all-electric car that bears the “M” badge, and it does so justifiably, with a spirit all its own.
Not only is it unquestionably quick — even faster to 60 mph than the rear-wheel-drive M3 Competition — but it actually makes you feel things while driving fast, especially in turns.
It gets right what the Ford Mustang Mach-E gets wrong: the sensations of driving.
When I drove the electric Mustang SUV a few weeks ago, I thought it was absolutely brilliant in a lot of ways. The looks, the performance, the range and the quickness all seemed at least somewhat worthy of the Mustang name.
It only lacked the Mustang sensory experience.
This BMW, though, absolutely pegs the thrill-of-driving meter.
Part of that is because of the sights and sounds that BMW programmed into it, something that tickles my creative brain. 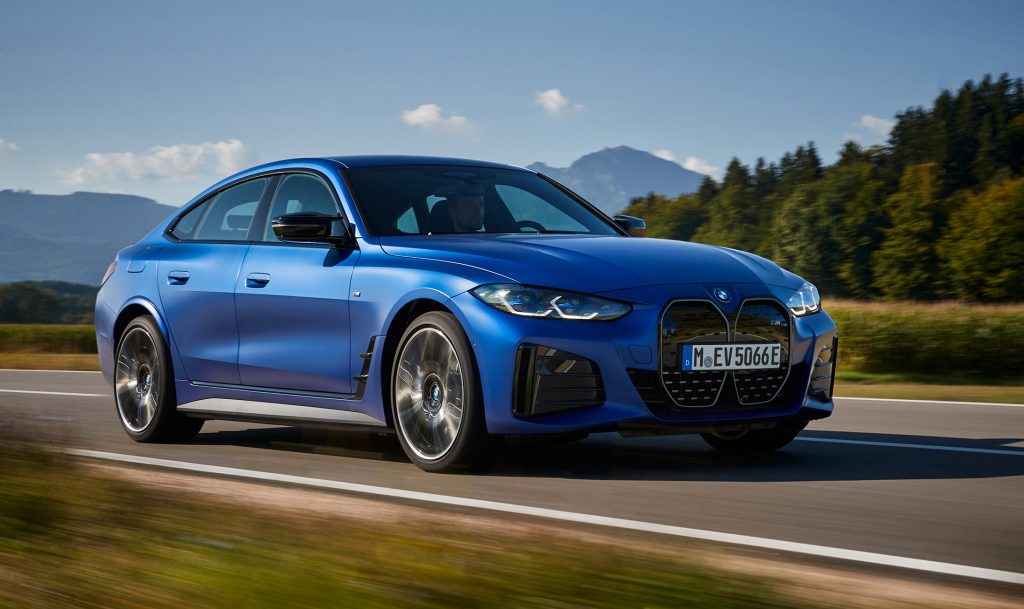 Put it into Spaceship mode — BMW calls it Sport Boost, but Spaceship is more accurate — and the i4 M50’s screens all change color and come alive as science-fiction movie sounds fill the cabin.
Seriously. BMW hired film composer Hans Zimmer to help with the soundtrack.
The i4 emits calm, barely perceptible noises in Comfort mode and much more noticeable, powerful sounds in Sport. It doesn’t exactly mimic the beastly rumble of the M5’s gigantic gasoline V8, but it does mimic the M5’s energy level.
While the inventive sci-fi sounds are a big part of the experience, even more important is the tactile feedback to the driver. And the I4 nails that aspect.
It’s built on the same platform as the regular 4 Series, a design that was penned from the outset to handle both electric and gasoline powerplants. That means it has the same sparkling handling and eye-catching, big-grilled looks that made BMW sports sedans famous.
That also means it doesn’t scream “electric car” when people see it. 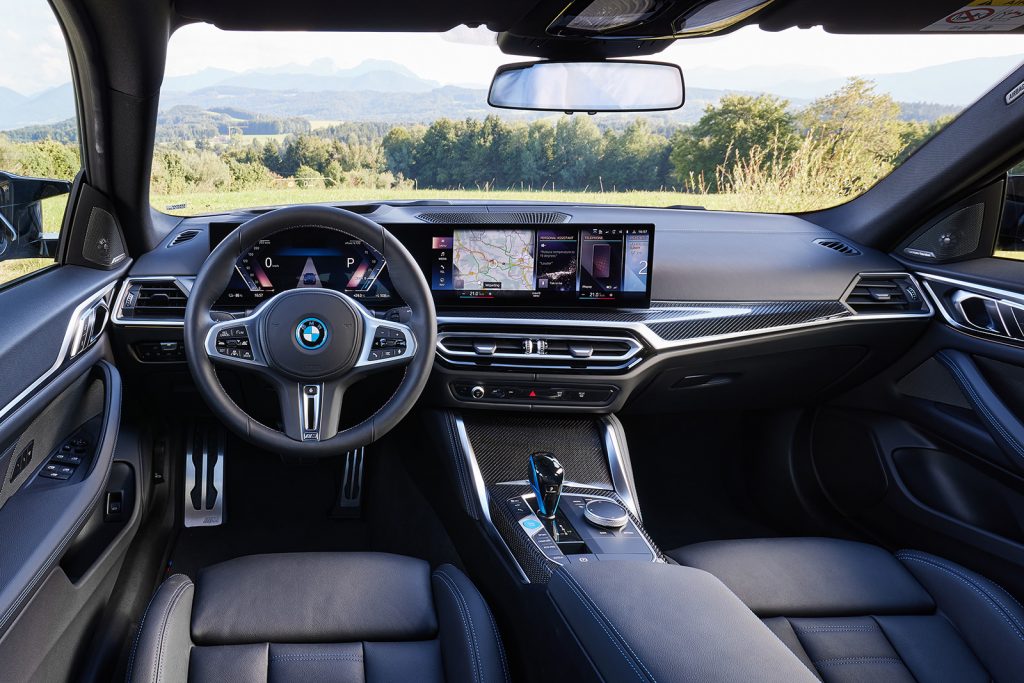 The i4’s cabin is just as sleek and sophisticated as a freshly designed BMW should be. Its digital screens are designed to be an integrated part of the driving experience, not just functional for accessing tech features.

Unlike the i3 and i8, which seemed to give designers free rein to create something fresh for an electric future, the i4 copies the tried-and-true layout of yesterday’s gasoline-powered sedans. There’s a bit of a trunk lid hanging off the back and a long, sleek hood in front that leaves room to plop a gasoline underneath in other variants.
Why would you want to, though, when two electric motors in the i4 M50 combine for 536 horsepower? It’s a beast of a powertrain.
A powerful battery is pancaked into just 4.3 inches of vertical space at the bottom of the car, and all that weight located right next to the pavement helps it feel anchored and predictable in corners.
The i4 M50 weighs 5,018 pounds, a ridiculously hefty number for a performance car, but it doesn’t feel portly from the driver’s seat. The electric car’s trump card, instant torque on demand, helps it seem sprightly every time you mash the accelerator, whether merging at freeway speeds or blasting away from stoplights.
Pricing for the i4 starts at $55,400, while the faster M50 version is priced from $65,900.
Depending on how luxurious you want it — including things like $3,600 matte paint on my tester — you can select all kinds of add-ons from BMW’s notoriously pricey option menu.

Why buy it?
It’s the first all-electric performance car to come from BMW’s legendary M division, and it lives up to the reputation.