The Honda Civic seems to be growing up, and that’s especially evident in the affordable-performance Si version.
The Si used to be the most raw, hard-edged Civic you could buy, perfect for young kids with movie-fueled racing dreams, but it’s been supplanted in recent years by the much faster Type R.
Now that a new-generation Civic is out, the Si feels even more like the Type R’s classy, sophisticated, buttoned-up brother.
Part of that comes from the look, which is dramatically simpler and cleaner than last year’s Civic. Harsh edges and creases are replaced with smooth lines, and the overall style is less polarizing and daring than before — which could be a good or bad thing depending on one’s taste.
To me, this new Civic seems to return to its roots. It’s never been a flashy car, as much as the last generation tried to make it one.
Even with its Si-exclusive Blazing Orange paint, my tester looked more tame than its predecessor. It’s styled more like a car that could be driven by an up-and-coming middle manager now, not a punk kid. 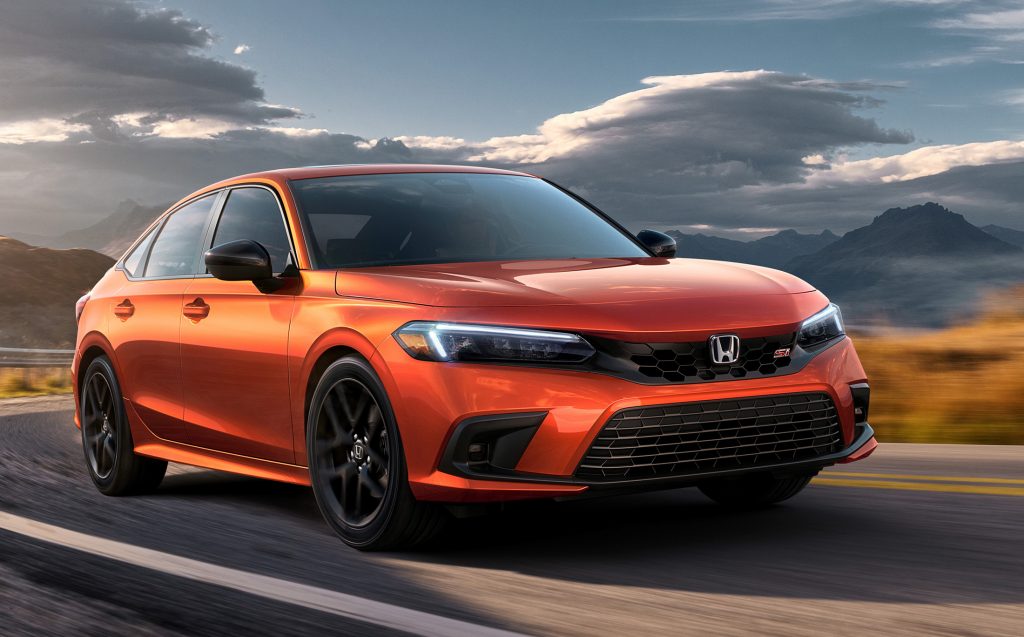 Honda’s next-generation Civic has a simpler, cleaner look. That’s also true in its affordable performance version, the Si, which is available in this Blazing Orange paint color.

It doesn’t water down the driving feel, though, with brilliant handling that makes it one of the most rewarding compact cars I’ve ever driven. The new Civic Si begs to be pushed aggressively as you row through the gears in its rev-matching manual transmission, the engine making a delicious noise with every downshift.
Steering, braking and suspension all felt spectacular when I wrung out its 1.5-liter, 200-horsepower turbocharged engine on winding roads.
At the same time, some of its numbers are moving in the wrong direction. This new Civic Si makes five fewer horsepower than the outgoing model and weighs 46 pounds more.
Considering this is no longer the ultimate performance Civic, though, it can be forgiven. It’s more of a performance car for people on a budget, those keen to have Honda reliability and thrifty 37-mpg highway fuel-economy rating along with over-the-top thrills. 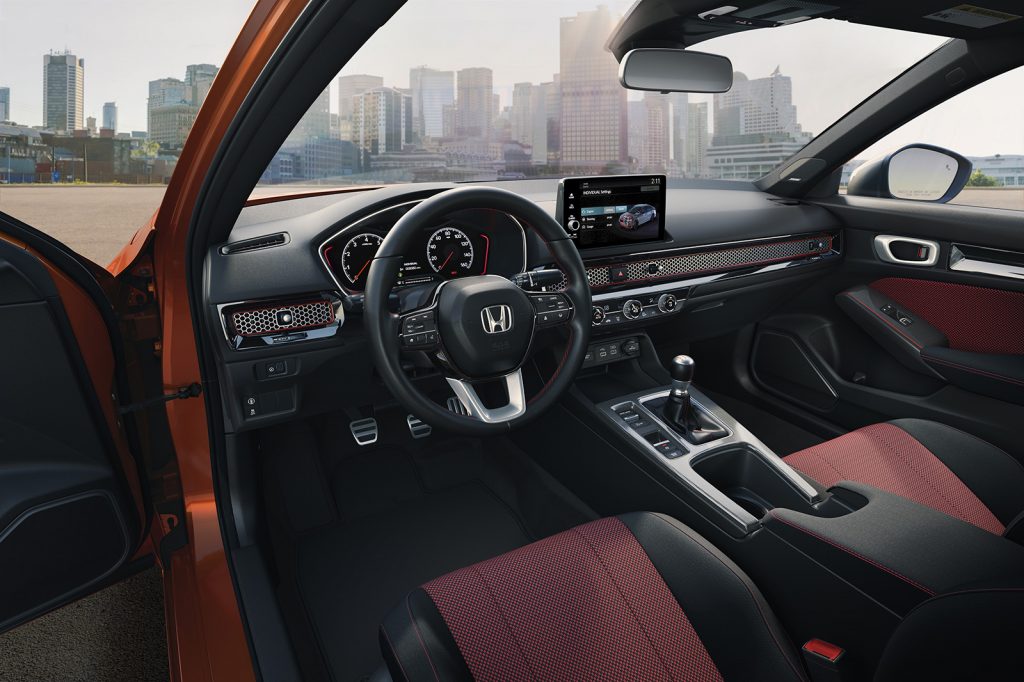 Honda’s next-generation Civic has a simpler, cleaner look. That’s also true in its affordable performance version, the Si, which is available in this Blazing Orange paint color.

Despite its performance pretensions, the new Si feels remarkably comfortable on highway trips. I drove it seven hours on Interstate 35 and never experienced the droning exhaust sound or spine-cracking ride that plague some of its speedy, compact competitors.
The new Si justifies a higher price for 2022 with a snazzier, better-equipped cabin.
Red stitching and sporty accents catch the eye without being obnoxious, and a high level of standard equipment make it feel like a bargain, especially for a car this fast and rewarding to drive.
No-extra-cost features include a 9-inch touchscreen, wireless Apple CarPlay and Android Auto, along with a 12-speaker Bose sound system. It also comes standard with today’s most useful driver assistance features: adaptive cruise control and lane-keeping assist, along with a host of safety sensors.
The Civic Si is priced at $27,300, a $5,400 premium over the base Civic sedan. A set of high-performance summer tires adds just $200 to the cost.

Why buy it?
It’s wonderfully rewarding to drive and looks more mature than before. It’s also impressively comfortable on the highway and a screaming bargain for performance.