This isn’t your typical hot hatchback.
It’s the MINI Cooper GP, a car so bizarre, so wild and so raw that it makes other hot hatches feel like Grandma’s Lexus in comparison.
Built by John Cooper Works, the division of MINI named for the late Formula One designer, the new GP is the most ferocious front-wheel-drive car I’ve ever driven.
Yes, I’ll write blasphemy. It’s more exciting than a Honda Civic Type R.
What makes the GP unique isn’t just the fact that it drops a monumental, 301-horsepower engine into a tiny car. It’s that it strips away the excesses that detract from the joy of driving, making it feel more like a race car than something designed for public streets.
In classic race car fashion, MINI removed the back seat to save weight. They added carbon fiber fender flares and a rear wing that’s comically huge, then fitted aprons in front and back to cleanly route the tornado-speed air under and around its recognizable body. 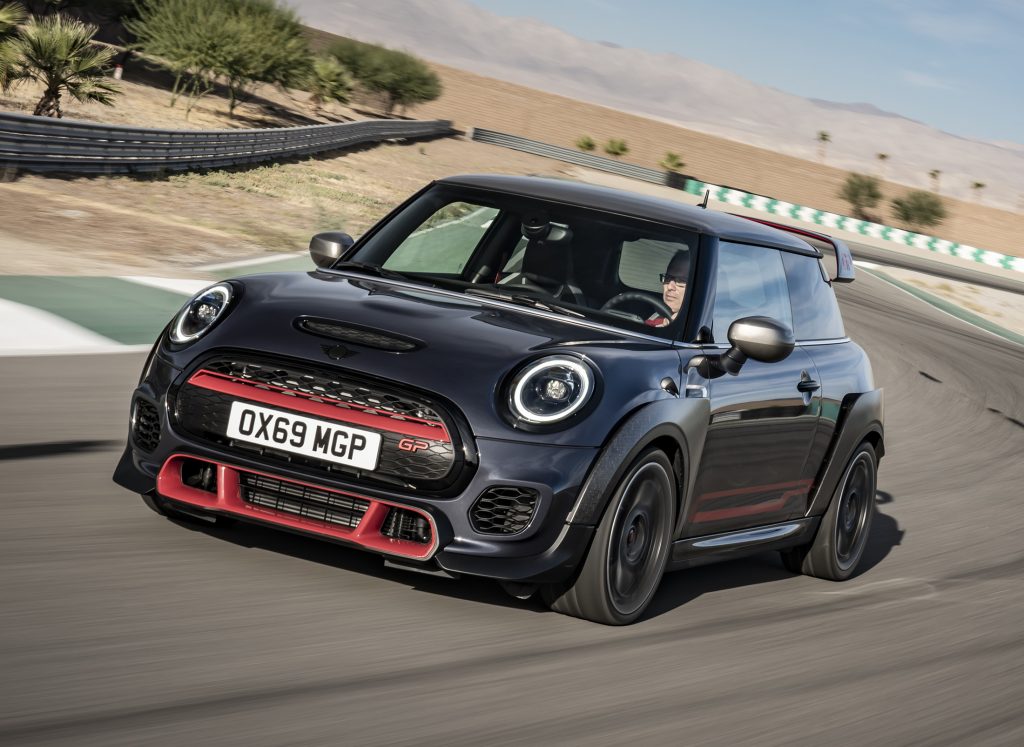 The John Cooper Works GP is MINI’s fastest and wildest vehicle. It’s designed as a hard-edged car for purists who want driving stripped down to the bare basics, including no back seat to cut weight.

That’s important when the top speed of your brick-shaped car is 164 mph.

But that’s not even the weirdest thing about this MINI. The biggest mystery that left me scratching my head all week is something it lacks: a manual transmission.

You can only get the GP with an eight-speed automatic. I thought that might just be a strange choice as an option on my tester, but no. Why MINI would build a car so perfectly aimed at purists and enthusiasts, then refuse to offer the shift-it-yourself transmissions that purists and enthusiasts want, is a conundrum that even Sherlock Holmes couldn’t solve.

It’s a shame, too, because everything else about the GP is so flawless.
The suspension is 10 mm lower than the already aggressive John Cooper Works version, and it’s tuned to be stiff enough to feel every bump and imperfection in the road — which is exactly what you want for spirited driving.
Its exhaust note is loud, deep and powerful, yet it miraculously dissipates at highway speeds to make commuting and road trips bearable. 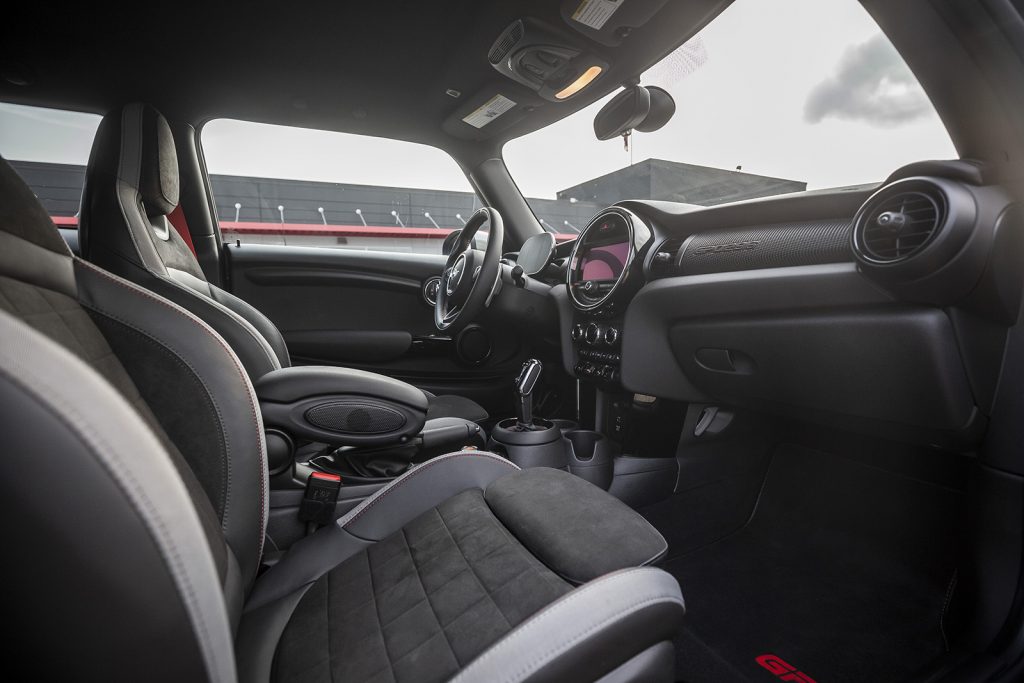 The GP uses 3D-printed materials to make its limited-production cabin look unique, including an individual number prominently placed in front of the passenger seat.

The GP’s brakes, suspension and steering work in conjunction to let the driver feel every change of direction at lightning speed. It’s even better than my beloved Mazda Miata at communicating the sensations of driving to your body.
It’s also designed in a way that makes the driver feel special, something important for people dropping this much money on a limited-edition toy.
The flashy wheel arches are painted with each car’s individual number, from 1 to 3,000, in a matte finish. That same number goes on a 3D-printed placard in the cabin, which is prominently placed right in front of the passenger seat.
Even without the numbers, the GP’s cabin stands out for its unique look compared to the rest of MINI’s lineup. Red seat belts and stitching, honeycomb patterns in the metal trim and a red aluminum cross brace that goes where the back seat usually would all add to the unbridled sports-car appeal.
The John Cooper Works GP is priced at $44,900, a number that’s as aggressive as its looks and performance.