The vehicle I’m driving this week offers two things I wasn’t expecting from a MINI Cooper: ample cabin space and part-time electric propulsion.
That’s because this version isn’t the ordinary flavor of the Cooper — now renamed the MINI Cooper Hardtop, with its two doors, diminutive size, roller-skate handling and adorable looks — but instead the Countryman, which is a different beast altogether.
The Countryman is significantly larger than the MINI most Americans are used to seeing on our roads. It also rides up higher, has four doors and is available with all-wheel drive, making it function more like a small SUV than a sports coupe. 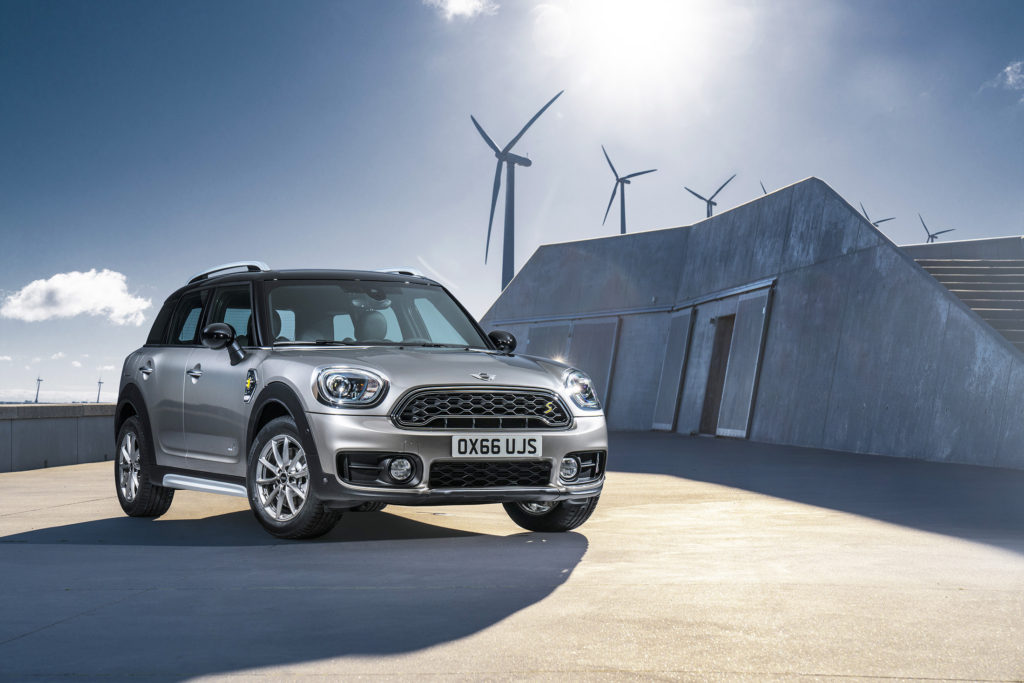 The MINI Cooper Countryman looks a lot like the two-door MINI Cooper Hardtop in pictures, but its four-door layout and considerably bigger size add practicality for families.

Even more unusual, the Countryman I tested is the plug-in hybrid variant called the Cooper SE Countryman ALL4 PHEV. It still has a gasoline engine, but you also have the option of charging it for up to 12 miles of driving under pure electric power, according to federal government estimates.
After the gas engine kicks in, the overall driving range is 270 miles total, with a rated MPG equivalent of 65 miles per gallon.
What impresses me the most about driving it wasn’t the stingy gas mileage or the ability to drive a few miles under battery power. It’s the smoothness and speed under acceleration that blows me away.
Mash the gas pedal to the floor, and you’ll go from zero to 60 mph in 6.7 seconds. No, that’s not performance-car territory by any stretch of the imagination, but it’s lightning quick compared to most non-luxury hybrids I’ve driven. It’s fast and responsive, a key part of keeping this car feeling like a legitimate MINI from the driver’s seat.
Both the electric motor and gasoline engine combine to make 221 horsepower and 284 pound-feet of torque.
Handling is not as firm and flickable as the smaller MINIs, but that’s to be expected in a vehicle that carries considerably more heft. This MINI is meant to be more useful for families, with just a hint of the brand’s famous go-kart-like handling still apparent.
With full-size seats for five people and surprisingly generous headroom, the Countryman feels more spacious in real life than it looks in pictures. The familiar shape, cute hood and distinctive headlights can be deceiving. 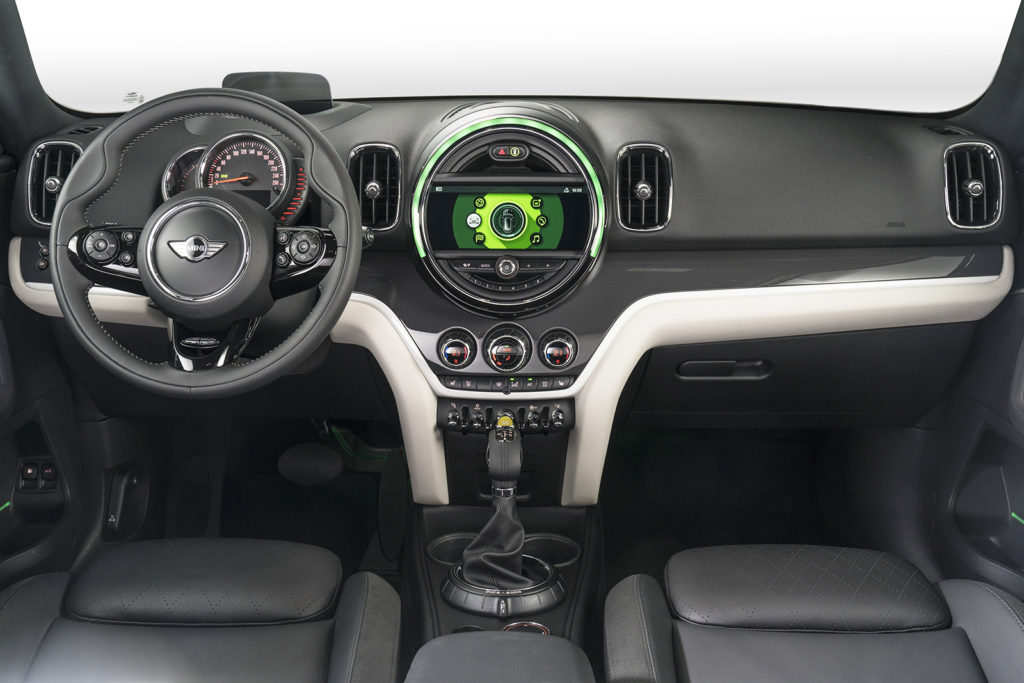 The Countryman uses the same circular motif in its cabin as the smaller MINI models, giving it an unusual, funky appeal that helps it stand out from SUV and CUV competitors.

The Countryman is roughly 18 inches longer and 6 inches higher than the two-door MINI Cooper Hardtop, a drastic difference when you see them parked side by side.
It tries hard to carry the same spunky styling over from the smaller Cooper, though, including in the cabin. It uses the same quirky, circular motif on the center stack, gauges and even door handles, a decision that files in the face of contemporary dash design that favors minimalist horizontal — some would say “boring” — swaths of solid colors.
In fact, I think its stand-apart styling is the biggest reason to pick a Countryman over its many competent competitors. I’m not alone in complaining that today’s SUVs and CUVs all seem to be playing copycat, mimicking the same overall shapes as every other brand.
This one, though, is unmistakable as a MINI. It functions as practically and logically as the myriad of liftback, four-door, family-friendly cars that are flooding America’s roadways each year, but it looks like a lot more fun.
The Cooper Countryman starts at $26,900. All-wheel drive adds $2,000 to that price. The plug-in hybrid starts at $36,900, while the performance-oriented John Cooper Works version tops the lineup at $37,900.

Why buy it?
The Countryman combines the family-friendly appeal of a small CUV with the unmistakable style and a hint of go-kart-like handling from the MINI Cooper.