There are a lot of reasons I think the Chrysler Pacifica is the best minivan on the market right now. It offers more amenities than the aging Toyota Sienna and a quieter, smoother ride than even the newly redesigned Honda Odyssey.
This year, though, the Pacifica is pole-vaulting straight over the Japanese competition by rolling out something new and innovative: a plug-in electric hybrid powertrain.
As I see it, the fact that a vehicle like this exists at all is a modern miracle.
It can drive on electric power for up to 33 miles before the gasoline engine turns on. Considering minivans are used so often for daily school and grocery runs, it means many families can do most of their driving on battery power instead of burning gas.
If you install a 240-volt charging system in your garage, the battery can completely recharge in as little as two hours, Chrysler claims.
It also retains the same smooth, silent road manners and family-friendly cabin amenities that make the regular Pacifica so appealing for highway trips. 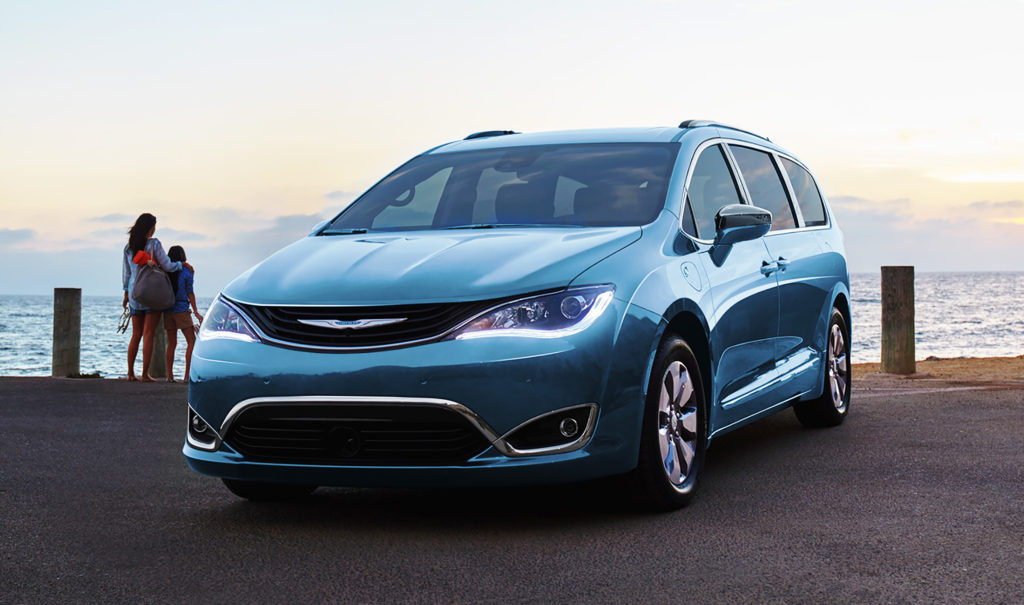 Chrysler’s impressive Pacifica minivan adds a plug-in hybrid model this year with an estimated electric range of 33 miles. A V6 gasoline engine can extend the range, just like a normal van, once the battery power runs low.

But what I find most interesting about this vehicle isn’t the gee-whiz engineering and the strength of the product itself.
It’s the statement Chrysler is making by creating this machine.
For years, the Chrysler Town & Country seemed stagnant as the Honda and Toyota vans crept steadily higher, both in market share and in quality. By the end of its life, it was hard to argue that the Town & Country was superior, despite some incredibly nifty features like Stow ’N Go seats that magically disappear into a well in the floor.
With the introduction of the Pacifica van, which replaced the Town & Country in 2016, Chrysler improved the drive quality and feature set so dramatically that the Japanese products were suddenly on defense for the first time in a decade, if not longer.
Now this plug-in electric version — the first ever in a minivan — pushes it even further ahead. Chrysler is throwing down the gauntlet with this product. 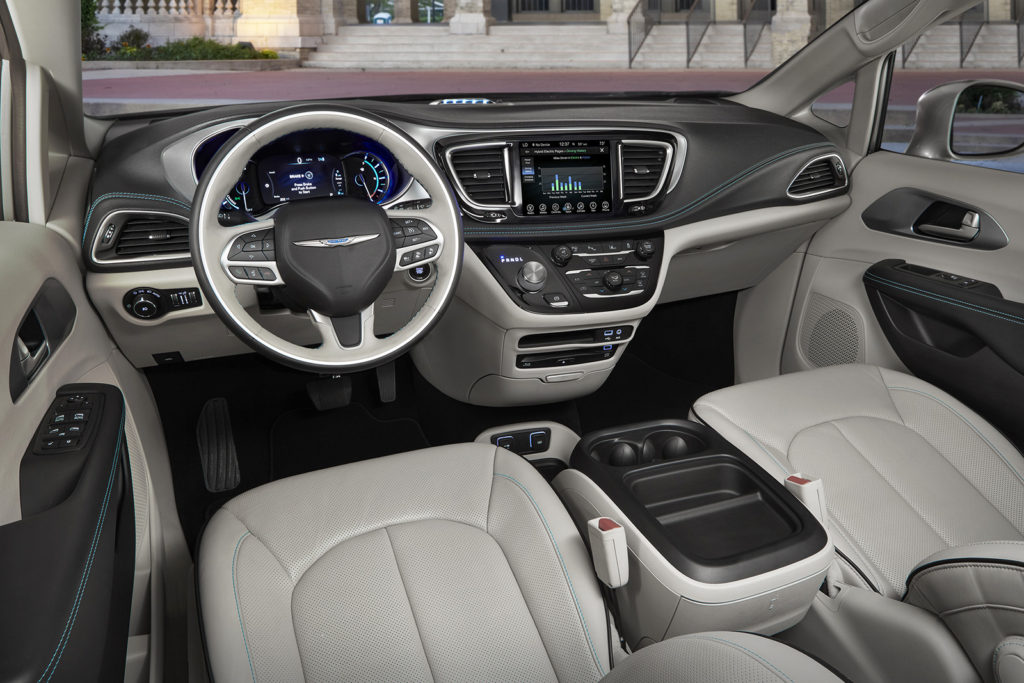 Some of my notes from driving the Pacific Hybrid:
— The ride is phenomenal. It’s the smoothest, quietest van I’ve ever driven, and the transition from electric to gasoline mode is almost imperceptible.
— My real-world electric range was less than 30 miles. It’s not quite up to Chrysler’s 33-mile estimate, but also not bad given my lead-foot habits.
— The acceleration is amazing and feels almost too good to be true. I loved out-accelerating other drivers at stoplights because it was hilarious to pull away and think, “You just got beat by a hybrid and a minivan!”
— The digital toys in this van are impressive. With HDMI inputs on the LCD screens in back, along with lots of built-in games and entertainment choices, the options for keeping kids happy are almost limitless.
There is one tradeoff for people who buy the hybrid version compared to the gasoline Pacifica. Because the battery is located under the floor, those wonderful Stow ’N Go seats are not available as an option.
Also, the Pacifica’s long-term resale value remains a question mark. The Odyssey and Sienna both command shockingly high prices on used-car lots thanks to their reputation for durability. The Pacifica, being new on the market, hasn’t had time to earn its reputation yet, for better or worse.
For peace of mind, Chrysler offers a five-year or 60,000-mile warranty on the powertrain and a 10-year or 100,000-mile warranty on the hybrid system, including its high-voltage battery.

Why buy it?
It’s the most innovative and refined minivan on the market today. A quiet highway ride, enthralling in-cabin features and an available plug-in hybrid drivetrain make it stand out.