Nissan is calling 2016 “the year of the sedan,” an interesting choice of words for a period in which low gas prices are making truck and SUV sales skyrocket.
No matter. After introducing an all-new Maxima and heavily revising the popular Altima this year, Nissan also is making a heap of changes to this car: the efficient and affordable Sentra.
The timing might not be ideal, since cheap gas benefits the new Titan XD truck far more than it does Nissan’s four-door family cars, but the revised Sentra makes a strong case for people who want a good long-term value.
It starts out by offering a lot for the money — including a version with blind spot warning, rear cross-traffic alert and navigation for under $20,000 — and continues saving you cash with a fuel economy rating of up to 40 mpg on the highway. If you plan on owning the car for several years, when gas prices will almost certainly revert to the old norms, you’ll be laughing while the truck drivers are crying. 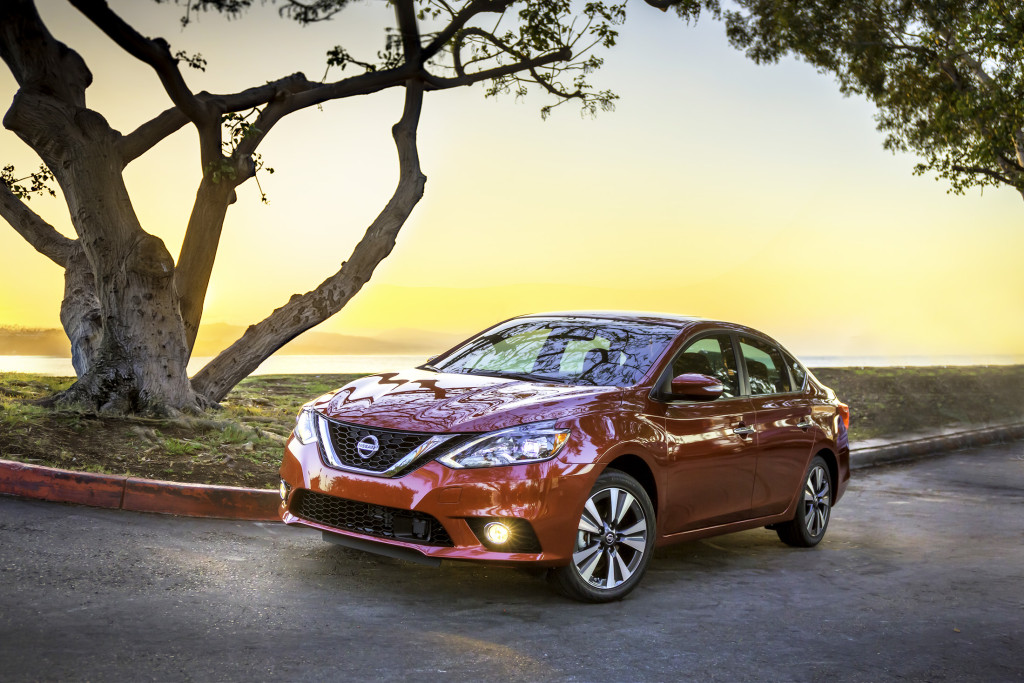 New front styling is the highlight of improvements for the Nissan Sentra in 2016, making it look more like the recently introduced Maxima’s design.

A continuously variable transmission coupled to a 1.8-liter, 130-horsepower engine is a big reason for the great gas mileage, but it’s also a factor in my top wish-list item for this car.
I wish it was more fun to drive.
Nissan knows how to make brilliant drivers’ cars, starting with the insane GT-R sports car and trickling down to the powerful, sporty Maxima and — to a lesser extent — the everyman’s Altima sedan. They all can raise your pulse from a little to a lot, depending on the car and which package you pick.
Now that the Sentra has dropped its funnest flavor, the old, beloved SE-R, I can’t help but wish for a version with extra power, more communicative suspension and steering, and a more spunky personality from the driver’s seat. This one feels too much like a dedicated grocery-getter when it could be so much more.
That said, the revisions make the Sentra a noticeably better — and I think prettier — car to take to the store. Cars that get 40 mpg are typically more cramped and not as pretty as this, again making the Sentra look like a good value thanks to its reasonably roomy back seat and generous trunk space.
My favorite change is to the Sentra’s body. A whole new front end, including the fascia, grille, fenders and headlights, makes it look more like the upscale Maxima, a car that starts over $32,000. The Sentra starts a bit more than half that price but still has some of the Maxima’s sexy styling cues and a classy presence from the curb. 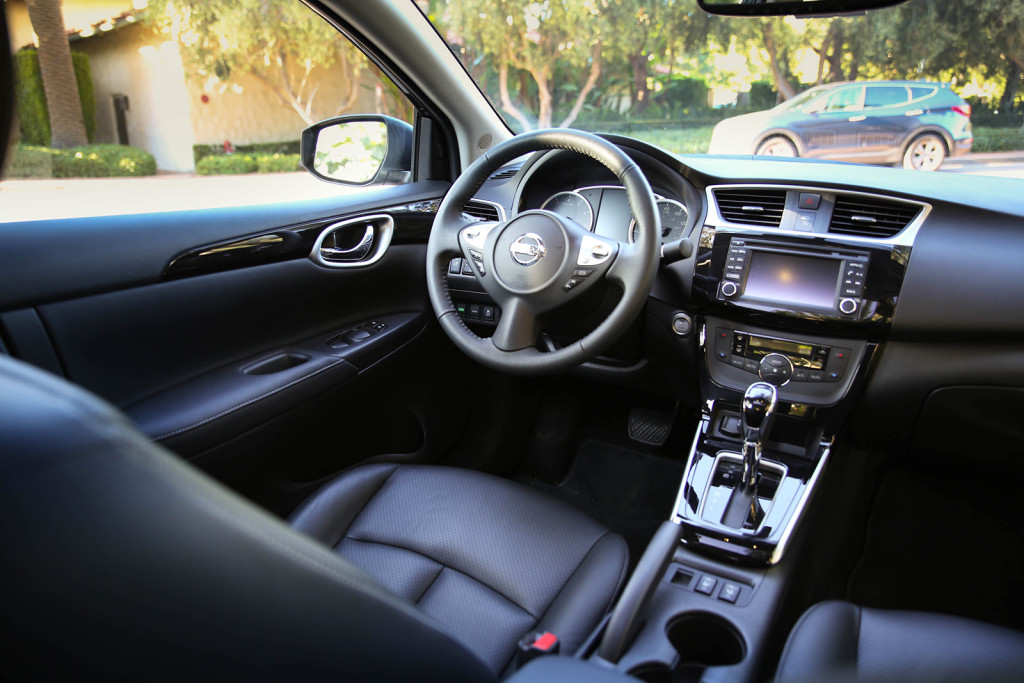 A new steering wheel and improved seats make the Sentra more inviting this year. Its price starts at $16,780 and tops out over $22,000 for the SL trim with leather seats and luxury upgrades.

The interior, while still not best in class, gets a nice improvement to its overall feel from a new steering wheel, new six-way power driver’s seats with power lumbar support on the higher-end trim levels, and a new flat-panel display with higher resolution than before.
If you want to check a lot of option boxes, you can get some cool technology in your Sentra. Forward emergency braking, intelligent cruise control, keyless push-button start and a Bose premium audio system can give it a more luxurious air, along with standard leather seats on the SL trim.
While it does offer smartphone integration, including Siri Hands Free, I wish it had the more polished interface that I’ve grown to love in recent months in the handful of new cars with Apple CarPlay.
Pricing starts at $16,780 for the base S trim with a manual transmission or $17,630 with the CVT automatic. It ranges up to $22,170 for the luxury-oriented SL with leather seats and dual-zone climate control, which is the No. 1 new-car feature for saving marriages.

Why buy it?
A redesigned, Maxima-like front end will turn heads this year, and it offers a nice combination of features and space for the money.