It may seem weird to draw comparisons between economy cars and hyper-expensive supercars, but it’s hard not to see some exotic influence in the new-for-2014 Ford Fiesta.
For one thing, its new nose borrows heavily from Aston Martin, which gives it the same hint of British exclusivity that makes the bigger Fusion such a pretty car to look at.
Ford points out another supercar connection under the hood, too: the Fiesta’s 1.0-liter, three-cylinder EcoBoost engine makes 123 horsepower, giving it a better power-to-displacement ratio than the Lamborghini Aventador, which makes 108 horses per liter.
So there, Lamborghini. You’ve been outdone by Ford.
In all seriousness, while comparing the $14,000 Fiesta to a $400,000 Italian supercar is silly, it does show how aspirational Ford was when updating its popular economy car. With the turbocharged engine, the Fiesta SFE gets an impressive rating of 45 miles per gallon on the highway, which is better than a lot of high-tech, higher-priced hybrid cars. And with 123 horses at your command, it shouldn’t feel excruciatingly slow like in some of its fuel-saving competitors. 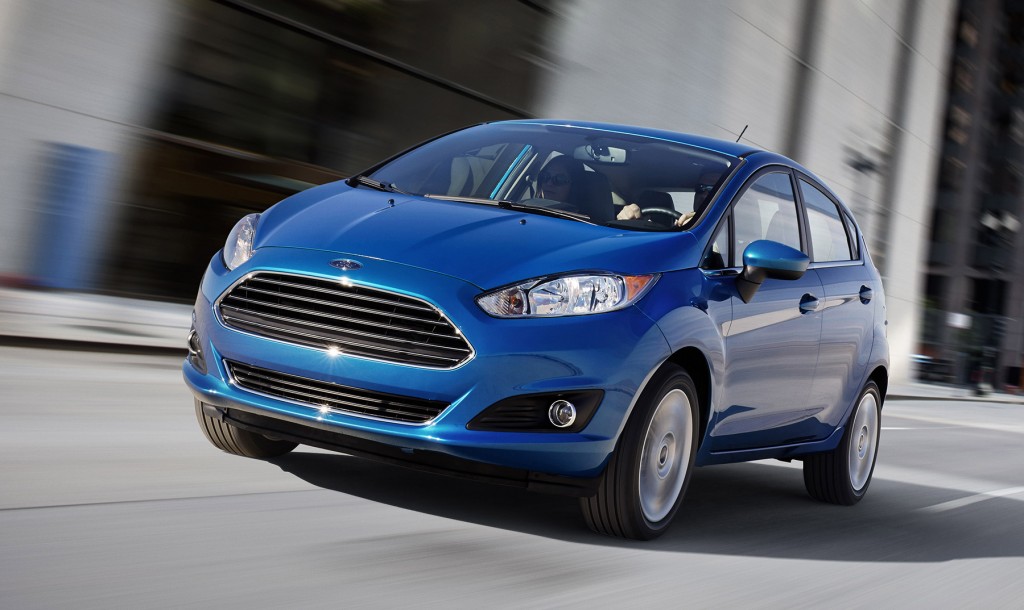 The Ford Fiesta gets new styling as part of a major update for 2014. Its nose looks more like the Fusion now, which in turn borrowed design elements from Aston Martin.

My Fiesta tester, though, didn’t come with the efficient new engine. It was an SE model with Ford’s tried-and-true, normally aspirated 1.6-liter four-cylinder powerplant, which is rated for a still-respectable 39 mpg on the highway.
Even with the base engine, this is a thoroughly enjoyable car to drive — as long as you fit it with the manual transmission like in my test vehicle. I suspect the six-speed automatic would sap some of the fun out of it.
The Fiesta benefits from the same delicious chassis as the high-performance Fiesta ST that I drove and loved a few weeks ago. While the base engine and softly spring suspension of the ordinary Fiesta make it harder to wring speed out of, obviously, it still enjoys a playful personality that elicits smiles on winding roads.
The cabin feels tightly constructed and smartly laid out, but the material choices aren’t quite as supple as in some newly designed cars in this class. Hyundai and Kia are still setting the standard for low-priced cars that feel upscale, if only by a slim margin.
Where the Fiesta impressed me was in all the little things you get for the money. On my test car, a mid-range SE model priced well under $17,000, it still came with minor but noticeable luxuries like a one-touch power window, tilt and telescoping steering column, keyless entry, automatic headlights and a trip computer.
Technophiles will want to opt for the new MyFordTouch system that aims to work seamlessly with smartphone apps. In addition to a navigation system with turn-by-turn directions on its 6.5-inch touch screen, it can link to Ford-approved apps in your phone that let you use your voice and vehicle controls to keep your attention on the road instead of on your mobile device. 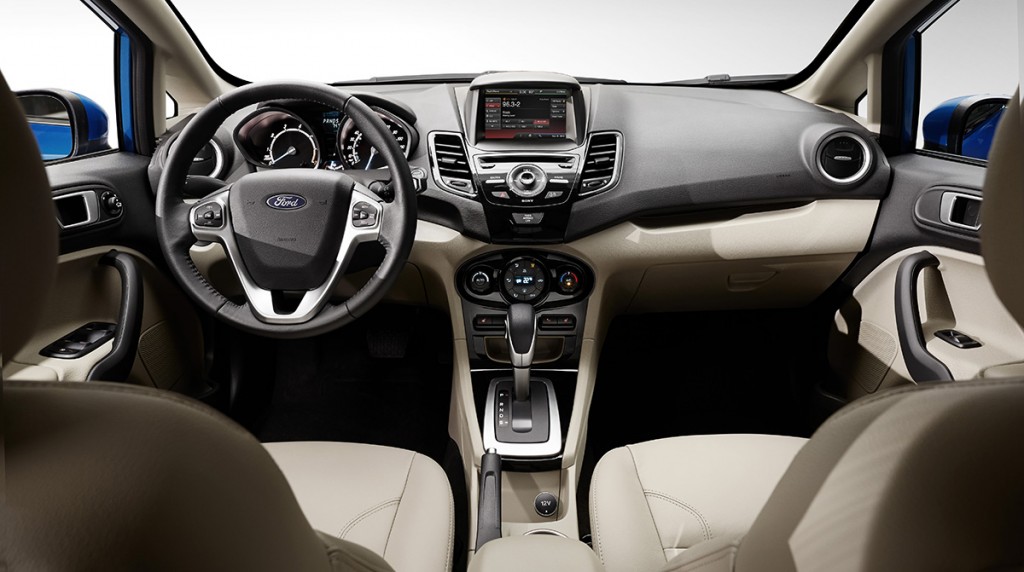 The new Fiesta offers a lot of content for the money, including an available 6.5-inch digital screen for the MyFordTouch system.

Overall, the new Fiesta is a nice improvement. Not only does it look sexier and get better gas mileage with the innovative three-cylinder engine, but it also offers a level of amenities that make you feel like you’re not skimping too much by driving a small, efficient car.

Why buy it?
It looks and drives better for 2014, with a high level of amenities for the price. The turbocharged three-cylinder engine is an innovative option to save on fuel.