Changes to crossover vehicles, America’s most popular new cars, tend to happen frequently and gradually.
If they’re already selling in crazy-high numbers, why mess with a winning formula? That seems to be the mantra of virtually every company selling family cars today, which is why so many new crossovers look and drive like the same bland metal blobs.
With the Nissan Rogue, though, this year’s changes seem sudden and dramatic.
Nissan’s best-selling model is completely new for 2021, and not in a “let’s not mess up the formula” kind of incremental way. It actually looks and feels like an all-new, very different car — a bold move for anyone’s most popular product.
It’s roomier, quieter, prettier and packed with more standard features than before, including a suite of no-extra-charge safety tech.
Outside, the new Rogue gets noticeably edgier, both literally and figuratively. It has handsome, muscular creases in the skin and an upright, more truck-like grille that adds some visual heft. Its new design seems modeled on a scaled-down luxury SUV, not a scaled-up economy car.
It leaves the same impression inside. 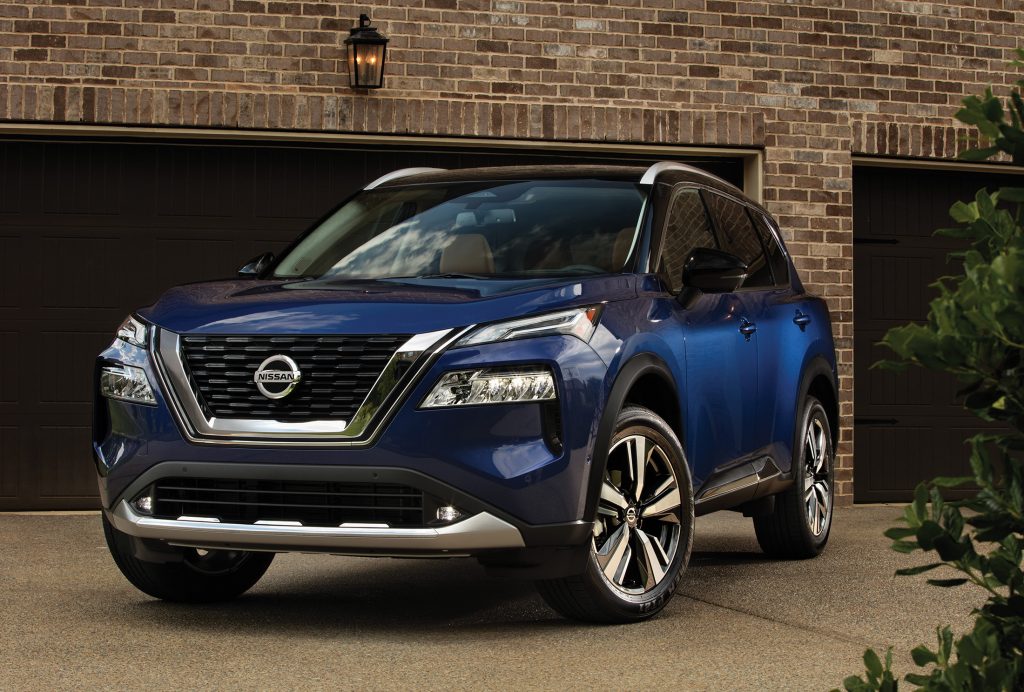 The Nissan Rogue is all-new for 2021, including a body that looks more muscular than before. Creased metal and a more upright grille give it a truck-like look in front.

While last year’s Rogue had a cabin that was merely adequate in this hotly competitive category, with too much hard plastic and flimsiness to qualify as world-class, the freshly designed 2021 interior shows some serious ambition.
Everything abut it feels more solid and substantial than before. Soft-touch materials and an abundance of digital screens — including options for a head-up display on the windshield, digital gauges behind the steering wheel and a 9-inch touchscreen on the center of the dash, the biggest in its class — make it look upscale and contemporary, two descriptors I couldn’t have used last year.
Nissan Safety Shield 360 is standard on every new Rogue, including the base models. It comes with blind-spot monitoring, rear cross-traffic alert and automatic emergency braking with the ability to detect pedestrians.
Every Rogue comes standard with the ability to monitor the driver’s alertness. It also will remind you when you might need to check on children, pets or cargo left in the back seat with a standard feature called Rear Door Alert.
Unfortunately, Nissan’s standard safety package does not include adaptive cruise control. You have to opt for the ProPILOT Assist system to get that, which works in conjunction with steering assist to somewhat autonomously drive the car in both highway situations and heavy city traffic. 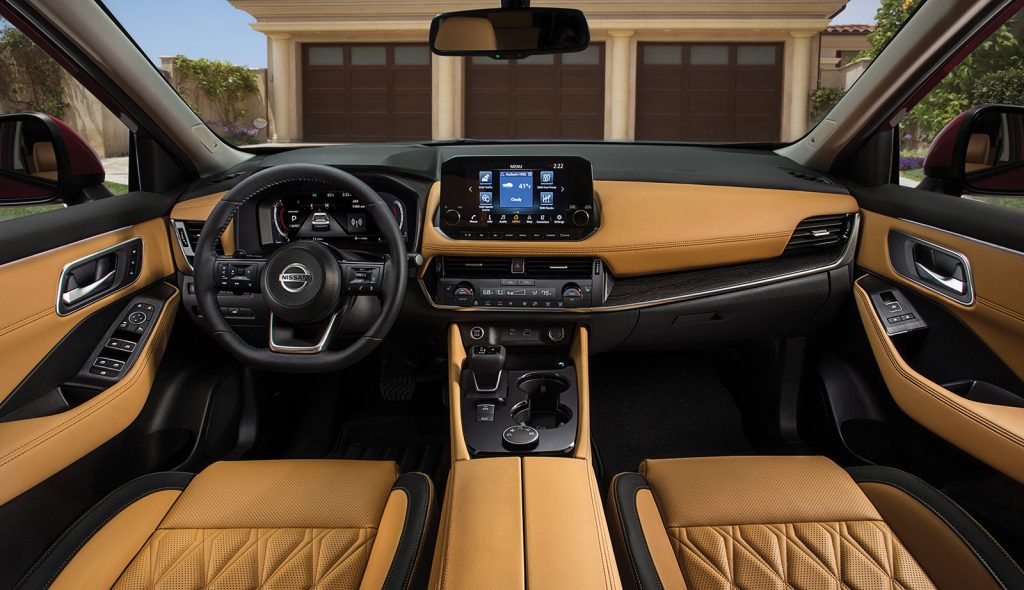 The Rogue’s new interior is a dramatic upgrade over the outgoing model. It has a more solid feeling overall and delivers a quieter driving experience over the road.

The latest ProPILOT system has been massaged to provide smoother, faster, more natural feeling inputs than before. A version that links it to satellite navigation data also is available, which helps the system work even better around highway exits, in city traffic and on curvy roads.
A 2.5-liter, four-cylinder engine routes 181 horsepower through a continuously variable transmission, a drivetrain that — like most vehicles in this class, to be fair — feels barely sufficient and uninspiring.
That also represents a clear vision on Nissan’s part that this is a family car, not a sports car, and you can sense that in some of the thoughtful touches for family travel. It comes standard with three zones of climate control, for example, and has back doors that swing open exceptionally wide for easy ingress and egress. It even has optional pull-up sunshades for the back windows to help keep passengers cool and happy.
Pricing starts at $25,750 for the base S trim, up $550 from last year. The all-wheel-drive model starts at $27,150.
Pricing tops out at $36,930 for the fancy AWD Platinum trim with quilted leather seats and all the tech upgrades.

Why buy it?
An all-new design makes Nissan’s most popular vehicle much more appealing. It looks, drives and functions better than before, with an unusually family-friendly feature set.