When I first saw the car Toyota planned to send me to test drive, I had to double check my calendar.
Was it April 1? Was this a prank?
Turns out it was not April Fools Day, and the car that showed up in my driveway — the Avalon TRD — was definitely no joke.
Unbeknownst to me, Toyota had decided to sic its racing division on the most comfy sedan in its lineup, the silky, squishy, delightfully silent-riding Avalon. This is the car I typically recommend to people who love their giant Buick or Oldsmobile highway yacht but struggle to find anything comparable on the new-car market.
To me, an Avalon TRD is like trying to build a fuel-efficient monster truck or a race car that hauls plywood. What’s the point?
In reality — and fortunately, if you enjoy the Avalon’s sumptuous driving feel on the highway — its TRD treatment isn’t as raw and hardcore as other vehicles in the Toyota lineup. It firms up the driving feel noticeably, but not enough to wreck the things that make an Avalon unique. 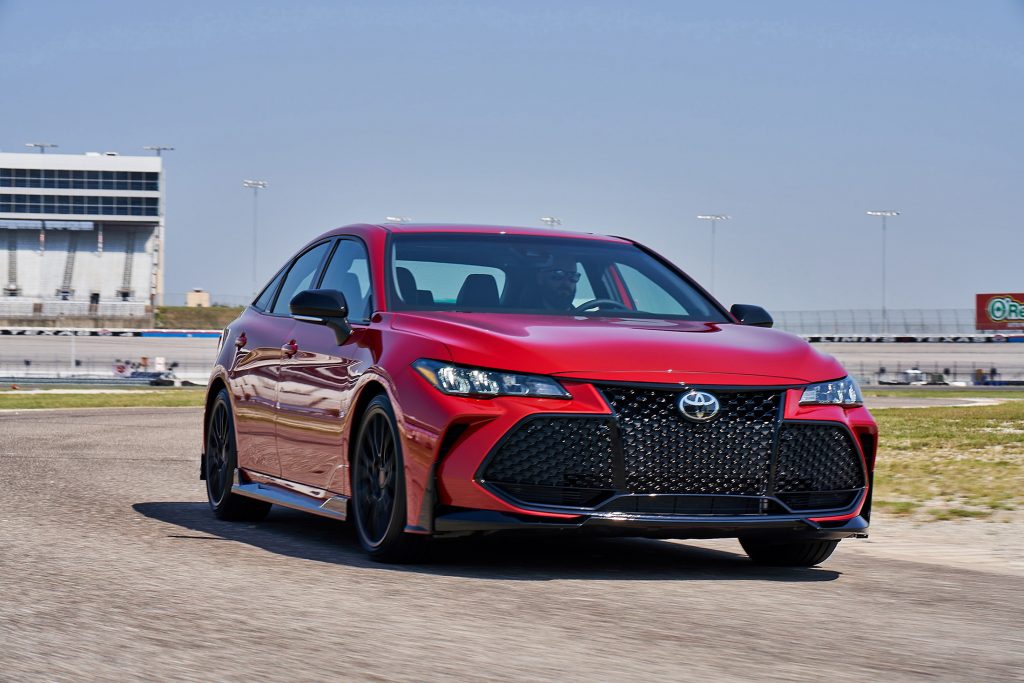 The Toyota Racing Development team targeted a new car for their performance magic in 2020: the spacious Avalon.

The biggest change is in the suspension, where roll stiffness is increased 44 percent in front and 67 percent in back. It feels dramatically more agile in turns, with steering that feels better connected to the road surface after being tuned on tracks in Arizona, Japan and Texas.
Also easily noticeable is the exhaust note. It sounds louder and more aggressive than many serious sports sedans. The front brakes, which are almost an inch bigger than the Avalon XSE, add to the sinister and capable feeling from the driver’s seat.
Perhaps just as important is how the Avalon TRD looks, something I was pleasantly surprised by. The new-generation Avalon has a bold, visually loud design not just by traditionally-conservative Toyota’s standards, but for any sedan for sale today, too. Its gaping grille seems to run the full width of the car, with angular scoops and extroverted creases.
The TRD version starts with this daring look, then pushes it further. It has a wild body kit that wouldn’t look out of place on the showroom floor at SEMA, the annual custom-car Mecca, including a low front splitter, rear diffuser and side skirts to route the flow of air. A spoiler on the trunk lid completes the flamboyantly athletic look. 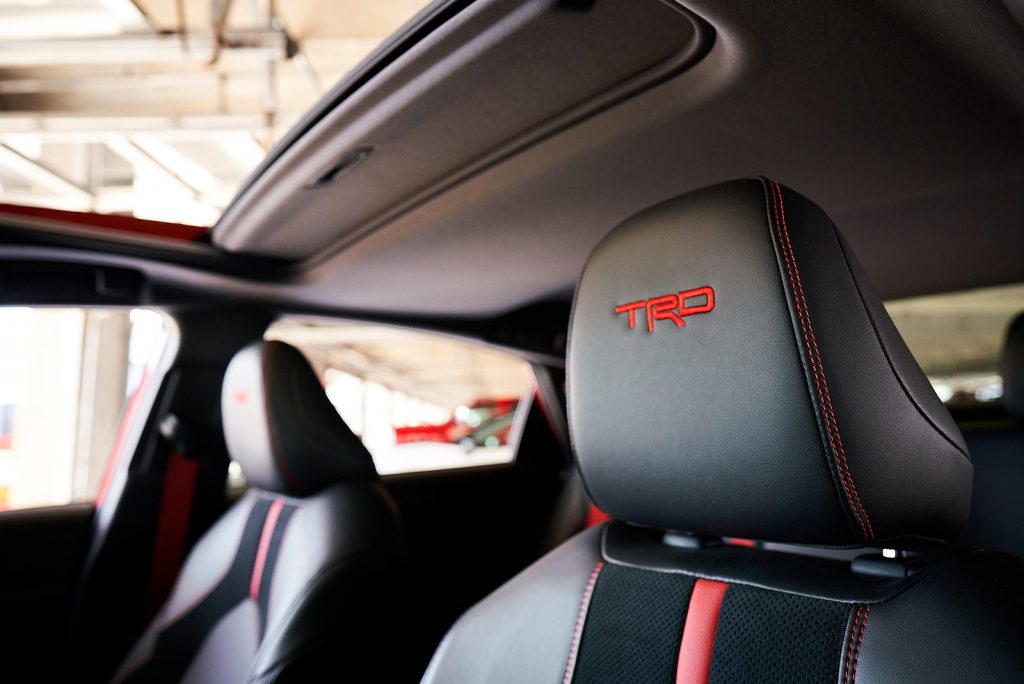 The Avalon TRD has special badging inside and out, including eye-catching red accents in the cabin.

From a logical standpoint, the Avalon checks off all the right boxes for a full-size car. It’s spacious, comfortable and packed with enough tech and luxury features to make it ideal for road trips. Even the fuel economy, rated at 31 mpg on the highway, isn’t bad at all.
It’s encouraging that Toyota did something so adventurous with the Avalon, a decision company leaders wouldn’t have made a decade before.
While I still struggle to imagine who the ideal Avalon TRD buyer is, this car is definitely doing its mission: changing perceptions about what its flagship sedan can be, proving the Avalon can do more than comfort. It can be cool, too.
Pricing starts at $35,875 for the base Avalon XLE, or $37,000 for the hybrid version. The TRD is priced from $42,375, roughly in line with the more luxury-oriented Touring and Limited trims. The Hybrid Limited tops the lineup $43,300.

Why buy it?
It gives the roomy, comfortable Avalon a firmer ride and more responsive feel for driving enthusiasts.