Half SUV, Half Muscle Car

The Dodge Durango continues to answer an oddball question: Can you mix a muscle car with an SUV?
Combining car-like attributes with SUV-like capability has resulted in the most popular vehicles for sale today, crossovers. But the Durango puts a unique twist on that formula by prioritizing performance and handing at a level that’s rare to see outside of a few hyper-expensive German vehicles.
While that’s certainly true of the version I tested — the high-performance SRT, priced around $63,000 and powered by a 6.4-liter, 475-horsepower HEMI V8 — it also holds true for the more affordable flavors. Even the base version priced at less than half of the SRT, for example, gets reasonably snappy handling and a 295-horsepower V6 that can tow 6,200 pounds with the right equipment.
The SRT, though, takes performance to a different level. Dodge calls it the fastest three-row SUV in the world, something easy to believe every time I step on the gas pedal.
Aside from the monster engine that helps it rocket from a standstill to 60 mph in 4.4 seconds, it also gets gigantic Brembo brakes with vented rotors, a suspension with active damping, stiffer front springs, a rear sway bar and a unique exhaust with a deep, growling exhaust note. 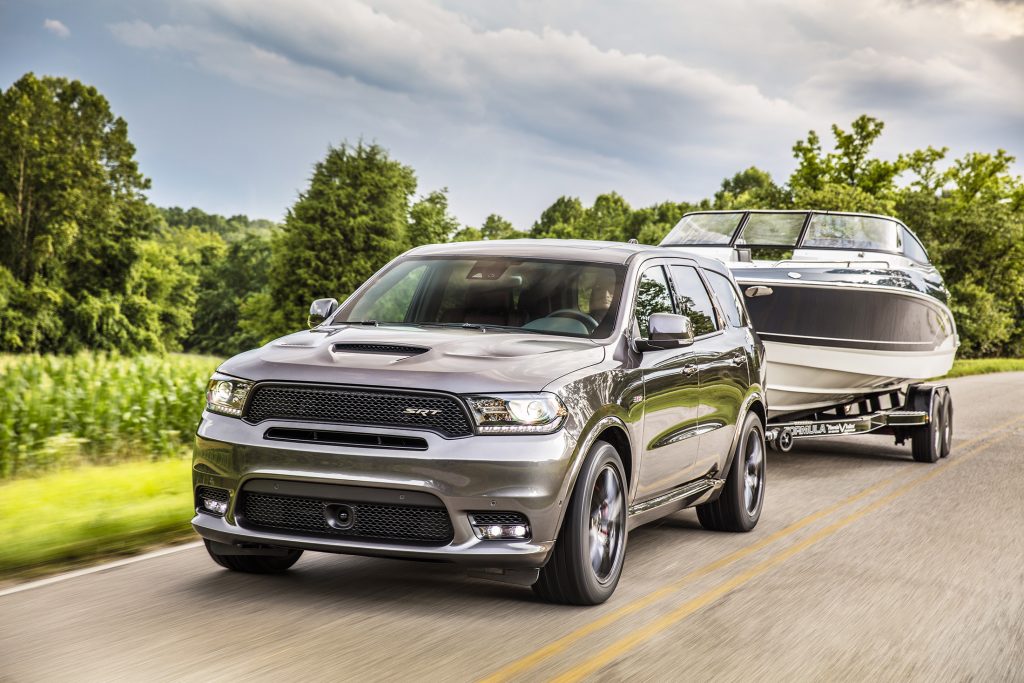 The Dodge Durango mixes muscular styling and performance with the towing and off-roading ability of an SUV. Its high-speed SRT version is the fastest three-row SUV in the world, Dodge claims.

It’s a thrilling machine, and it comes at a price that undercuts its luxurious German competitors. Even smaller, two-row performance SUVs from BMW, Mercedes-Benz and Porsche all cost many thousands more for the same heart-rate-raising sensations.
Granted, the quick SRT is just one in a wide range of flavors for this capable family hauler.
The base version, called the SXT, starts at $30,445 and is aimed at value shoppers who want a roomy three-row cabin and serious out-of-the-box capability without paying for extras.
The sporty GT offers some of the muscular look and feel of pricier trims — including the same front fascia as the SRT this year — for $34,895.
If you want the smooth-riding, sumptuous version, you can get the upscale Citadel that competes with luxury brands in features and refinement. It adds standard captain’s chairs on the second row as standard equipment this year and is priced from $43,245. 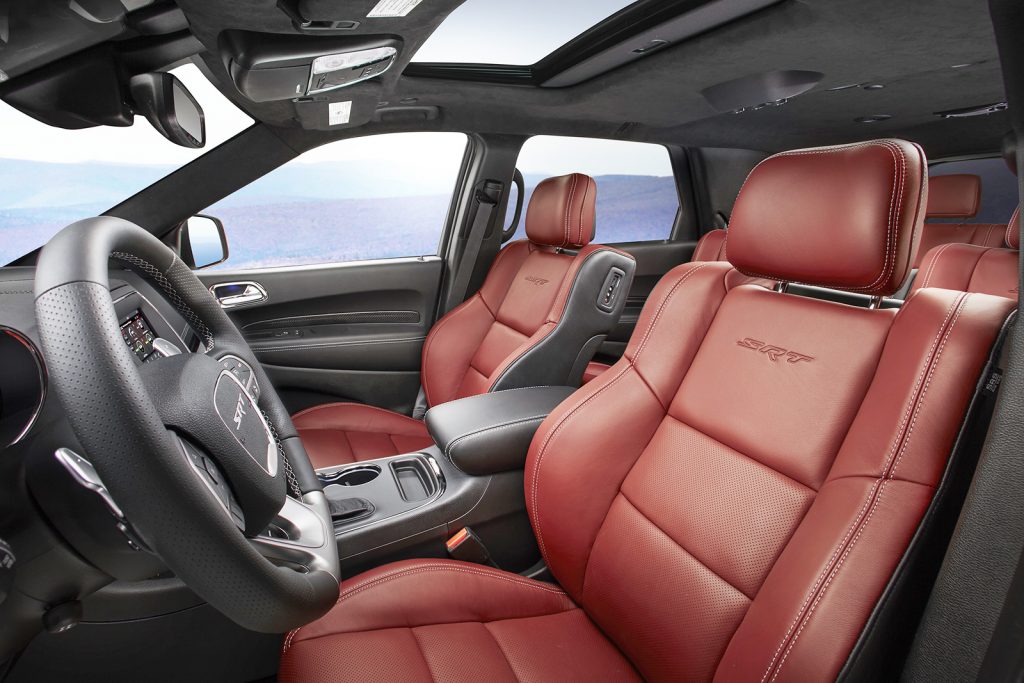 The Durango’s cabin is spacious and comfortable. Depending on the trim level, it also can feel sporty, luxurious or a combination of both.

The R/T version offers a lot of bang-for-the-buck performance with a 5.7-liter HEMI V8 that’s slightly smaller than the SRT’s engine. Priced around $44,000, it offers many of the SRT’s fantastic visceral feelings while saving nearly $20,000.
The downside of the Durango’s power and capability is fuel economy. The V6 is rated at 19 mpg in city driving and 26 on the highway, which isn’t bad for the horsepower it produces but will cost more at the pump than the turbocharged four-cylinder engines in many of its competitors.
My SRT tester is rated for 13 mpg in city driving and 19 on the highway.
A common denominator across all the Durango models, though, is serious SUV capability. It can do more than most crossovers for sale today thanks to its powerful engines and stout frame that are designed to tow heavy loads, not just haul kids to baseball practice.
It also is based on the same platform as the spectacular Jeep Grand Cherokee. That means it’s capable of doing some meaningful off-roading with all-wheel drive and 8.1-inch ground clearance, even if it lacks some of the off-road goodies from its Jeep cousins.

Why buy it?
It has the off-road and towing capability of an SUV mixed with the attitude and growling performance of a muscle car.