I’ve long joked that if Alfa Romeo made a minivan, that’s what I’d drive.
Now Alfa is offering the next best thing: a four-door SUV that’s a good fit for families while still delivering Italian mystique.
New for 2018, it’s called the Stelvio — a name that makes it sound like it should be modeling on the cover of romance novels — and is the most practical vehicle Alfa has sold in the United States since its re-launch in 2014.
If you don’t know much about Alfa Romeo, you can be forgiven because the brand spent nearly two decades without selling any cars here. When Alfa came back, it started with only one vehicle: a drop-dead gorgeous, but eminently impractical, sports car called the 4C that sold in microscopic numbers.
While the 4C embodies everything enthusiasts love about Alfa — gorgeous styling, operatic exhaust notes and a driving experience that borders on the spiritual — it isn’t something that appeals to the masses.
That’s what the Stelvio is supposed to do. 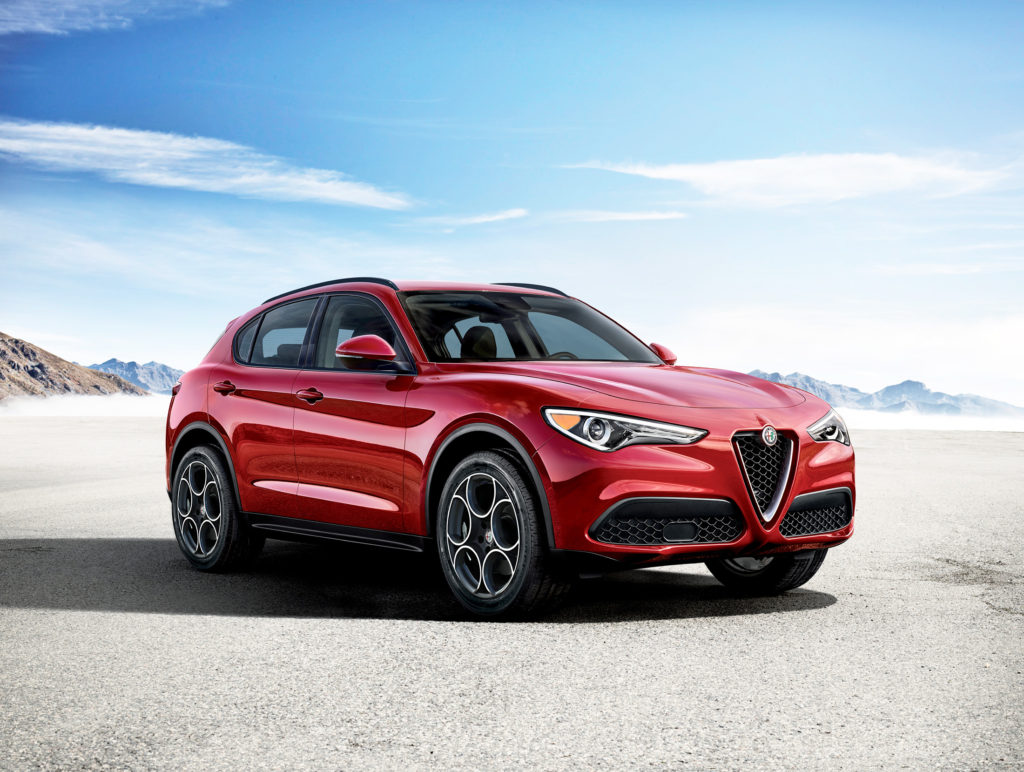 The 2018 Alfa Romeo Stelvio draws attention with its unusually styled front end, offering a healthy does of Italian design in a category more often known for looking boring.

As a crossover, the Stelvio checks all the boxes that make this category the fastest growing part of the automotive industry today. It has reasonable space for families, a generous cargo area in back, an upright stance for a good view of the road and not-so-bad gas mileage at 28 mpg on the highway.
The fuel-burn number looks even better when you hear what’s under the hood. The Stelvio makes 280 horsepower and 306 pound-feet of torque from its 2.0-liter turbocharged four-cylinder engine, giving it muscular performance to justify its premium starting price around $42,000.
What sets it apart, though, can’t be quantified in numbers.
Alfa Romeo’s vehicles have a spirit about them that’s difficult to describe. You have to drive one to understand it, but every Alfa I’ve driven has a unique swagger that makes it feel less like a machine and more like an animal. And with the Stelvio, Alfa is trying to inject some of those animal spirits into a category that typically feels like an appliance.
To do that, the Stelvio relies on three key techniques: styling, sound and braking.
Alfa’s designers did a remarkable job sculpting the basic crossover shape, which often comes across as frumpy to my eyes, into something sexy and elegant. In my week driving the Stelvio, I heard lots of compliments about how great it looked, mainly thanks to its unusual front end that draws to a point like a distinctively Roman nose. 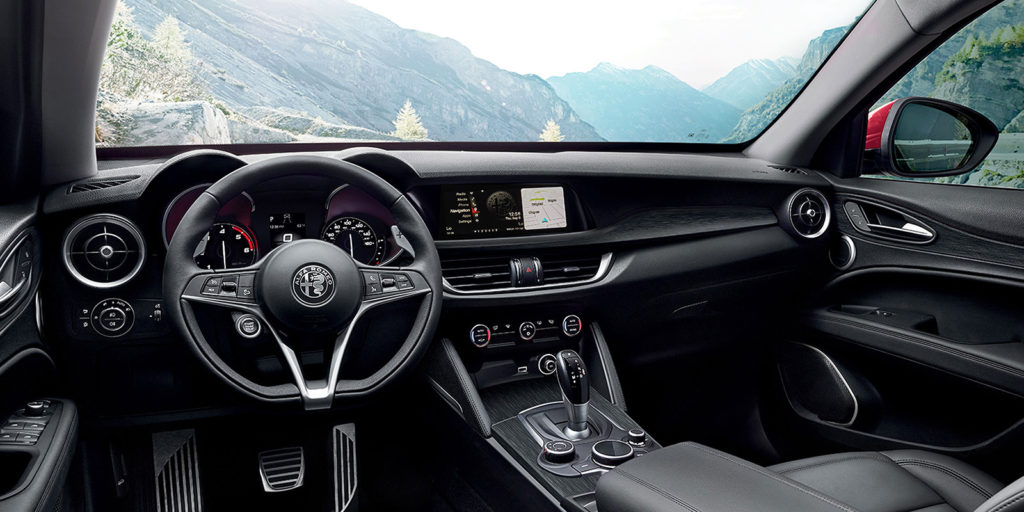 The Stelvio’s distinctive design carries over into its cabin, with a steering wheel inspired by Formula One and tasteful aluminum trim.

I don’t think I’ve ever heard more compliments about a family-friendly vehicle before.
The sounds are also spectacular. The exhaust note in my Stelvio Ti tester had a deep, rich, song-like resonance under acceleration that makes it sound like something special. At the same time, it doesn’t drone or make too much of a racket at highway speeds like aftermarket exhausts tend to do.
Finally, the brake feel in the Stelvio is unlike any other crossover. The connection between the driver’s foot and the four-piston Brembo front brakes feels instant and metallic, a dramatic difference from the spongy sensation of most modern SUVs.
Pricing starts at $41,995 for the base model and $43,995 for the sportier Ti. My tester with the sport package, sunroof and several tech upgrades rings up at $53,640.

Why buy it?
It injects the Italian character of Alfa Romeo into a practical, popular crossover package. Its looks, sound and driving feel are all distinctively different from most SUVs.