Lexus, Infiniti, Mercedes, Cadillac and Kia: In the timeless words of “Sesame Street,” one of these things is not like the other.
While most luxury brands have spent decades honing their upper-class images, Kia started its life doing just the opposite — making the cheapest of the cheap economy cars for people buying on a budget.
Today, though, Kia is building cars that exude the same air of sophistication and exclusivity as those luxury brands, something that’s especially the case with the new Cadenza.
The Cadenza, an all-new model introduced for 2014, is an upscale, mid-size car that shows just how much Kia has improved in recent years. Its build quality feels as tight as a Lexus, styling looks as athletic as a BMW and cabin is as sumptuous as anything on the market.
In fact, my overall impression after driving the Cadenza for a week is that it feels like the kind of car that usually comes with a $50,000 to $60,000 price tag. Its starting price is around $35,000, though, and my test car rang up at $41,900, showing how Kia still aims to provide a good value even as it moves upscale. 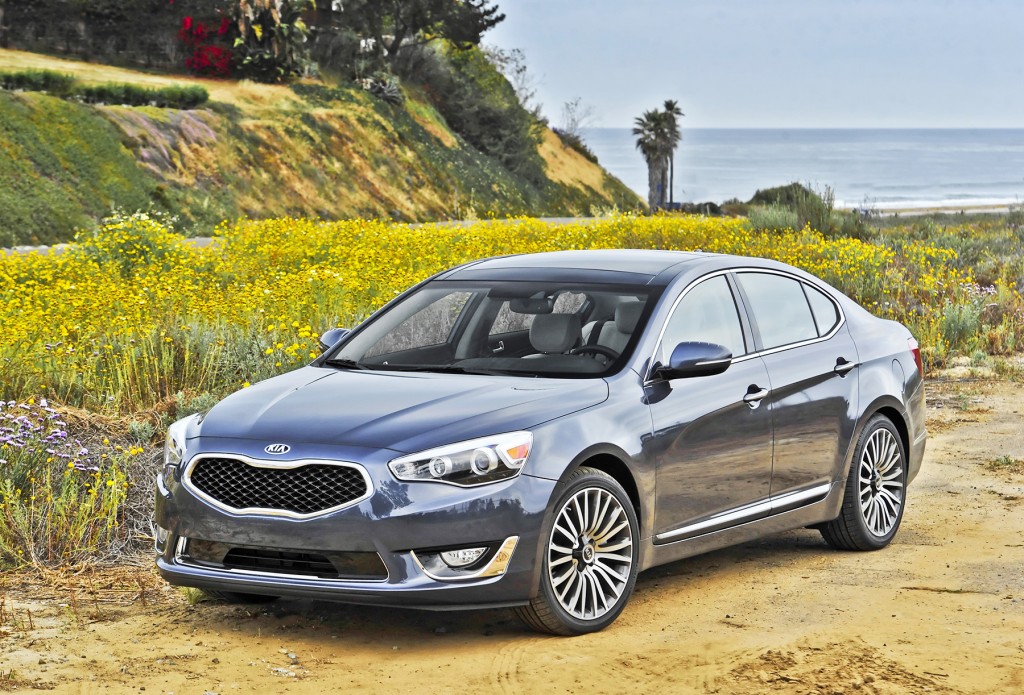 While it’s not a true sports sedan, the Kia Cadenza takes some design inspiration from BMW. This mid-size car is Kia’s latest move upmarket.

Will luxury-brand buyers actually show up at the Kia lots to compare it? It’s tough to say, seeing how brand-conscious many of those buyers can be. But anyone looking for a bargain on a high-content, high-style sedan should take a close look at the Cadenza.
It feels like a premium car in many ways. It has the kind of cabin that makes you want to run your hands over all the materials — the smooth leather on the seats, the soft texture on the dash and the headliner that feels like suede.
My test car came equipped with the luxury package that added all kinds of other goodies, such as a panoramic sunroof, heated and cooled seats covered in premium Nappa leather, a heated steering wheel and power rear sunshade. When you add in things like adaptive cruise control and a brilliantly designed navigation and entertainment system in this car, it feels a lot like something you would expect from a Mercedes, Infiniti or Audi.
Power comes from a 3.3-liter V6 that uses direct injection to produce 293 horsepower. That makes it Kia’s most powerful V6 ever offered, and it makes it fast and muscular — just like a luxury car should be — while still getting a respectable 28 miles per gallon on the highway.
While the Cadenza is roomy on the inside, it drives like a smaller car. The steering, suspension, turning radius and brakes all work together to make it feel nimble and zippy. I wouldn’t quite call it a sports sedan, but it does lean more toward the sporty side and less toward the soft, squishy side of the driving spectrum. 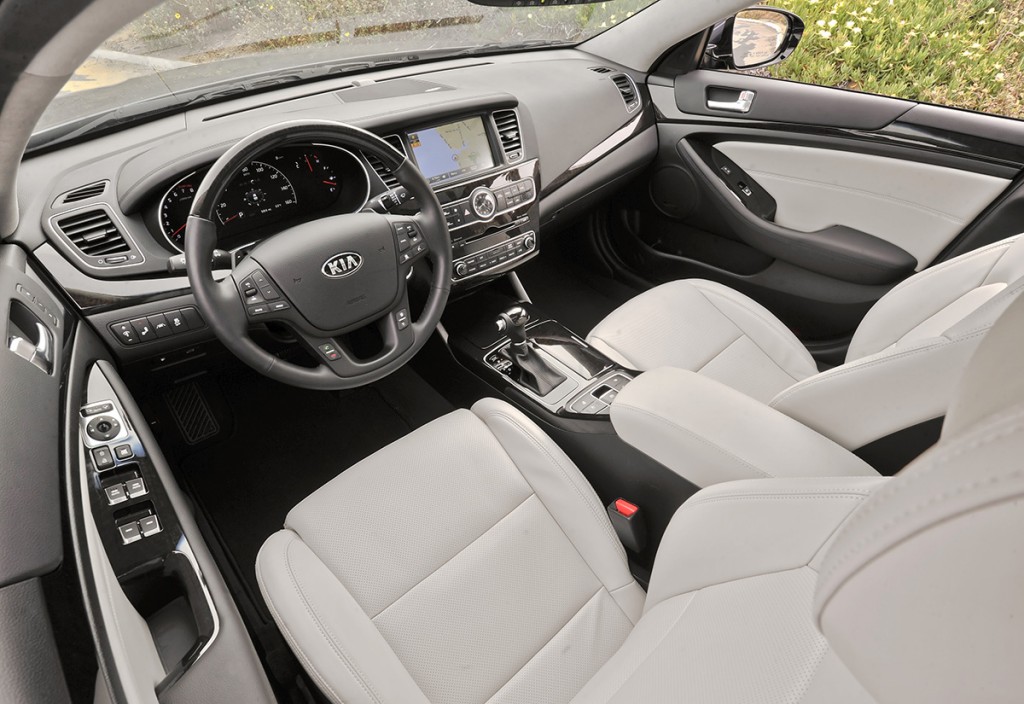 The new Cadenza has a lot of strong points, but one of the best is the cabin. With tight construction and lots of soft-touch materials, including an available suede-like headliner, it exudes a premium feel.

For now, at least, I think it lacks one thing: a more frugal option for the drivetrain. Some of its competitors have hybrid versions or diesel engines that get better gas mileage.
Still, if I were in the market for an upscale sedan right now, this one would be near the top of my list. It’s the latest in a long series of pleasant surprises from Kia.

Why buy it?
It’s a wonderfully luxurious car that’s still a good value. It has a premium, exclusive feel with a starting price around $35,000.